Hemp is a sustainable, renewable product that was used for many things until other industries clamped down on its cultivation. George Washington pushed for the growth of hemp as it was a cash crop commonly used to make rope and fabric. In May 1765 he noted in his diary about the sowing of seeds each day until mid-April. Then he recounts the harvest in October which he grew 27 bushels that year. It is sometimes supposed that an excerpt from Washington's diary, which reads "Began to seperate [sic] the Male from the Female hemp at Do.&—rather too late" is evidence that he was trying to grow female plants for the THC found ...

…
Another claim is that Mellon, Secretary of the Treasury and the wealthiest man in America at that time, had invested heavily in DuPont’s new synthetic fiber, nylon, and believed[ dubious – discuss ] that the replacement of the traditional resource, hemp, was integral to the new product’s success.[152][157][158][159][160][161][162][163] DuPont and many industrial historians dispute a link between nylon and hemp, nylon became immediately a scarce commodity.[ clarification needed ] Nylon had characteristics that could be used for toothbrushes (sold from 1938) and very thin nylon fiber could compete with silk and rayon in various textiles normally not produced from hemp fiber, such as very thin stockings for women.[156][164][165][166][167]
…

ETA: Okay, upon reflection, that doesn’t belong in Breaking News. My bad. It just makes me so mad that hemp and cannabis have been demonized for no reasons beyond profit. Regular ciggies and booze make lots of money for producers and the government (taxes). I’m cranky. Need lunch. Running out of edit time, too.

This is why I moved to Oregon. We have our priorities straight.

“You have some new issue? OK, let’s see how it relates to pot.”

Here’s a link to the abstract:

Cannabinoids Block Cellular Entry of SARS-CoV-2 and the Emerging Variants -...

As a complement to vaccines, small-molecule therapeutic agents are needed to treat or prevent infections by severe acute respiratory syndrome coronavirus-2 (SARS-CoV-2) and its variants, which cause COVID-19. Affinity selection-mass spectrometry was... Justices deliver mixed outcome on administration’s Covid-19 mandates, upending the government’s most aggressive effort to combat the pandemic in the workplace.

Kavanough & Roberts were in both majority rulings. Breuer, Kagan, and Sotomayor would have allowed the OSHA rule for large employers to stand. Thomas, Alito, Gorsuch, and Barrett objected to both mandates.

‘Put Ya’ Lighters Up’: New Study Finds Cannabis Could Block COVID-19 From Entering The Body

Note that I posted the same news three posts up from this. 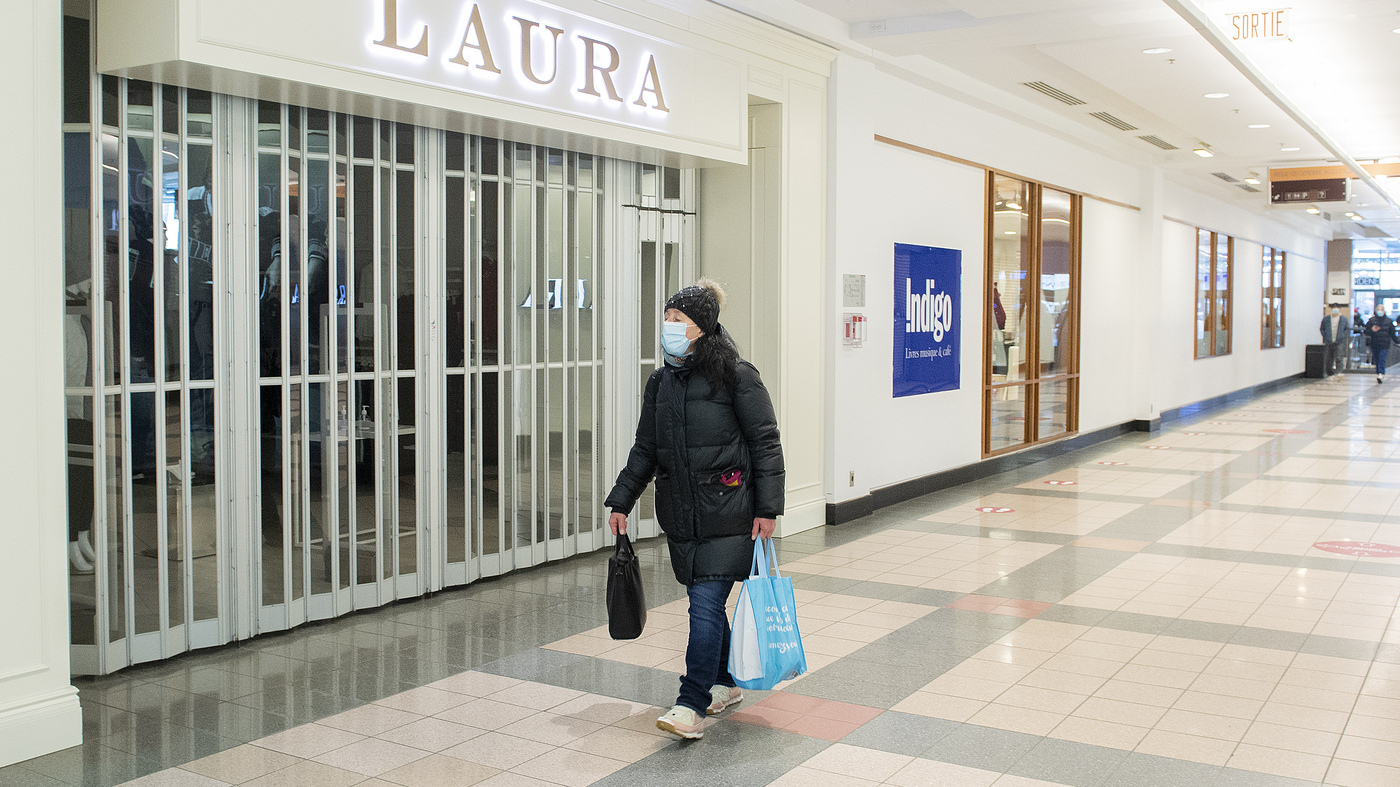 In Quebec, people who refuse to be vaccinated for COVID will face a financial...

The Canadian province's premier said not getting vaccinated leads to consequences for the health care system and not all Quebecers should pay for that.

Premier Francois Legault said not getting vaccinated leads to consequences for the health care system and not all Quebecers should pay for that.

He said the levy will only apply to people who do not qualify for medical exemptions. It is the first time a government in Canada has announced a financial penalty for people who refuse to be vaccinated against COVID-19.

Massachusetts wastewater numbers continue to decline. This looks real, and has been a fairly reliable leading indicator. I think this wave will soon decline in the northeast:

Meanwhile in New Hampshire the opinion is that we’re just at the beginning of the omicron surge, with a model predicting cases will rise through February. But don’t worry, the state board of education just moved to prevent remote schooling, so it won’t be a disaster or anything

And rumor, via the WMUR covid newsletter, has it that the state’s moving to only reporting deaths weekly.

FRANKFURT, Germany (AP) — The risk of recession is looming for Germany after Europe’s biggest economy shrank at the end of 2021 and as it faces a bumpy start to this year, with the rapid spread of COVID-19's omicron variant deterring people from...

Output in Germany fell by between 0.5% and 1% in the fourth quarter, the state statistics agency Destatis said Friday. Forecasts are also shaky for the first three months of 2022, and two straight quarters of falling output would leave Germany in recession, according to one commonly used definition.

Germany helps set the pace for the entire eurozone, the 19 European Union countries that use the euro currency and one of the world’s largest economies. Many German companies have suppliers or factories in other European countries, so Germany’s business activity can boost growth for its neighbors.

For all of last year, the German economy grew 2.7%, rebounding from a plunge of 4.6% in 2020 when pandemic lockdowns were at their most severe.

German growth remains below its pre-pandemic level and lags the estimated eurozone figure of 5% as performance was less robust than several other major economies such as France, Spain and Italy.

That’s 35 states plus DC recording highest-ever numbers of daily reported cases (7-day average) of COVID. Most other states have experienced record highs within a week or so.

The US as a whole records 950089 cases yesterday (7=day average), another world record.

I’m going to pull a quote from this article, as it got largely ignored yesterday:

… The Associated Press has recently told its editors and reporters to avoid emphasizing case counts in stories about the disease. That means, for example, no more stories focused solely on a particular country or state setting a one-day record for number of cases, because that claim has become unreliable.

There’s a shift afoot regarding how raw case counts should and will be reckoned. The impact of this shift is yet to be determined.

There’s a shift afoot regarding how raw case counts should and will be reckoned. The impact of this shift is yet to be determined.

They certainly have a point. Different sources give different numbers (as people keep pointing out to me), and trying to compare numbers from two different sources is pretty hopeless. And no one doubts that there are lots of underreported cases.

But I’ve been sticking to the same metric throughout - seven-day averages of daily reported cases as generated by Johns Hopkins (however they make their determination). They, at least, ought to be consistent in their methodology, and one ought to be able to compare their results with those from some other date. But I make no claims about comparing these to data generated elsewhere. In short, I think these daily record highs I’ve been reporting have some value in observing the trends.

And the biggest point – the reason I’m reporting this in the first place – is that we won’t have the numbers under control until no state is reporting a new record high for several days running. The fact that we’re getting new record highs (often for several days from the same state) indicates that we’re nowhere near this point. I had stopped reporting for weeks on end when we were at the lulls during the summer.

But I’ve been sticking to the same metric throughout - seven-day averages of daily reported cases as generated by Johns Hopkins (however they make their determination) .

Just as an aside … how do you get the 7-day case averages on Johns Hopkins? I didn’t have any problem navigating to the page below (and I saw the red-&-pink-squares map on the way there), but I don’t see where “7-day average” is explicitly indicated the way, i.e., Worldometers does. 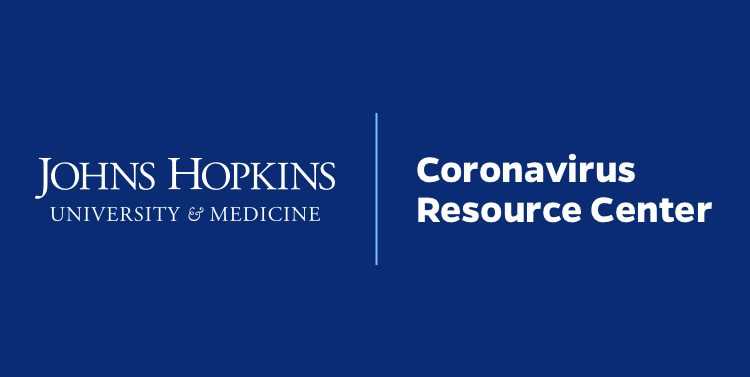 Have we flattened the curve in the US? - Johns Hopkins

Daily Confirmed Case Trends (7-Day Moving Average) in the US

EDIT: And as I post the link … the parenthetical “7-Day Moving Average” message pops up. Is that the Johns Hopkins site default setting? Compare with Worldometers, where users have to explicitly set the graphics to display raw counts of “Daily Cases” vs “7 Day Moving Average”.

Dickered around on Johns Hopkins and stumbled onto this – the graphics make more sense now: 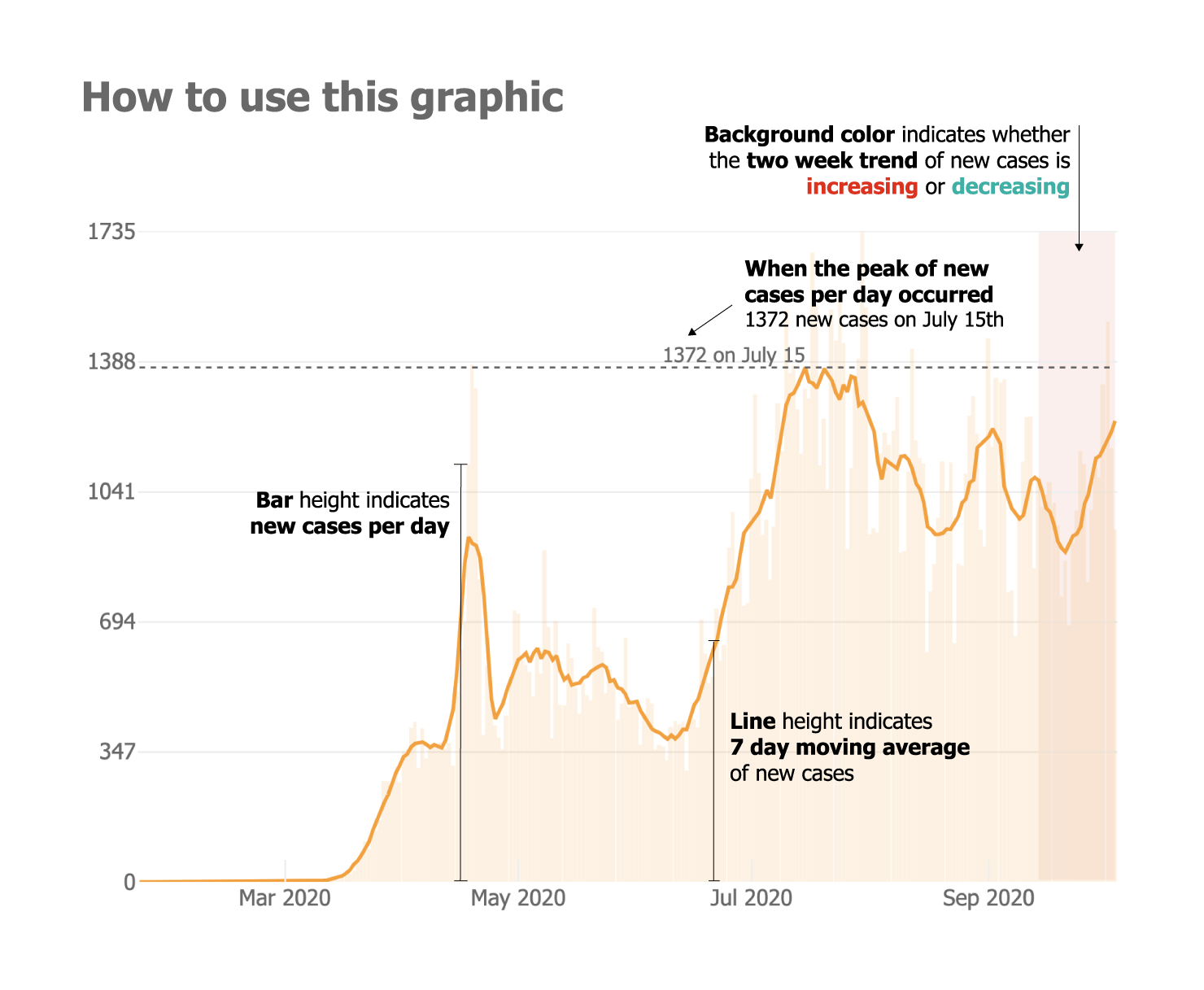 Arizona in hot water with the Feds again: 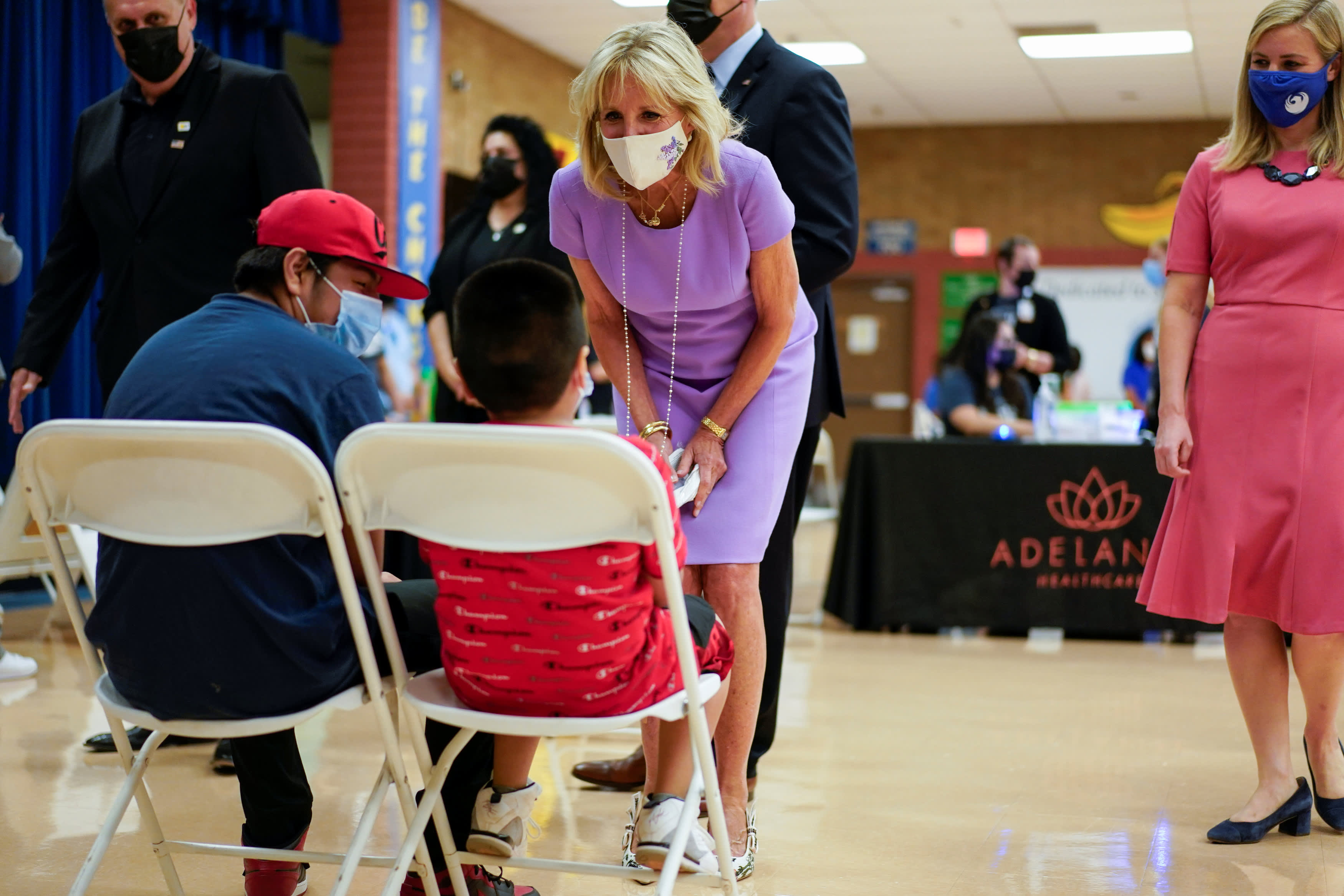 Biden administration threatens to claw back Covid funds from Arizona over...

GOP Gov. Doug Ducey has 60 days to change the disputed programs or the Biden administration may take back that Covid stimulus money, Treasury said.

The Biden administration on Friday threatened to rescind millions of dollars in federal coronavirus aid for Arizona, accusing the state of using the funds to undermine efforts to stop the spread of the virus.

If Arizona fails or refuses to comply with Treasury’s demands, the Biden administration may claw back that stimulus money and withhold a second tranche of pandemic relief funding, Treasury said. 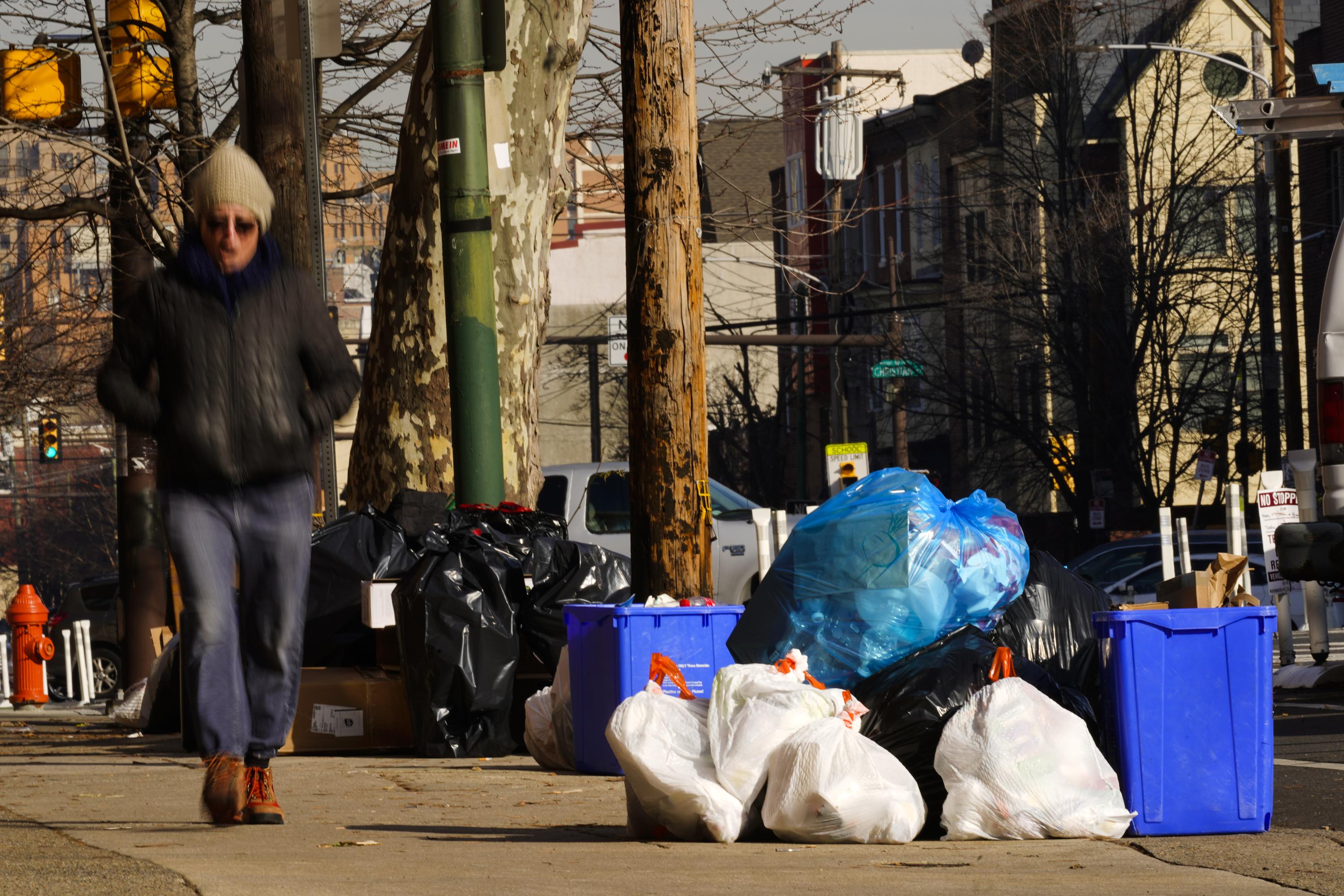 NASHVILLE, Tenn. (AP) — The omicron variant is sickening so many sanitation workers around the U.S. that some cities have had to delay or suspend garbage or recycling pickup, angering residents shocked that governments can’t perform this most basic...

The slowdowns have caused recycling bins full of Christmas gift boxes and wrapping paper to languish on Nashville curbs, trash bags to pile up on Philadelphia streets, and uncollected yard waste — grass clippings, leaves, branches — to block sidewalks in Atlanta.

“You know that they could find the money to do it if they wanted to,” she said. “If it was a business that wanted to come in here, they would dump money in to make it happen.”

Cities including Atlanta, Nashville and Louisville are so shorthanded they have temporarily stopped collecting things like recyclable bottles, cans, paper and plastic, yard waste or oversized junk to focus on the grosser, smellier stuff. The delays are more than annoyance to residents, creating problems such as clogged storm drains and blocked sidewalks.

This next part is great:

Nashville City Council member Freddie O’Connell was just as surprised as his constituents when he received notice before Christmas that the city was halting curbside recycling.

“I was just stunned there wasn’t an alternative or a back-up plan,” he said. “No hot line for people who are mobility impaired or don’t have reliable access to a car” to carry their recyclables to a central drop-off site.

“It feels like a failure of governance,” he added.

In case you thought it was over: 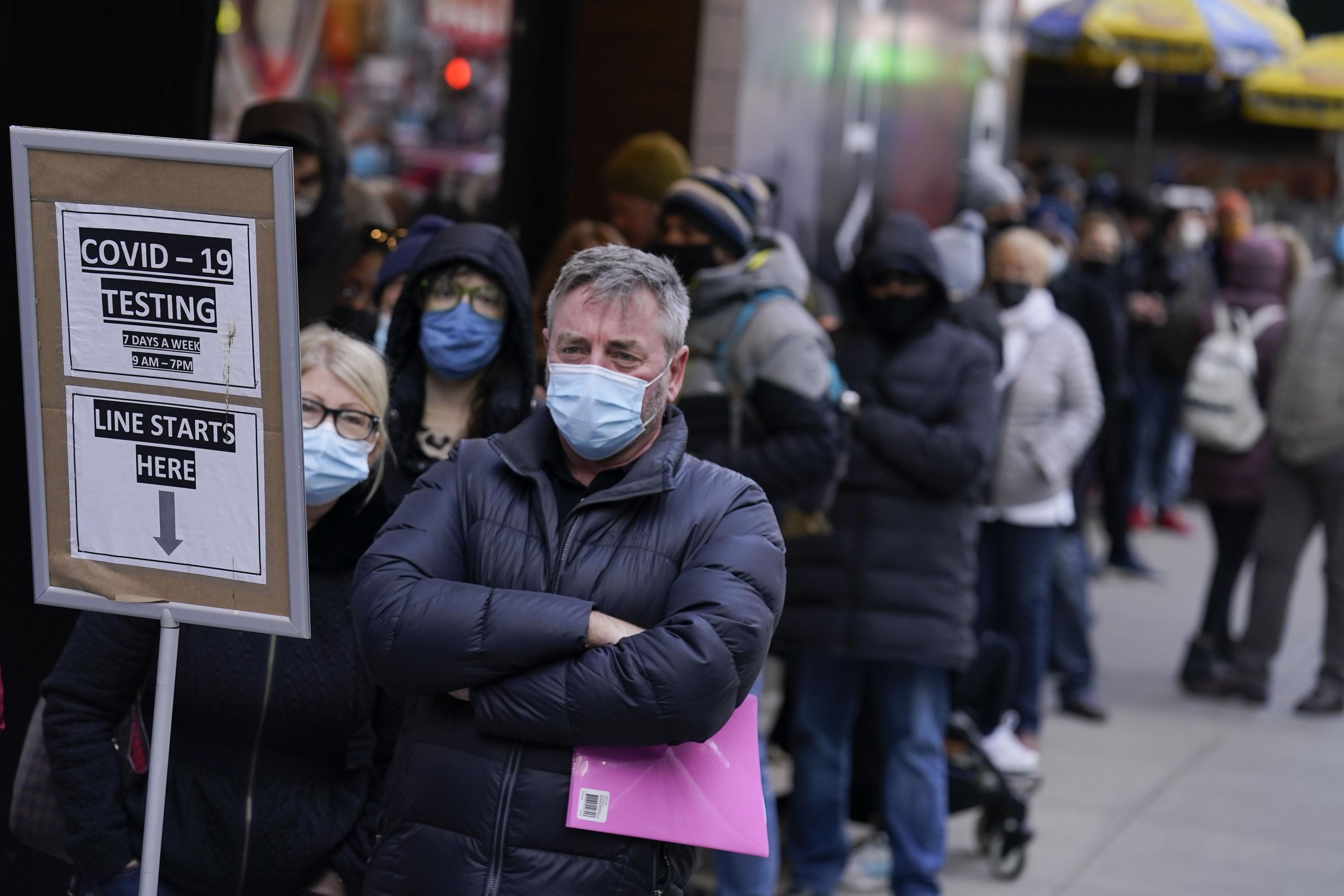 Get ready to learn more Greek letters. Scientists warn that omicron’s whirlwind advance practically ensures it won’t be the last version of the coronavirus to worry the world. Every infection provides a chance for the virus to mutate, and omicron...