Thanks for the helpful and informative replies!

I just found out there’s an urgent health team that makes house calls! Since I live alone and can’t drive, I’ve been wondering what I’d do if I got a breakthrough case. I wouldn’t want to ask a friend to take me to get tested. With this place, you set up an appointment, and a care team comes to you. They can do anything a bricks-and-mortar urgent care can do, including COVID testing.

I think it’s a national company, so I’m passing this along in case others are in the same boat, for COVID or any other health issue.

In the United States of America??

Sorry, I can’t remember where you live.

Yes! I’m in western Washington State. This place seems to operate in many different states. Who knew? They were recommended by several people on nextdoor.

Video: ‘Shut up’: Teen mocked over masks at school board meeting (cnn.com)

Text article: (11) Student whose grandma died of Covid-19 mocked at school board meeting while he advocated for masks (cnn.com)

I’m worried about my family. If I get Covid, I’m going to bring it to my family. I talk to my grandparents a lot. They’re higher risk than me, so I don’t want to give them Covid. This time last year, my grandmother, who was a former teacher at the Rutherford County school system, died of Covid because someone wasn’t wearing a mask,

This elicited laughter and jeers, and calls for him to shut up.

I can just see these people around their town…

'Hi, how are you?
‘Awful. My children died of covid.’
‘They did? Ahahahahahahahaha! That’s the funniest thing I’ve heard today!’

I frequently see data showing how many people in an area have had one dose of vaccine versus how many have had two doses. Questions:

I just found out there’s an urgent health team that makes house calls! Since I live alone and can’t drive, I’ve been wondering what I’d do if I got a breakthrough case. I wouldn’t want to ask a friend to take me to get tested. With this place, you set up an appointment, and a care team comes to you. They can do anything a bricks-and-mortar urgent care can do, including COVID testing.

Sounds good! What’s the name of the company?

Video: ‘Shut up’: Teen mocked over masks at school board meeting (cnn.com)

Some bullies never grow up.

I hope I am wrong, but: There was an event in history called “The Children’s Crusade”. With all of the school reopenings, in a few weeks the press might be referring to “The Children’s Surge.”

Ahem. There might not be any permanent medical exemptions for the COVID vaccine. From this article:

There are no known medical conditions which absolutely prevent a person from getting a Covid-19 vaccine.

What?? What about allergies?

“Around 5 in a million people experience what appears to be a severe allergic reaction to the Covid-19 vaccines,” said David Stukus, MD, a Professor of Pediatrics in the Division of Allergy and Immunology at Nationwide Children’s Hospital in Columbus, Ohio. “We initially thought that individuals with allergy to vaccine ingredients called polyethylene glycol, or polysorbate may have been those experiencing reactions because there are virtually no other components of the mRNA vaccines or Johnson & Johnson that are really identified as causes of allergic reaction. But after investigation, these don’t appear to be the cause of this very rare anaphylaxis,” added Stukus.

Yes, the article says, 5 people in a million experience anaphylaxis, but…

Stukus also suggests that some reactions initially identified as an allergic, anaphylactic response may not even be that in reality.

“Many of these suspected allergic reactions simply aren’t due to allergy, but they have symptoms that can mimic an allergic reaction. There’s something called a vagal response which has similar symptoms - you can pass out, you get very sweaty, you get pale, you feel tingly, you can vomit, you feel pretty awful, but its not an allergic response,” said Stukus.

As for everything else? Well, there really are no other known medical conditions which clearly warrant consideration for a vaccine exemption in those > 12 years old who are currently eligible.

I had an anaphylactic response to one of my chemo treatments after a visiting pharmacist changed the dosage on my Benadryl. I said to the nurse, “I’m going into an anaphylactic reaction.” I’d never had one, but I read books. She interviewed me as she shut off the chemo and started up more Benadryl. She kept an eye on me as she called my oncologist. My medication was slowed down and the Benadryl adjusted. End of story. That’s why you do some treatments, including the COVID vax, in a facility with staff. “Anaphylaxis” is not a big deal for most patients if someone is on hand to manage it.

State Sen. Lora Reinbold was banned by Alaska Airlines for refusing to wear a mask.

The article says that in the past, she travelled through Canada to get to Juneau. It’s time Canada banned her from entry.

The article says that in the past, she travelled through Canada to get to Juneau. It’s time Canada banned her from entry

She doesn’t actually need to go to Canada to take a ferry there, but it would probably add a couple days to the journey.

a Delta flight that connected in Seattle

Correct me if I’m wrong, but isn’t Delta now also getting strict about masking? 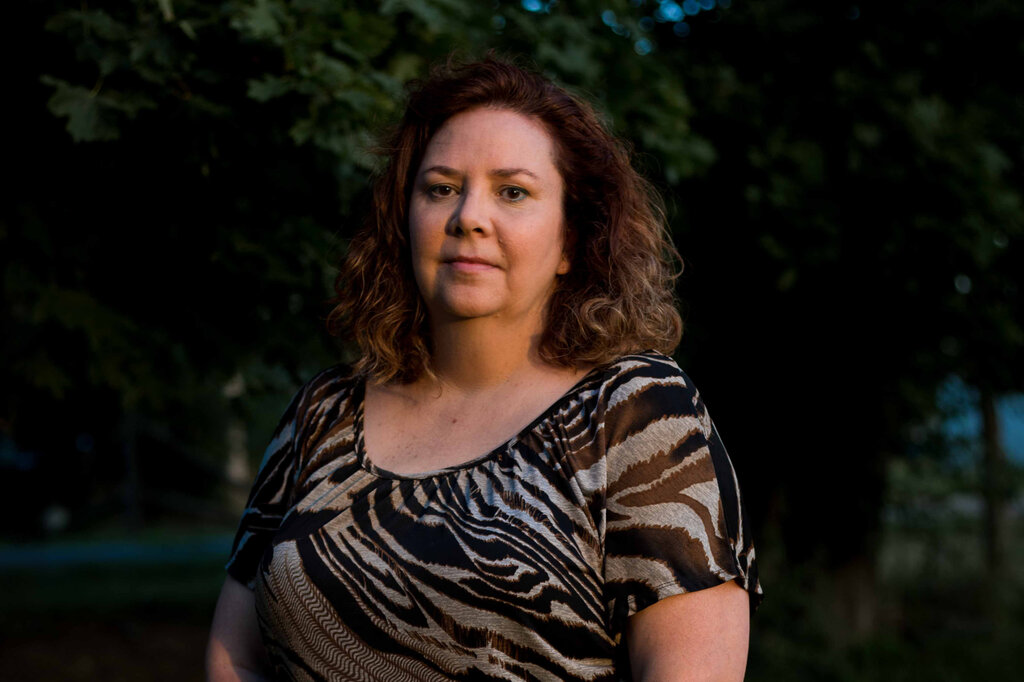 Vaccine Resisters Seek Religious Exemptions. But What Counts as Religious?

Major denominations are essentially unanimous in their support of the vaccines against Covid-19, but individuals who object are citing their personal faith for support.

Sure - there is a solid history behind churches selling indulgences for profit.

It’s not just the MAGAbots who are anti-vax. Some of the anti-vaxxers are crystal-sucking New Agers. How wellness influencers are fueling the anti-vaccine movement

For years, the wellness world has been entangled with vaccine hesitancy. Amid covid-19, the consequences are starker than ever.

Glance at Jessica Alix Hesser’s Instagram page, and you may feel a little like you’ve just opened up a pamphlet for a meditation retreat. Amid photos of lagoons and a waterfall, Hesser (eyes closed, one hand touching the side of her face) is awash in rainbow-hued lens glare, or soaking in a bath with flowers floating on top. Her website contains blog posts recommending natural cardamom floss and Gregorian chants.

Sprinkled throughout, however, are posts where Hesser urges her nearly 37,000 followers to question the safety of the vaccines. “Would you sign your children up to be part of a pharmaceutical trial and take them into a lab to get shot up with some experimental drug created by a criminal company?” she asks in one June post. In another one from April, she writes that “many of you have heard about the large number of poke-free women” experiencing changes in their menstrual cycles “after spending time with people who got the jab.” Medical experts say that’s impossible. Hesser did not respond to requests for comment.

For many, the term “misinformation” conjures up images of conspiracy-theory chat forums and Russian bots. But an alarming amount of it is reaching audiences in the health and wellness realms. Many social media influencers who focus on natural remedies, holistic health and new age spirituality have been sharing posts and videos questioning the wisdom of vaccinating against the coronavirus. Public health experts say widespread vaccine hesitancy increases the threat of the virus mutating and helps keep the pandemic raging.
…

Oh, it’s the New Age Woo anti-vaxx crowd that I’ve had to deal most often. Hesser is just their cup of tea.

And here’s that nightmare case we’ve all dreaded: 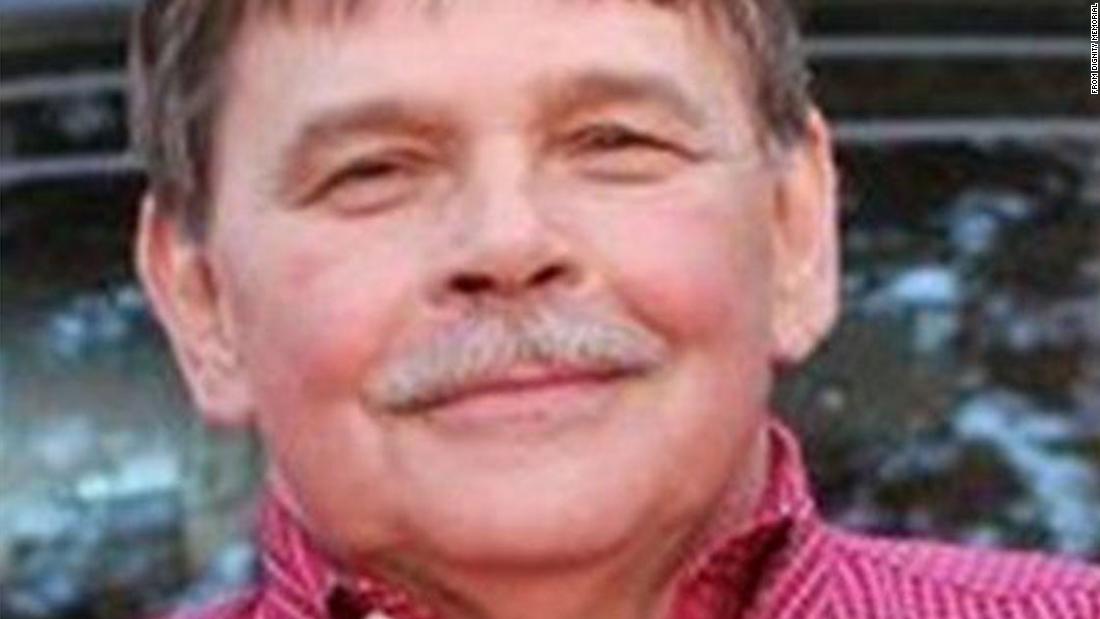 A heart patient died after he couldn't get a cardiac ICU bed in 43 hospitals....

Ray DeMonia wasn't seeking Covid-19 treatment when he arrived at an Alabama hospital. He had already been vaccinated. But the 73-year-old became an indirect victim of Covid-19 patients filling hospitals and ICU beds.