Covid test for flight to Hawaii... what if the flight is rescheduled?

We are headed to Maui next week (fingers crossed), and my son is too young to be vaccinated, so requires a Covid test. The tests that Hawaii accepts have to be done at most 72 hours before departure.

What happens if our flight is delayed? We’ve scheduled his to have some wiggle room, but if we end up on the next day’s flight, we’ll be outside the 72 hour window. 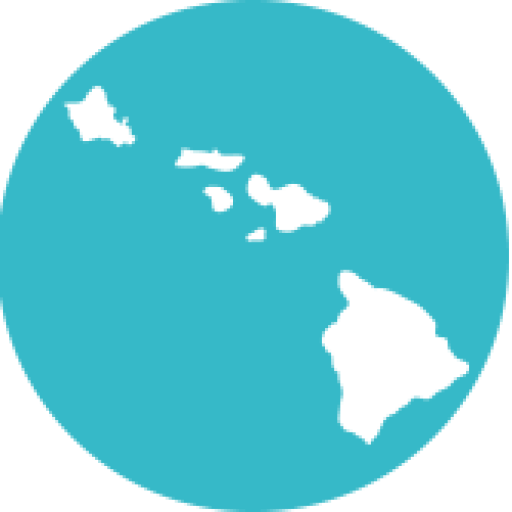 Getting to Hawai‘i What Do I Need to Know About Getting to Hawai‘i? Aloha! The State of Hawai‘i Safe Travels Hawai‘i program is a multilayered process designed to mitigate the spread of COVID-19 in our community from trans-Pacific passengers...

Are you hoping someone knows a loophole?

My question is really whether “your flight’s departure time” means the time listed on the ticket for departure or the time that the plane’s wheels leave the ground. Those aren’t always the same thing.

You mean, you’re somehow delayed in the airplane so long your 72-hour grace period evaporates? Because your departure time is adjusted if you don’t depart (pushback time, not wheels up) at the scheduled time.

I don’t know the answer, but my BIL just happens to have a condo on Maui and he has talked about this requirement several times. He usually flies into LAX and then on to the islands. He does this frequently…maybe five or six times a year. Whenever I see him, he’s talking about some way he’s figured out to get tested at a location near the airport. I would think that he could just get tested here on the East Coast and still have plenty of time to get to LAX within the window, but I think he’s said that he has to be tested at certain places (i.e., certain pharmacies or agencies). He WAS refused permission to board once, but I don’t recall the details.

The test can’t be taken at an airport, or right before the flight.

Where I live, the options are to
(1) hope that the one place in town that only books appointments 2 days in advance and has never, in my attempts to check it, had any appointments available has one on those few days
(2) drive 3 hours (each way) to a clinic that will take a sample and mail it for PCR, which takes ~2 days to get a result.
(3) or get a mail order test that’s taken on camera with a doctor. We get the results right away for that one, so that’s what we’ve chosen.

But we want to do it in advance because if we get a positive result, we either have to scramble to cancel things, or, I guess, drive 3 hours to get another test in the hopes that the first one was a false positive, and we’d rather not do that on the eve of our departure.

They take testing extremely seriously here in Hawaii. The cold, hard answer to your question is, “Tough luck.” You will take another test, or you will not be allowed into the state and maybe not onto your flight. There simply is no leeway.

We know a couple who tried going to St Martin last winter. They missed a connecting flight, delaying them an entire day. On arrival they did not have a valid test that fit the required time window. They were not allowed entry to the country. They used the airport restroom to clean up, slept in chairs, petitioned the health ministry, and eventually came back to the US.

I know a couple who went to France in August. On both the outbound and return legs flight delays forced them to pay for expensive replacement tests/delays in quarantine hotels because their original tests timed out. (They were also flying at a time of many flight cancellations.)

So, unfortunately for the OP, it seems like a flight delay putting your covid test outside the allowed window will generally require a new one.

Ok, that’s not the answer I hoped for, but it’s one I can work with. I’ll make sure we have a good buffer on the 72 hours.

Hopefully if we do get stuck there will be a place we can get a faster test near SFO.

Good luck, but do whatever you can to abide by the rules. I can warn you that locals have been becoming increasingly disgruntled with tourists who come here and flout the Covid rules. There have been a few incidents where the tourists even got themselves shot by an angry local. Almost every day, I see some who are clowns that could use a good punch in the nose.

We are not the sort to flout rules or deserve a punch in the nose. I just wish that instead of slow hard-to-get tests that take days to resolve, they had quick tests right at the gate. Or that the FDA would hurry their asses up and let me vaccinate my kids. So it goes.

The test can’t be taken at an airport, or right before the flight.

This is not true here in San Francisco. The approved list of Covid testers for Hawaii includes one right at the airport where you get the results in about 15 minutes. I investigated this before Hawaii started accepting vaccinations from other states, which I think was in July or so, so it is possible it has changed since then.

Well, that’s good news for me, since we’re connecting through SF, so if we get delayed we can just get another one.

I would check to make sure that this is still offered at the airport – since Hawaii changed the rules their business must have fallen way off and they might have closed that facility.

At this point I have built in ~6 hours of slack on the testing time, so if that’s not enough, we’ll at least have hours to call around. SF is large enough that there’s got to be somewhere we can get a test done quickly.