CPR strike - going out to stick up!

If the Great Toilet Paper Shortage of 2020 taught me anything, it’s the need to stick up when there may be supply chain issues.

Canadian Pacific Railways are heading for a strike / lockout, so off to the grocery store with an extensive list! 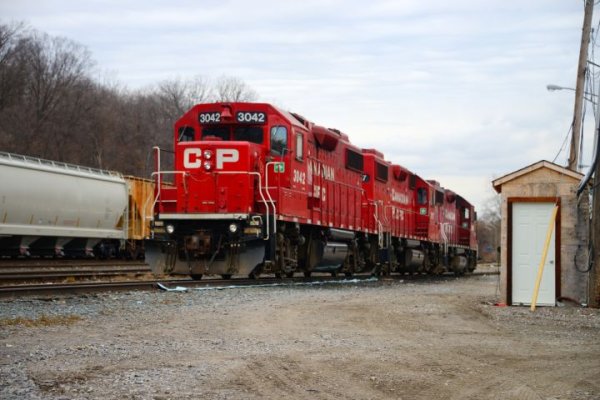 Canadian Pacific Railway Ltd. said Thursday it has received strike notice from the union representing its engineers, conductors and other train employees. 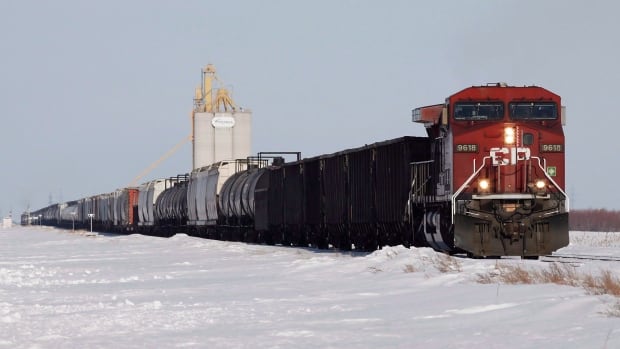 Close to 3,000 employees of Canadian Pacific Railway Ltd. could be off the job early Sunday morning.

…and the award for least comprehensible thread title goes to…

I can fix if you want. We don’t usually advertise our thieving proclivities on the board.

and the award for least comprehensible thread title goes to…

Naah - I already won that award years ago!

It’s a famous Saskatchewan wills case: a farmer, trapped under a tractor, scratched his will into the fender with a penknife: The will and the penknife were entered as evidence in court, which granted probate. The tractor fender will has apparently been cited many times in probate cases and texts around the world. The last witness to the events is now 80 years old; at 15, he helped to free the trapped farmer, who died a day later in hospital. The University of Saskatchewan is having a 65t…

I can fix if you want. We don’t usually advertise our thieving proclivities on the board

If you feel you must … I think it has a certain je ne sais quoi as is.

LOL, I agree it does, so it’s entirely up to you.

Though another mod may come along and fix without consultation.

I was more confused by using the same abbreviation as cardio- pulmonary resuscitation, myself. I was worried that paramedics were on strike.

You have a point, for sure. Hmmmm.

I was more confused by using the same abbreviation as cardio- pulmonary resuscitation, myself

Yep, that’s the only CPR I had ever heard of.

It would be disruptive if they strike, but it’s not as if there aren’t options. CN (Canadian National Railways) is nearly twice the size of CPR.

Naah - I already won that award years ago!

Oooh… that’s a good one for sure!

It would be disruptive if they strike, but it’s not as if there aren’t options. CN (Canadian National Railways) is nearly twice the size of CPR.

Not an option in the part of Saskatchewan where I live. CPR covers the south, CN covers the north. If CPR goes on strike, then would CN have the capacity to ship more stuff? And would there be sufficient truckers to get it from central Sask to southern Sask? Deep waters, Watson.

I went out and stocked up. No stick-ups.

You have a point, for sure. Hmmmm.

I have fat fingers and a small phone.

[Plus, would I really be so reckless as to post my criminal plans on a public message board? Of course not!]

There are some who like to live in the Danger Zone.

As a train nerd (but non-Canadian), I’ll just note that I see Canadian Pacific commonly abbreviated as “CP,” not CPR. That said, I see in the railroad’s Wikipedia article that “CP” and “CPR” seem to be being used interchangeably (though CPR seems to appear more often in sections of the article about the railroad’s history).

The Canadian Pacific Railway (reporting marks CP, CPAA, MILW, SOO), also known simply as Canadian Pacific and formerly as CP Rail (1968–1996), is a Canadian Class I railway incorporated in 1881. The railway is owned by Canadian Pacific Railway Limited, which began operations as legal owner in a corporate restructuring in 2001. Headquartered in Calgary, Alberta, it owns approximately 20,100 kilometres (12,500 mi) of track in seven provinces of Canada and into the United States, stretching fro...

I was wondering if “stick up” had something to do with walking the strike line.

And, even though CPR/CP/CN have nothing to do with my supply lines, I think I’ll go put toilet paper on the grocery list.

I went out and stocked up.

Well, CPR and the workers went to binding arbitration and the trains are running again. 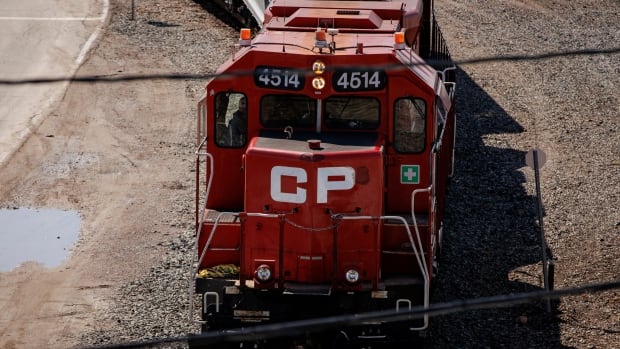 Workers back on the job at noon after CP Rail and union agree to final...

Canadian Pacific Railway Ltd. and the union representing 3,000 conductors, engineers, and train and yard workers say they have agreed to final and binding arbitration to end a work stoppage.