Crash (the old Cronenberg one, that is)...

So, Crash is on Showcase tonight, so I thought I would watch it again and see if I actually got it this time - I watched it when it first came out, and felt like I was missing the point.

Well, I think that I’m still missing the point, unless the point is that this is an excuse for a bunch of people to have sex with each other in cars, on screen.

For some reason, I feel like there’s more to it than that, but I just don’t get it. Is it a commentary? And if so, what is it supposed to be saying? Is it a black comedy, and I don’t get the joke? Is it film noir and there’s some mystery to be solved?

So - am I the only person who saw this movie and didn’t get it? Can anyone shed some light on what the heck the point is. if there is one?

FWIW - I don’t hate the movie - it’s sort of interesting (although I could do without seeing Holly Hunter’s boobs). It just seems that with all that sex, and no bikinis, there must be something else going on.

I was under the impression that it was semi-autobiographal.

Other than that, it was sex in cars.

And I liked Holly Hunters boobs.

I could do without seeing Holly Hunter’s boobs

Not if she has any say in the matter!

I was under the impression that it was semi-autobiographal.

He did name the main character after himself but…he doesn’t go around crashing his car as far as I know.

I can’t remember much about the movie except that it was a disappointment after the book. The book makes the themes and such much clearer. Not surprisingly, I think.

I thought the comments here were helpful: 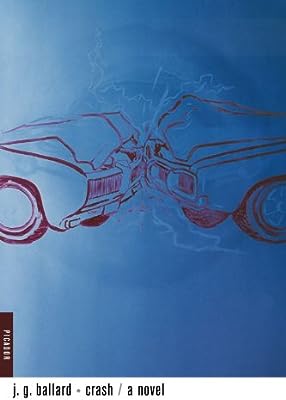 Directed by David Cronenberg. With James Spader, Holly Hunter, Elias Koteas, Deborah Kara Unger. After getting into a serious car accident, a TV director discovers an underground sub-culture of scarred, omnisexual car-crash victims who use car...

Speaking of Cronenberg, I just saw Videodrome. What a stupid ending!

The main character was named after the author of the novel, J.G. Ballard. It may have been semi-autobiographical about him.

He was same person, BTW, who wrote “Empire Of The Sun”, the movie with the little kid who gets seperated by his parents in WW2 Japan and held in a POW camp. That was autobigraphical as well, I think.

So that little kid grew up to like screwing in cars as they crashed.

The main character was named after the author of the novel, J.G. Ballard. It may have been semi-autobiographical about him.

I just said that. And like I said I don’t think he goes around getting into car crashes. Here’s something from the comments about how he ended up writing it:

“Ballard said he got the idea from passing a fatal traffic accident where a beautiful women had been killed, and you could see everything from the road as you drove by. The woman’s body had ended up mostly nude on the rear deck of the passenger compartment, and he said people were driving by gawking at the scene and rubbernecking, and he suddenly got the idea that the whole thing was very erotic for them despite the obviously tragic circumstances and the woman’s untimely death. At that point the link between eroticism, car crashes, and death was made, and he was off and running with his bizzare new story idea.”

You didn’t mention Ballard, so I assumed you were talking about Cronenberg.

…and I misread your post, I thought it said “didn’t name the main character after himself” :smack:

It may have been semi-autobiographical about him.

He was same person, BTW, who wrote “Empire Of The Sun”, the movie with the little kid who gets seperated by his parents

I suppose all of his stories will be semi-autobiographical until his parents put him back together again.

I first saw that movie soon after it came out, and I thought it sucked.

But now, after years of contemplation and re-evaluation, I think it really sucked.

It’s all about the eroticism of car accidents, of flesh meeting metal in violent situations.

However, the movie is almost antithetical to the book. Instead of speed, violence, loud volume, frenzy, all the impressions I come away with from the book, Cronenberg’s vision is quiet, whispered, with almost a sense of hushed religious sacredness.

I love the book, I love Ballard. The movie though I remain relatively neutral about, even though I am also a fan of Cronenberg.

Empire of the Sun is pretty autobiographical.
I’ve read a few of his books but I haven’t read Crash. I did like the movie, but then again, I’m a big pervert.

(Note: I’ve seen the movie but haven’t read the book, so my comments apply only to the movie.)

It’s all about the eroticism of car accidents, of flesh meeting metal in violent situations.

Their fetish makes the characters’ attraction to each other mysterious, jarring, and hideous. In most love stories, they’d have been drawn together by something like a love of jazz music or the fact that she’s Renee Zellweger and he’s Hugh Grant and they just look scrumptious together. In this one, the meet-cute involves Holly Hunter’s husband’s dead body going through James Spader’s windshield.

I hope I’m getting my point across. I feel like I’m circling it without nailing it down.