So what’s the craziest thing you’ve heard or read lately?

Mine’s that some more extreme Christian pastors and sects view empathy as a sin. WTF? It explains a lot, but as far as I recall, misses the boat entirely w.r.t. the teachings of Christ.

So what’s the craziest thing you’ve heard or read lately?

Mine’s that some more extreme Christian pastors and sects view empathy as a sin. WTF? It explains a lot, but as far as I recall, misses the boat entirely w.r.t. the teachings of Christ. -

That pretty much summarizes a large portion of Christians.

I apologize for the inherent political facet to this but, in all seriousness, the constant stream of bizarre statements and policies from most elected republicans. 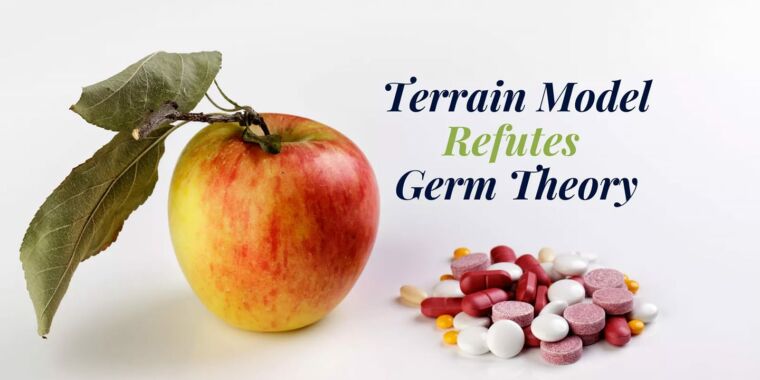 The “Moderna vaccine turns you into a magnet and spoons will cling to you” theory.

Wow… I just have no words.

WWVA, a 50,000 watt AM station in Wheeling, West Virginia, is at times is run like an hourly motel: if you pay the money then they won’t look too closely at what you are up to. Anyway, according to one recent antivaxxer program, they were informed by A WHISTLE BLOWER, so you know it must be valid, that so far between 45,000 and 150,000 Americans have been killed by the Covid vaccines.

An anti-vaxer being interviewed on NPR last week: “Are people curling up on the sidewalk and dying from COVID? No! How stupid do they think we are?”

So… if you haven’t seen people literally dying in the streets, then the pandemic must be a hoax. And any claim otherwise is an insult to your intelligence.

I heard another Covid anti-vaxer say that the vaccines make people sterile.

Really? Half of Americans have been vaccinated. If that many people have become sterile, don’t you think we’d all know about it from the huge headlines?

I heard another Covid anti-vaxer say that the vaccines make people sterile.

Interesting. My daughter was vaccinated In Dec/Jan time frame. She’s pregnant, due to deliver at the end of November. Maybe the sterility takes time to take hold. I bet by the time she’s 50 or so she won’t be able to get pregnant!!

Well, of course there wouldn’t be any headlines. Don’t you know (cue the ominous whacked-out nutjob conspiracy theorist intro music) they (and you know who they are, right?) control the media.

When famed F-14 Tomcat pilot Dale “Snort” Snodgrass died recently in a tragic plane crash the kneejerk response I saw from a few places was “It’s good he’s dead, since he inflicted so much pain on brown people in his life” or variations of that.

Which is dumb for both being “Cymbals at a Funeral” attention seeking, and also because the man was mostly a trainer and stunt pilot, he engaged in very little actual combat.

because the man was mostly a trainer and stunt pilot, he engaged in very little actual combat.

More importantly, he was a fighter pilot during his service years, flying the F-14. Someone like him who was 72, likely started his military career in the 1970s, and probably ended it around 2000. So his literal only chance at combat would have been in Desert Storm, and there was very, very little air-to-air combat in that war- in fact, no aircraft were shot down by F-14 Tomcats in the entire war..

So not only is it attention seeking, it’s factually wrong. That sort of vaguely condescending, snarky, and hyperbolic statement seems to be all the rage on Reddit and other places frequented by young people.

In a thread on a Facebook teacher group about COVID, some guy–the husband of a teacher–came in and explained to us how COVID couldn’t be slowed down by a vaccine, because it would quickly evolve immunity to any vaccine, just as insects evolve immunity to pesticides. When I challenged him to provide evidence for this claim, he said he was speaking from extensive professional experience in the field.

I looked him up. The field in which he had extensive professional experience was…a field.

Vaccinated people spread the virus more than the unvaccinated. FACT.

I’m a bit confused, are you saying that it’s crazy that people think that vaccinated people spread more disease than unvaccinated? If so, then you’re right, that’s crazy.

If you’re saying that vaccinated people DO spread more than unvaccinated, then you probably ought to reconsider where you’re getting your information- that’s just flat out wrong and ignorant.

Vaccinated people spread the virus more than the unvaccinated. FACT.

Yeah, I’ve encountered several loons making this claim over the past few days. My best guess is that when word came out about that superspreader event in Massachusetts (?) where the folks who got sick were mostly vaccinated, they misunderstood and thought that meant that across the world it was vaccinated people spreading the virus.

Just stop in at Natural News. The craziest thing you’ve heard lately is a daily feature.

Oh, and the governor of Tennessee has ordered the National Guard to “medically kidnap” unvaccinated people and force them into internment camps.

You knew it had to happen.

The “Moderna vaccine turns you into a magnet and spoons will cling to you” theory.

Fuck, I’d pay for that vaccine! Think of the money saved on belts, shoulder rigs and holsters!