Help me debunk a claim made by my conspiracy theorist friend

He made a FB post that there’s been a “sudden increase” in cardiac arrests for young athletes, and that it’s “probably due to the Covid vaccine.”

I told him that there are many scholarly articles - going back decades - that document this. His response? “Yes. But since the Covid vaccine was introduced, many more athletes, especially young ones, have been collapsing due to cardiac arrests!”

I’m sure some other Doper can dig up stats to debunk this. But you got to bear in mind that with conspiracy theorists, there’s usually no persuading them. If you bring up a cite to refute them, they’ll just move the goalposts.

Even if you debunk this claim, and he accepts it, he’ll simply go back to his bag of “99 other grievances I have against the Covid vaccine.”

He just doesn’t want to like or accept the Covid vaccine.

Also, don’t forget the ever popular “That liberal rag? I don’t trust it!”

I’ve seen that said even when the “liberal rag” was JAMA.

For whatever good it will do: 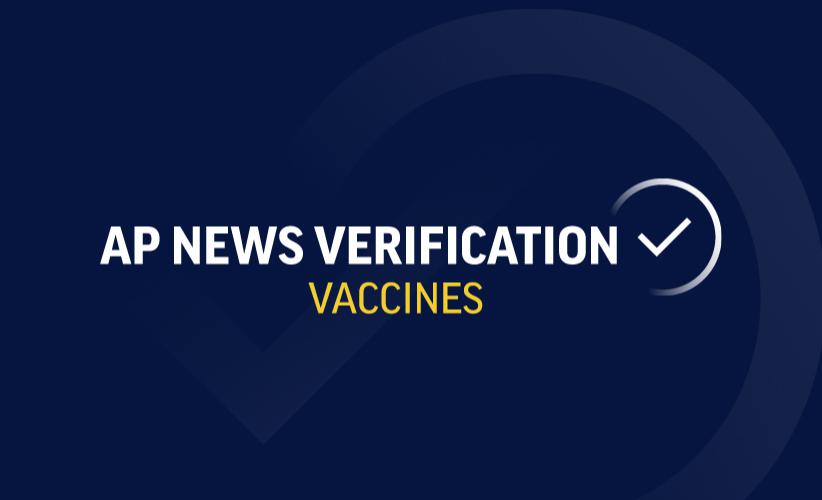 CLAIM: Two researchers found that more than 1,500 athletes have suffered cardiac arrest since COVID-19 vaccinations began, compared to a previous average of 29 athletes per year, suggesting the vaccines are causing a dramatic rise in such cardiac...

Correlation does not imply causation.
Of course, it is unreasonable to expect a CT to understand this.

It’s a near-certainty that they’re basing this on the new CT film “Died Suddenly”, which is just about as reliable as any other CT film, that being, not very. There have been a lot of stories debunking the claims made in this film, so you’d likely find good arguments there.

Seems to me that the whole problem is the conspiratorial nature of the idea.

A rational person would look at that claim, and wonder just where the news coverage of all these young athletes having heart attacks or issues are. Damar Hamlin was a big deal because it’s so rare. I mean, athletes do occasionally die of heart attacks while playing, but almost always it’s commotio cardis like Hamlin or Chris Pronger, or it’s some sort of unidentified issue like hypertrophic cardiomyopathy (Hank Gathers, Reggie Lewis), or something else.

But since they’re conspiracy theorists, the answer to the question is that the news media is hiding it. Which is completely irrational and insane, but that’s how those folks roll. And there’s no convincing them- they won’t believe you even if you lay it out logically, because they believe in nonsense like I just pointed out.

Correlation does not imply causation.

Huh? That is not the appropriate response here. The issue is that it is simply a lie, there is no phenomenon of increased cardiac deaths to explain.

Simply typing the search terms “sudden cardiac death athletes” into the free PubMed database of research articles yields lots of publications, including many from prior to the pandemic, thus obviously antedating the introduction of Covid-19 vaccines.

It’s a well-known phenomenon, only now we have obsessive attention to such deaths by the conspiracy crowd. There’s no reliable data showing any significant increase in these deaths, and in a number of cases that were initially ballyhooed as being vaccine-related, later evidence showed a clear cause of death unrelated to vaccines.

Antivax obituary ghouls and their conspiracy-loving fans can’t be convinced though. They’ll explain that the Truth is being hidden by Pharma-beholden docs and paid-off fact checkers, then flit off to shiny new and exciting deaths.

I, maybe stupidly, assumed the CT could at least back up his premise that there were an increase of cardiac arrests.

The claim that sudden cardiac deaths in athletes have spiked is probably only incidentally related, if at all, to the crank movie “Died Suddenly”, which makes bogus claims about blood clots discovered by embalmers.

It likely instead relates to a blog post by anonymous authors on an antivax website, as discussed here.

The post references a bunch of deaths that in numerous cases don’t even involve young athletes.

"As I perused the blog post for the first time, like Dr. Burnett I immediately noticed a lot of questionable entries. Many of these athletes were indeed older than 35 years (some a lot older). For example, just a brief scroll down the list showed that the antivax blog had included:

The “young athletes suddenly dying” meme thus shares bullshit characteristics with an earlier meme about “young Canadian doctors dying after Covid-19 vaccination”. In that one, it turned out that many if not most of the doctors identified were middle-aged or elderly, with known pre-existing conditions including advanced stage cancer.

I believe the traditional response is to point out that you grew up drinking from the hose, playing with lawn darts, riding in cars without seat belts, and being out with your friends until late without your parents having any way to contact you. Kids these days can’t even handle a tiny needle stick without going into cardiac arrest? What a bunch of pussies! No doubt it’s their lazy and indulgent parents (who hate America) who are the real problem.

At least that’s the ISO standard facebook response to “we should stop doing something because kids get hurt”.

I wouldn’t bother arguing with him. It’s pointless, and a waste of your time and energy. If he continues to push conspiracy theories simply say he’s wrong, (you’re not obligated to try and prove it), and that he’s too ignorant to find out the truth. Tell him to peddle his garbage somewhere else, which he has a right to do.

Mike Leach, a 61-year-old football coach who suffered a heart attack in his home (as if 61 year olds never suffered heart attacks in their homes before the vaccine).

And, in particular, heavyset 61-year-olds.

I’ve seen that said even when the “liberal rag” was JAMA.

The Journal of the American Medical Association is definitely a “liberal rag”. You can tell because it is overflowing with facts and data, and the editors are intolerant of “alternative facts” and baseless conspiranoia. When was the last time they published a paper from Dr. Judy Mikovitz or made reference to a story on InfoWars?

I wouldn’t bother arguing with him. It’s pointless, and a waste of your time and energy. If he continues to push conspiracy theories simply say he’s wrong, (you’re not obligated to try and prove it), and that he’s too ignorant to find out the truth. Tell him to peddle his garbage somewhere else, which he has a right to do.

This, but with some considerations. Apparently this is one of @Crafter_Man’s friends, and speaking from experience, it’s HARD sometimes to see a friend fall down the conspiracy/Trump/Qanon/etc holes. You know the person, they’re important to you, but you first get hints, then blatant examples, and eventually the person you previously knew is just gone.

I don’t know A) how close the friend was and B) where on the sliding scale I mentioned they are currently at, but it sounds like C_M is hoping they haven’t reached the final category. So, yeah, best of luck. See if they’re willing to re-examine the issue once you point out some of the good examples in this thread, or past panics that were nothingburgers (Like the Satanic Panic) - or even the horrible “Well if COVID isn’t a problem, WTH is going in China right now?” evidence.

OTOH, if it’s a casual ‘FB friend’ or too far gone, then Dolphinboy is right. Tell them flat out, don’t make excuses for them, and prepare to cut your losses. I’ve had one friend and a few extended family members that I finally had to take those steps with in the leadup/post 1/6 CTs and others involved in the whole Anti-vaxx movement. It hurt, but smashing my face against “But it could be true!” over and over and over again was hurting far more.

Not necessarily very far, since Fox News actively pushes these lies about vaccine-related deaths presenting them as factual news. You don’t need to be joining QAnon Facebook groups to get this stuff.

Don’t try. (Answering the OP)
It’s packed with grief and misery, for you.
They will not ever agree you’re right or give in. Ever.

Save yourself the trouble.

A rational person would look at that claim, and wonder just where the news coverage of all these young athletes having heart attacks or issues are.

The first three words are the problem here.

A CT person knows why there is no coverage: It’s all part of the coverup. The lack of coverage PROVES that the conspiracy exists.

That’s why I mentioned the sliding scale.

The friend I lost was always further right of me politically, but we had plenty of other shared interests and could talk about differences of opinion. They started down the rabbit hole with getting the The News (caps intended) from FOX news, which were the hints. Then they started doing “their own research”

on the Internet which lead to the Blatant Examples, and then, well, they were lost not long after.