It’s that time again! This year’s edition has a decidedly retro feel with the reduction to 10 teams and the roundrobin format that harks back to 1992. All teams play each other once and then it’s straight into the semifinals. I actually quite like removing the lottery of group stages, but will miss seeing the likes of Ireland, Scotland and Zimbabwe participating.

As always cricinfowill be the best place for overall coverage, although the wikipedia page will also be pretty good for a quick update of results.

Until this week I thought things would be fairly predictable, but no I’m not so sure. With the West Indies smashing 421 against New Zealand, and Afghanistan beating Pakistan in the warm-ups my expectation of surprising results his increased.

Anyway, what are your predictions fellow dopers? Personally I want to see the Big Three humbled, but realise it’s a bit of a forlorn hope. Oh and I hope Tom Blundellgets a century in his ODI debut and walks back to his hotel from the ground in triumph to match his test start.

Who are the Big Three? Australia, India, SA? If so, I agree with you

Eternal optimist that I am, I’m hoping England’s recent defeat by Australia will be just what they need to raise their game one more notch and get the job done. But yes, plenty of shock potential. Of the 10 teams only Afghanistan and Bangladesh have no realistic chance of winning the tournament, and I’d expect them to pick up a couple of wins between them - wouldn’t be surprised if one was at England’s expense, we have form in this regard after all. I’m going to back Windies as the shock semi-finalists, pushing out South Africa to line up alongside England, Australia, and India.

The obvious top 4 would be England, Australia, India and South Africa, as Dead Cat notes, but there’s plenty of room for upset there, and anyone who does manage to get defeated by Afghanistan or Bangladesh will see a serious dent in their ambitions, as there’s not many points to play with.

Since that Windies have been taken, I’m going to go with New Zealand to upset someone, and I think it could well be India, playing in conditions they aren’t used to, who miss out.

England to win it though. I’d put some money on if I thought I’d get any odds. England are 7/4 to win the whole thing at the moment, probably through weight of betting. South Africa are 8/1, NZ are 10/1… tempting…
(England are 4/9 to win the opener against SA tomorrow, and SA themselves are 7/4 to win that one.)

New Zealand reaching the semis really shouldn’t be a surprise. They’ve done it 7 times before and won more world cup matches than anyone except Australia. Never won it though. And we call the South Africans chokers. …

Predictions from least to most certain:

England v RSA. England are 148/3 after 26.
The pitch resembles a road. This tournament is going to suck donkey balls.

England v RSA. England are 148/3 after 26.
The pitch resembles a road. This tournament is going to suck donkey balls.

Quite possibly, but don’t underestimate the ability of England or RSA to keep it interesting.
England stuttered and got to 311/8 - a very gettable total in modern ODIs. South Africa were looking good at 129/2 in the 23rd over, but have contrived to move to 144/5 in the 27th.

As ever, the game is played mainly in the mind.

There’s enough in the pitch for the bowlers and Archer is looking dangerous and variable with another 5 of his overs to go. Could be tight if these two stay in and if Amla makes it back to the crease.

looking like England from here though and they’ve been very solid in the field which makes any sort of run chase a problem.

Ah! as I type, Archer strikes.

Blimey, what a catch by Stokes! SA in deep trouble here.

England played the way England play and got up to 311. SA have shown that that is still not easy to chase.

EDIT: West Indies vs Pakistan tomorrow. Be interesting to see how they get on against each other, both sides have shown that they can get up to the 350ish scores that England have been benchmarking.

That was a bit of a thumping and I’d suggest that the foundation of it lay more in the pressure with the ball and field. Not the normal boom-boom batting (though there were still 4 half-centuries in there)

Blimey, what a catch by Stokes!

Here’s a clip of it: 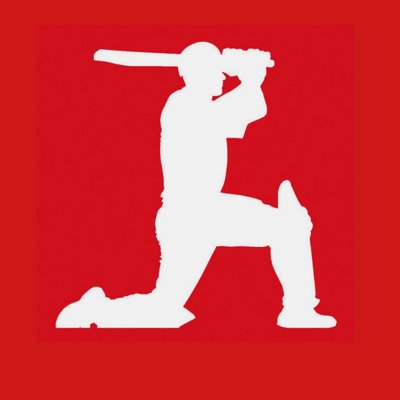 The World Cup site has a pretty good highlights sectiontoo.

Who is better, Lionel messi or cristiano ronaldo?

I put a fairly large chunk of change on India to win a few months ago, but now am not very confident. Inconsistent openers (Dhawan has been particularly bad) and a long tail could spell doom for them. England, Australia and Windies seem to have the deepest batting, but it’s really wide open, and the only teams that would surprise me in making the semis would be Afghanistan, Bangladesh or Sri Lanka. I took West Indies as my back-up at 15-1 last week.

Ok, this is a fucking nightmare.

It’s not so bad. When they won the World Cup they were bowled out for 74 by England in the round robin.

They still got a point in that game too, because it was rained off in the finish. I don’t think they are getting any points from this game.

They still got a point in that game too, because it was rained off in the finish. I don’t think they are getting any points from this game.

And that point got them to the semifinals. England already had more runs than they would have needed after 15 overs when the game was rained out after 8 overs. They could have faced 7 maidens and won.

1 down, 9 to go! Unfortunately it wasn’t Gayle though.