Any other fans out there?

I’ve been following it’s development for over a year and preordered it as soon as I was able on Steam. Come midnight, 9/1, I’ll finally be able to play it!

It seems to me the core of the gameplay will thankfully stay the same, but I am looking forward to the more in depth RPG element, which is where the game really shined and struck it’s own path beyond Hearts of Iron or Europa Universalis. Perhaps most of all I’m just looking for new shenanigans to get into, sick of hunting the White Stag and countless other plots that have played themselves out over the hundreds of hours I commited to 2.

I love Paradox games but they dont sell complete games on release. There will be several DLCs and it usually ends up costing around $200 for basically a 2D spreadsheet game, albeit a deep spreadsheet game. I figure a mostly complete version of the game will be on sale for the Steam Christmas sale 2023.

You’re right, DLCs are certainly a big part of Paradox’s business model. But I’ve found most of the DLCs not necessary (like new skins and historical heraldry) or even dull (Merchant Republic).

CK3 has two starting dates and you can play nearly everyone on the map at launch (other than Theocracies and Merchant Republics), which is more than the first two offered.

I know Ill get it but Ill hate myself in the morning.

Flagged for merge into the thread in the Game room for this.

I love CK2 but I haven’t decided if I’ll grab this one at launch or not. It does seem like a pretty complete game but Rome Imperator needed work so I might wait until I can watch some release footage.

There is tons of dev diary stuff and critic playthoughs on YouTube already. 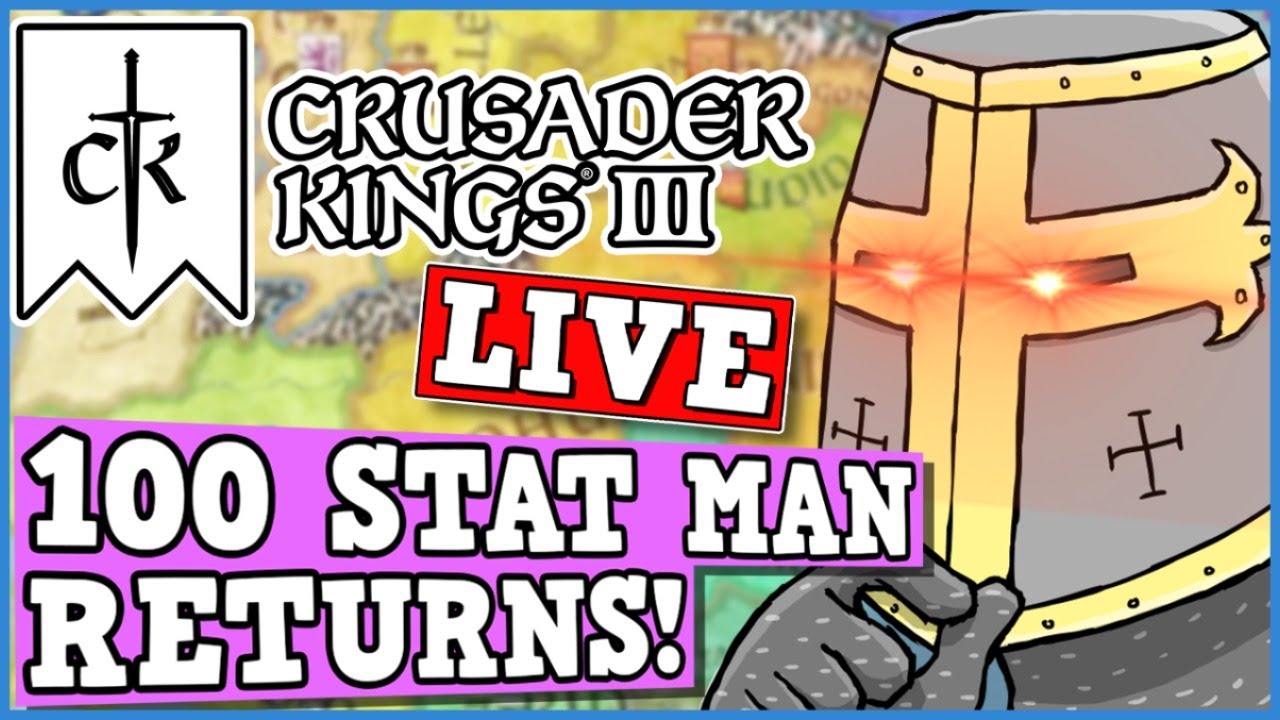 And yeah, there are obvious exploits already. Paradox is good at updating their games.

Moved to the Game Room.

The next iteration of Crusader Kings is released tomorrow. I’ve been the playing the series since the beginning. For those unfamiliar with it, it’s a strategic war game, focused on character personalities, based on the European feudal system. You play as a landed ruler, maintain your domain, keep your vassals under your thumb, exert your rights against your liege, maybe expand your lands, arrange for the educations and marriages of your children, and then pass it on to your heir. For as many generations as you can manage.

The CK games are very replayable; I’ve played CK2 for thousands of hours. You start the game with one of the many historically inspired characters at one of the start dates (the default is 1066). Each character is in a different situation, and because events play out differently each time you run the game, even the same character can be fun to replay. The game is also easy to mod (the simplest just require a text editor) and Steam and the developer’s forum have plenty to choose from…

Crusader Kings III is supposed to increase the focus even more on the characters. They’ve greatly expanded the ways individuals and families can develop and interact. It looks like there’ll be a lot more personality. I’ll let you know what I think of it once I get some play time.

To balance out the gushing (really, it’s probably my favorite game), Paradox games have a wicked habit of being rather buggy on Day One. They’re typically patched within a week or two. Mods and the cheat console can repair a lot, if you’re so inclined. Beyond bug fixes, they put out free updates regularly, usually matched with an optional for-money expansion.

For those interested in the series in general, Crusader Kings II (base game without the expansions) is free to play on Steam. If you’re up to installing mods, I highly recommend either HIP or CK2Plus. There’s also a GoT mod for those who like that setting.

Is it real time or turn based or either?

Is it real time or turn based or either?

Technically turn-based, with each turn being one day. But a day goes by so fast it feels real time. You can pause at will (space bar) and control the speed from extremely slow to extremely fast. Events can pause the game, depending on your settings.

Cool, I’ll have to check it out. I like Turn Based Strategy games.

I currently have a Microsoft Game Pass and will definitely be checking it out through that, but Paradox has a pretty crummy day-one track record. I’m expecting a buggy, incomplete mess with at least a half-dozen glaring holes where they’re clearly planning on dropping DLC later.

But it’s Paradox, so in 3-5 years it’s going to be absolutely amazing.

I hope the multiplayer is as much fun as it looks. My friends and I need something new to play online.

Cool, I’ll have to check it out. I like Turn Based Strategy games.

It’s not Turn Based, but it’s at a strategic level so it’s not exactly an RTS either. There are no Zerg Rushes or anything like that.

This is a game I have zero interest in playing as I don’t have the time to devote, but I still find it incredibly enjoyable to read about. Like many, my introduction was the Saga of Glitterhoof. I stayed for the child murder and incest.

…And, merged, but I think the merger mixed up the post order.

I was looking forward to downloading it tonight and playing tomorrow morning. Apparently Steam considers Sept 1st to start at noon tomorrow. Lame.

Like some, I’m going to wait a couple of years or so. Both so the inevitable bugs get worked out and the for the price to drop during a Steam sale.

Edit: In the meantime, CK2 is still a solid game. And it’s free now, so if you’re tempted by CK3 without knowing much about it, then give the previous installment a try.