Anyone want to stick their neck out and make predictions about losers and/or winners?

I think the early flameouts will be The Iceman and Hinchcliffe.

I think the early flameouts will be The Iceman and Hinchcliffe.

Dang it, Witney is the only reason I watch!

Good grief, I hope he doesn’t pee on her!

I think Babyface will put in a good effort, but Marilu Henner is the one to watch.

I’m very curious to see if an Olympic Swimmer has any coordination or fluidity on his feet. Swimmers are kind of a mystery when it comes to athletics. They do one thing really, really, really well. They use their feet to walk to the pool and to power their way through the water.

Even wearing shoes will be new.

I know Ryan has the Olympian work ethic. Cheryl isn’t going to intimidate or out work him. He’ll practice till she drops. Should be fun watching this couple.

Marsha, Marsha, Marsha why didn’t you do DWTS 8 years ago? When you were a bit younger? She’s 60. I assume she got some childhood dance training. She’s a bit of a wildcard. May do great or really suck. Just don’t know. She’s slimmed down (from a few years ago) and looks fantastic. Artem won a season of Strictly. Given the chance he could take her to the finals. I think her popularity will get the votes they need. Assuming she can dance reasonably well.

Vanilla Ice was one heck of a hip hop dancer. It’s been a part of his rap shows since the 80’s. Witney can teach him ballroom steps. He’s going to be a serious threat. I predict he’s going to the final imho.

The gymnast, Laurie Hernandez should easily make the finals too. They always do great on dwts. Val will do wonders with her.

Marilu, same thing. She would have done better 8 years ago. She’s 64 now. She’s done musical theater. I know she was in a early production of Grease. Should be fun to watch and Derek may get pretty far in the competition. *That’s if *she can avoid injury. Derek pushed Jennifer Grey too hard and she barely got through the season. She was a few years younger. Maybe he’ll let Marilu rest once in awhile.

I’d heard Lochte’s name mentioned before the “official” reveal. I half-expected they’d dump him in light of his recent public idiocy, and was mildly surprised to see him in the cast. I love Cheryl and I’m glad she’s back, but I think she drew the short straw this season.

That said, I predict Rick Perry will be the first out.

I really like Amber Rose, and am looking forward to seeing her perform.

I wonder if there’s a surprise contestant yet to be revealed? Dwts has done that before.

I don’t understand how it’s going to work with Terra. I guess there’s a choreography challenge for the pro.

I agree that Perry will be the first out. And I think it’s not really fair to have Olympic gymnasts in there. They might as well be professional dancers.

Interesting background on Marilu
Underling is mine. This was 40 years ago. She’s done musical theater too. I wouldn’t be surprised if those old dance skills resurface. She’s also got a unbelievable memory. Give her any date. March 14, 1988 and she’ll tell you details about that day and what she did. She’s talked about it on Carson and other talk shows. If she learns and remembers dance moves that quickly? Derek will be one very happy Pro.

this is going to be a fun season for sure. There’s at least 4 people I’ll be watching closely. Dancing with the Stars Who Is Marilu Henner, Season 23 Competitor

Crippling arthritis and spinal cord degeneration would eventually lead to her mother’s death, and the actress told PEOPLE at the time that “it was the most horrible time ever.”

I don’t understand how it’s going to work with Terra. I guess there’s a choreography challenge for the pro.

I agree that Perry will be the first out. And I think it’s not really fair to have Olympic gymnasts in there. They might as well be professional dancers.

:eek: I didn’t know who Terra was until you mentioned her. oh man, thats going to be a challenge. I guess Farber is the shortest pro on the show? I see a lot of lifts and tricks ahead. They’ll be so easy with her.

it might work. She comes up chest high to Farber. He’ll be stooping over a lot. 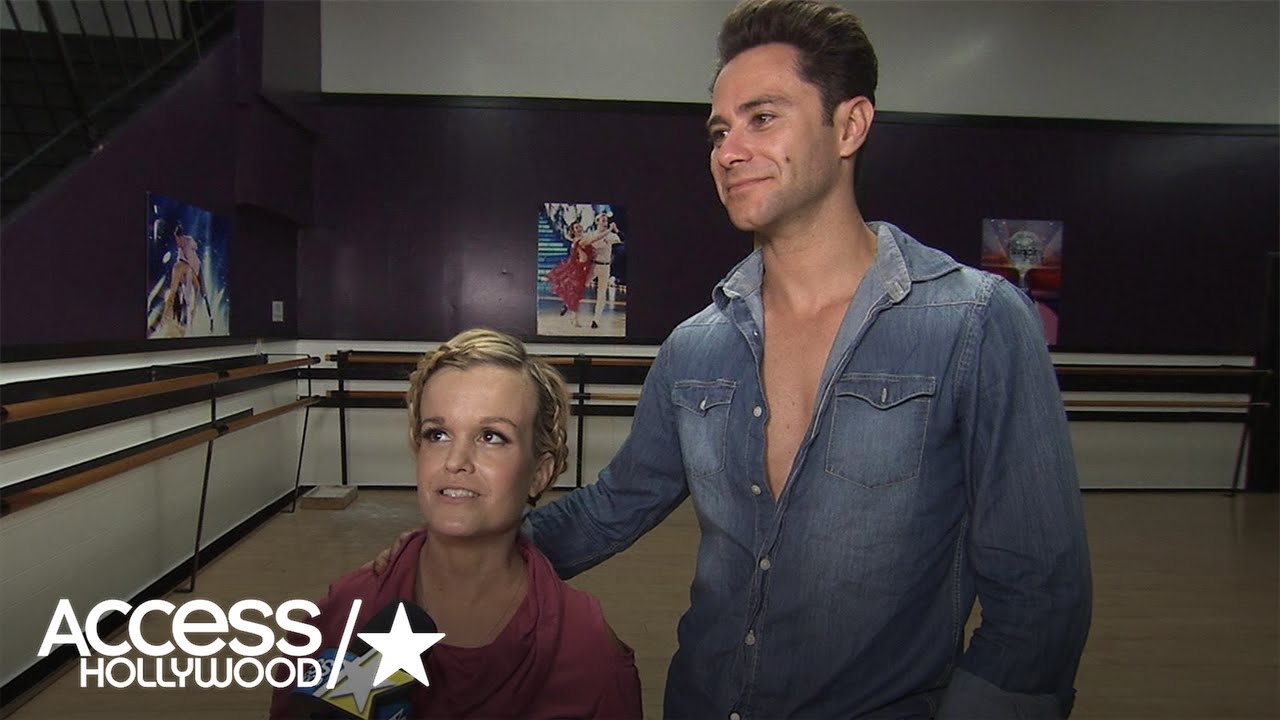 That’s not as bad as I thought. I guess I was thinking more personally, as I’m 6’ 2" and would have definite problems.

How can they continue to call this show “Dancing with the Stars” ? It seems that each season I know maybe 2-3 out of the whole bunch.

Some of the pros have now become bigger stars than the “stars”.

Cheryl Burke once was partnered with a LA Laker who was 6’8", so big height differences have been dealt with before. It’s one of those challenges the producers love so much - helps get the show through the middle stretch when you’re just counting down through crappy contestants.
The fact that the “stars” aren’t really stars is part of the show’s appeal. They do not take themselves very seriously.

I don’t watch regularly, but I have a friend who does. She always lets me know if one of the ‘stars’ turns out to be a surprisingly good dancer. I do enjoy watching someone discover a talent they didn’t know that they had, working hard at it and succeeding. What I don’t like are the ringers - the ones with previous dance training and experience. That’s no fun to watch.

Wait, wasn’t Marilu Henner supposed to be on this show before? Am I imagining that?

I don’t know if eidetic memory translates to muscle memory much, but even if she’s new to ballroom, she does have a song & dance background.

Marilu did a dance aerobics video in the 1990’s.
A sample clip
https://youtu.be/mojyHlhyyRU

She’s got good footwork. She was in very good physical condition then. It’ll be interesting to see if she’s still in top shape today.

I’m not very enthused about this lineup of stars, but I am excited about another chance to vote against Rick Perry.