I have been listening to some symphonic death metal of late, and I have two questions regarding the vocal style. I’m not sure how to describe it, but it’s a throaty very deep style that sounds like it’s ripping the lining of the vocalist’s throat right out (listen to some Amon Amarth or Opeth if you’re not sure what I mean). It’s similar to the style they use in movies or videogames when a demon is speaking, so I’ll just call it “demon voice” until someone corrects me.

Question 1: Is the “demon voice” done using some kind of vocoder or vocal synthesizer equipment, or are they actually making that sound? If I do that for ten seconds my throat hurts. I can’t imagine doing it for a couple of hours in concert.

Question 2: I find the “demon voice” style pretty meh, but I really like the instrumental/choral style of bands like Opeth, Therion, Dimmu Borgir, and so forth. Can anyone recommend some good albums that follow the genre but don’t use “demon voice”?

Death metal vocals are usually referred to as a death growl or death vox. Some bands might use a vocoder or similar instrument in the studio, but I’ve heard enough live performances to know that some people can pull it off. It does seem to be kinda tough to keep up, but maybe practice helps.

It’s kinda amusing that you’re complaining about the vocals of three bands who use completely different styles (unless you’re listening to very old Therion, which seems unlikely). For the most part, the metal vocals are something you’ll have to get used to if you like the music. There are a few bands that combine heavy music and clean female vocals, but they’re generally a little less heavy than your Opeth or Dimmu Borgir.

For the most part, you’ll have to take the vocals if you enjoy the music–at the very best, you’ll find a handful of bands who’ll mix the styles, and may even lean towards clean vox with a few growls thrown in.

From my own experience, you’ll either get to where you sort of tune them out, or treat them as just another ‘instrument’ contributing to the overall atmosphere of the music. Eventually, you may even find yourself thinking of certain vocalists death/black vox as ‘good’ for one reason or another–I’ve always been personally fond of Ihsahn’s style, and of Dan Swano’s from back in his Edge of Sanity days. You may also find that some styles of death/black vox are too much to ever get over. I personally can’t listen to In the Woods’s first album due to the vocals–a shame, since I’m such a fan of their later stuff.

If I’ve got time later and can remember, I’ll look through my collection to see if anything comes to mind as being balanced more towards clean vox. Acid Bath is one for sure, particularly as he never really did death/black vox so much as a straightforward shout, but it’s a different style of heavy–more of a sludgy, groovy Black Sabbath/southern inspired sound than the symphonic style of Dimmu Borgir or Therion.

ETA: Garm-era Borknagar used a fair bit of clean vox, as I recall. (Although as I sit here listening to it, I’ve yet to hear one. Garm’s another black voxer that I rather like, though.) You might consider also looking for “viking metal.” It’s a subgenre/offshoot of black metal that tends towards being melodic and rather ‘epic,’ and often features clean male vox prominently. Plus, you can find probably the only accordion solo in a heavy metal song on Windir’s 1182. 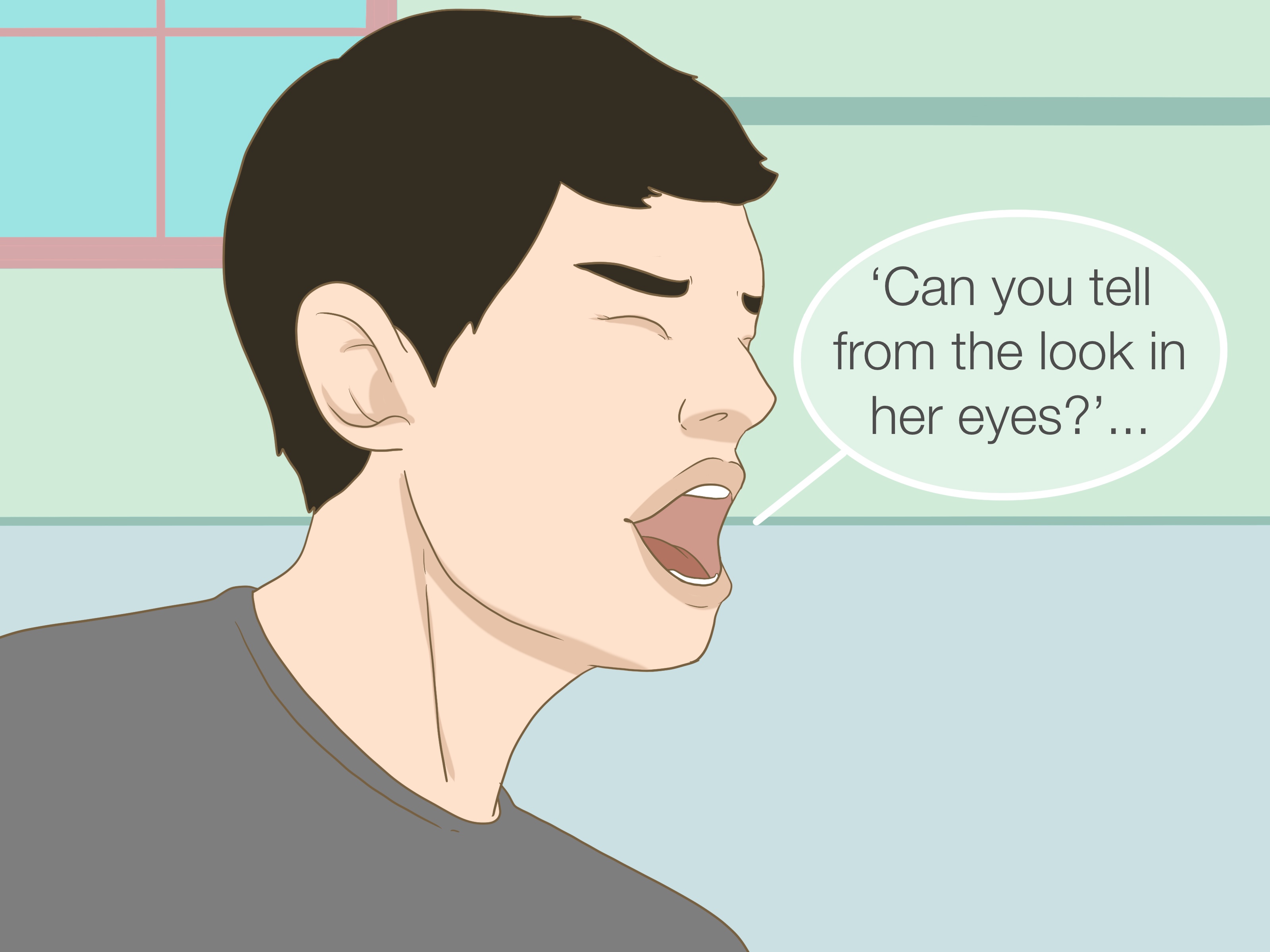 How to Do Harsh Death Metal Vocals

Singing harsh death metal vocals may seem like it's just a bunch of screaming and shouting, but it's actually a technique that takes a lot of practice to master. You can learn to perform the harsh vocals of death metal by properly warming...

My favorite name for it is ‘Cookie Monster’ vocals (I didn’t make it up, I swear.)

I know I’m coming late to this party but:

If those fit yer bill, lemme know and I can prolly suggest a few other things.

edit: dammit I walked away before posting and now STG beat me to posting about them! She’s right tho: in Florida particularly we were calling them that back in the 80s.

I honestly believe Opeth is the way to go; their latest album, Watershed, has less growly vocals than previous albums, if that helps. They also did an album called Damnation that is almost entirely clean vocals and instrumentation.

Opeth is my favorite band.

I live and die for Opeth.

Opeth deserves your obedience and worship.

OK, those last two statements were meant in jest, but seriously, Opeth rules.

Staind does a pretty good job of avoiding the Cookie Monster singing, but when they cross over, it’s like a little piece of Sesame Street Hell just walked into the studio. Otherwise, their music’s pretty good.

The only death metal vocalist I know who uses any kind of effect is Glen Benton from Deicide which is how he achieves the low growl/high pitched rasping simultaneously kind of thing. I suspect that Nergal of Behemoth uses some sort of effects in the studio but I don’t think (at least it doesn’t sound like it) that he uses them live.

But as others have mentioned, the vocals are kind of part of the genre. Some are worse than others to my ears, for example Jeff Walker’s vocals for most of the Carcass output are almost unlistenable, as are Dani Filth’s from Cradle of Filth but Jon Nödtveidt’s blackened rasp isn’t much to take at all with Dissection and Peter Dolving’s vocals for The Haunted owe as much to hard rock and hardcore punk as they do to black/death metal.

The Tree isn’t a metal band-they sprinkle their music with some metal riffs here and there, but they are much more eclectic than that.

I have to plug Mike Patton here. He has been in so many bands, that the music styles don’t often fit the ‘symphonic death metal’ genre, but he has the vocal flexibility to go there. I’ve always figured he sometimes uses distortion to enhance recording, but it is obvious that it still isn’t something anyone could reproduce given the same tools. There is some trained and talented abuse of vocal cords going on. There is probably Youtube of some seriously inhuman sounds coming from just him and a mic. He did an EP with Dillinger Escape Plan that is probably the closest I have heard to CMV from him. For fun metal vocals … try Fantomas ‘Director’s Cut’.

A few more suggestions: Bathory’s viking masterpiece, Hammerheart, doesn’t involve any death/black style growls. Quorthon uses something more akin to a typical heavy metal shout, except for on the one song where he tries to do clean vocals. Recommendation: skip that track.

Falkenbach uses a mix of clean and black vox, probably tilting towards clean overall. They also have several top-notch instrumentals per album.

Speaking of instrumentals: Pelican might be worth your attention. All instrumentals, very heavy, melodic stuff.

Though probably not as metal as some of the bands mentioned here, but definitely a symphonic/rock, opera/rock band. They also have several instrumentals and a lead vocalist that is unique. No grunting or “Cookie Monster” vocals.

I saw ND not long ago, and it didn’t sound like he was using any effects at all.

I was sure that Barney wasn’t still the vocalist, but it looks like he’s come back. Napalm Death’s newer stuff though isn’t really what I think of when I think of Napalm Death. They seem to have gone the “Death and Roll” route of Entombed.

Thanks for all of the recommendations – I’ll start gathering samples and listening to them! I love the fact that no matter what you listen to, you’ll find knowledgeable fans on the SDMB.

Death metal vocals are usually referred to as a death growl or death vox. Some bands might use a vocoder or similar instrument in the studio, but I’ve heard enough live performances to know that some people can pull it off.

Ignorance fought. And I looked up “death growl” on Wikipedia, so I understand a lot more about it now.

It’s kinda amusing that you’re complaining about the vocals of three bands who use completely different styles (unless you’re listening to very old Therion, which seems unlikely). For the most part, the metal vocals are something you’ll have to get used to if you like the music. There are a few bands that combine heavy music and clean female vocals, but they’re generally a little less heavy than your Opeth or Dimmu Borgir.

I wasn’t complaining about those three bands. Those are three bands I like, although all three (especially Dimmu Borgir) have songs where I dislike the vocals and wish they would go straight instrumental. I especially like Therion - the complexity of the music, the mix of choral-style vocals and rock vocals. And I do have some of their old stuff.

I honestly believe Opeth is the way to go; their latest album, Watershed, has less growly vocals than previous albums, if that helps. They also did an album called Damnation that is almost entirely clean vocals and instrumentation.

Ooh - I don’t have either of those albums – off to the iTunes store for me!

what is a voice distorter??

what is a voice distorter??

It’s a thing you sing into and it changes your voice. Imagine those old things you could talk into and it made you sound like Darth Vader.