Did anybody ever see the mid-80s cable sitcom "Brothers" ?

In the mid-to-late 1980’s, there was a series called “Brothers”. The premise, from what I know about it, was that it was a basic family sitcom about a bunch of male siblings, but that one of them was openly gay. While that sounds like a weak basis for an ongoing series now, it was so risque and controversial, circa 1986, that none of the big three networks (four even, as I think Fox had already launched by them) would go near it. Thus, it aired on Showtime.

I never saw this show as we didn’t get Showtime at my parent’s house. And being a pretty closeted teenager, it’s not like I was going to ask if we could get Showtime so I could watch a show about some gay characters. But I certainly was aware of that show. (A lot of younger people might find it unfathomable now, but even in the 1980’s, seeing any kind of representation of gay people - apart from the occasional, one-off Very Special Episode with a practically celibate character - was few and far between, so a show with regular gay characters who actually went on dates, had sex lives, etc. was actually a very big deal.)

Anyway, the show seems to have been lost to the foggy ruins of time. I still have never seen it, and it’s never been brought back as far as I know. It did run for a number of years, so it wasn’t like it bombed and only a handful of episodes were made, and thus there’s a practical reason for it not being around today. But in this day and age, when even absolutely questionable garbage like "A Small Wonder’ still has a cache of pop appeal, I have been curious why this show is so obscure now. After all, it beat “Will & Grace” to the airwaves by at least a decade.

I was just wondering if anybody had seen it, or remember it? Was it any good, or was it just standard sitcom dreck with a few gay characters? And just how ‘open’ was it in showing characters sexuality?

I remember hearing of it at the time, but I didn’t have cable TV, much less Showtime, at the time (I was in college), so I never watched it.

For reference,its entry on IMDB.

I watched that show as a young teenager. They also had a little sister who went on to become Data’s daughter on a episode of Star Trek:TNG.

I watched a few episodes. My [admittedly fading] memory is that it wasn’t very interesting.

My impression is that cable’s early attempts at original shows were generally weak, and don’t hold up well when compared to recent stuff like Breaking Bad and Game of Thrones. I also recall 1st and Ten, an HBO show about a fictional football team. Without the occasional nudity and people saying “fuck,” it would have been indistinguishable from routine primetime network programming. HBO also had a series called Philip Marlowe, Private Eye that I loved when it was originally broadcast, but I recently re-watched it and it wasn’t as good as I remembered.

It did run for a number of years, so it wasn’t like it bombed and only a handful of episodes were made, and thus there’s a practical reason for it not being around today.

Never saw it, but per Wikipedia, it ran for five seasons and 115 episodes, which is actually quite a few.

I had HBO for years before getting Showtime, so I’m more familiar with their shows. I remember Dream On, and Arliss (and now HBO has Ballers, which covers some of the same territory as Arliss, in terms of being about the business of sports).

I watched that show as a young teenager. They also had a little sister who went on to become Data’s daughter on a episode of Star Trek:TNG.

I believe she was the main star’s daughter, not a little sister. Her name is Hailie Todd. Most importantly, she is the real life daughter of Millie Helper of Dick van Dyke fame. About a year after Brothers went off the air; her mother was the second lead in a show called The Fanelli Boys about a group of four brothers (her sons). At the same time Hallie was cast in a show about the production staff of a fictional TV show called Going Places. In other words, she was in a show that mimicked her mother’s most famous show (Dick van Dyke), while her mother stared in a show focused on brothers. Ironic beyond belief, neither show went beyond its first season.

I remember this show, I was sure it was on broadcast television. Was it one of those early cable shows that aired twenty times a week (at different hours so it could accommodate any work/sleep schedule)? I must have seen it at my mother’s house, she splurged for cable and they gave her Showtime for free for a few weeks, I think they forgot to flip the switch when the free trial ended and she had Showtime for years. (Or maybe she paid the Sultan’s ransom they charged in those days.) I remember a few things about the show. First, it was kind of like a play. They would show a scene, then the entire audience would applaud. Come back from commercial … (wait!). It was a very new thing then, but became common later on. There were no commercials, so they would do a scene and the completely silent studio audience would erupt into applause. Then the action would fade to black or just cut to a new scene. The applause was just odd to me, jarring even. It reminded me of parents at a grade school performance, if a kid forgets a line the action stops - so the adults applaud even though they shouldn’t.

I also remember the star was the hot-shot reporter on Lou Grant. I liked him and was looking forward to his new show. It was supposed to be (I think) he retired from football and opened this restaurant or bar, and was finally going to be able to spend time with his daughter. But the bar keeps him busier than he thought, and his brother it turns out is gay, and customers keep wanting his autograph. Life continues to keep him busy sitting in a bar every day, hour after hour. Not only does he not get enough time with his daughter, but he gets Fonzied!

The gay brother’s best friend is flamingly gay and HILARIOUS! After the first few episodes, that character became the focal point and got all the good lines. I remember him as very similar to the “Johnnie” character from Airplane!, he flamboyantly says four lines and steals the show. Scene after scene, show after show, week after week. I actually remember one of his quips. The brothers were bowling against archrivals and needed a substitute. The gay friend offers, but is rejected. Other options are attempted but collapse and things look bad for the team when they find out a regular at the bar is a ringer. Of course it is the gay friend whom they have already dismissed as not manly enough for bowling. The straight brothers, and all of America, learn a valuable lesson about stereotypes and they ask if he is the ringer. He replies (something like): “I was stationed in the Arctic Circle for x number of years where the nights are six months long on a base/fort/station with nothing but a radio and a bowling alley. There were only two ways to spend your time there during the long, cold night and I perfected the more athletic one…… and became a pretty good bowler too!” (Rimshot—hilarity, etc.) I remember I wasn’t the only straight guy begrudgingly laughing at the character. I learned in the 80’s (and into the 90’s- I am a slow learner) that gays are just like the rest of us. They have thoughts and feelings and dreams and disappointments; but they are always without fail, very funny and very extroverted.

My one significant memory of that show is that the same joke was made in an episode of it as was made in an episode of the TV show Soap. In one scene of the show, one character was gay and one was a little stupid. The stupid one said something like “You know, back in the old days, there were no homosexuals.” The gay one said, “No, there were gay people even back in the time of the ancient Greeks. Alexander the Great was gay. Plato was gay.” The stupid one says, “Mickey Mouse’s dog was gay?”

My one significant memory of that show is that the same joke was made in an episode of it as was made in an episode of the TV show Soap. In one scene of the show, one character was gay and one was a little stupid. The stupid one said something like “You know, back in the old days, there were no homosexuals.” The gay one said, “No, there were gay people even back in the time of the ancient Greeks. Alexander the Great was gay. Plato was gay.” The stupid one says, “Mickey Mouse’s dog was gay?”

That’s one of my favorite scenes from Soap. 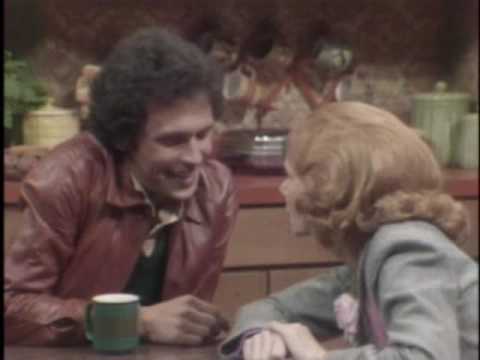 On Brothers, the joke appears in Season 1, Episode 1:

That’s not an accurate quotation though on that webpage. It would have to be Plato, not Pluto, to make the joke funny. If someone feels like digging through that episode of Brothers (and all the episodes are available on YouTube, I think), you can find it there.