Someone put together a website with an algorithm that creates art from text prompts. It’s tons of fun to play with. Anyone else tried it?

Could have been fun, but I only got a demand to “buy credits” which I obviously didn’t follow, so no (free) luck for me.

I chose ‘an AI created painting’ as my prompt, went with the ‘sinister’-preset (because of course I did), and got this: 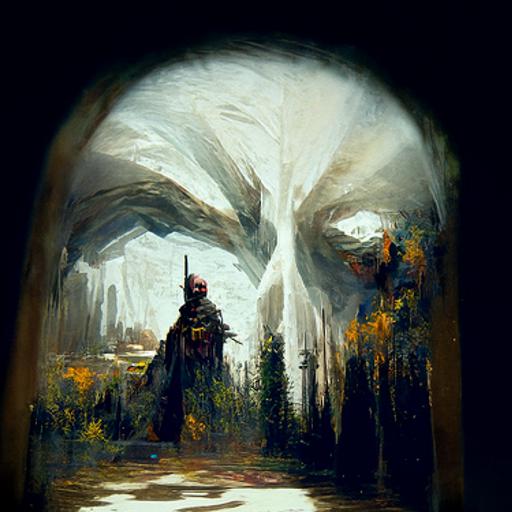 The first few iterations, it was a bit more skull-like, which is still somewhat preserved. So, the first thing this AI thinks of when asked about what’s a typical subject for AI-generated imagery is death to humans, it seems.

Doper @Mangetout has some good videos about AI-generated art at his YouTube channel, Atomic Shrimp: 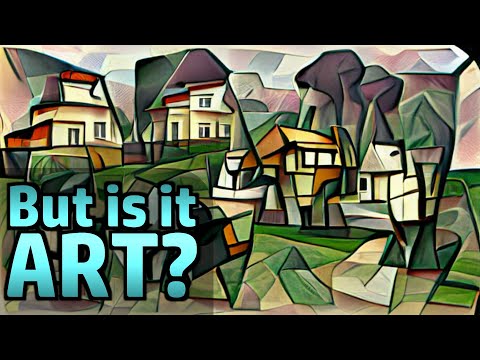 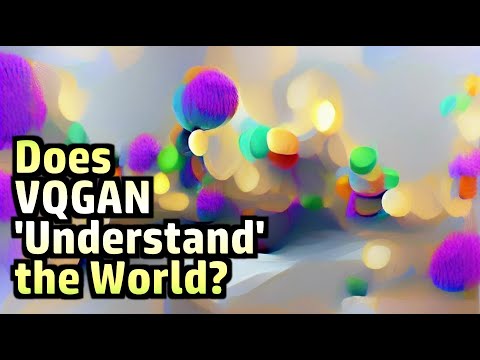 ‘The future of the human race’, this time with the ‘oil painting’ preset I thought would be mostly neutral, yielded this: 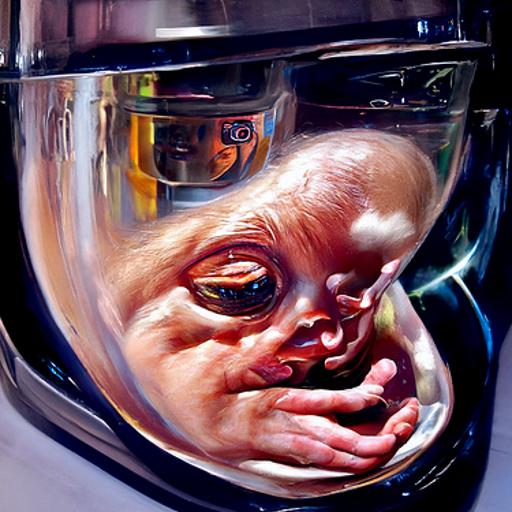 Which, I don’t know—head/fetus in a vat? Mutant? Not something I’d put in the ‘where do you see yourself in 5 years?’-column…

You can sign up for free and get free credits upon signup - so far I’ve made about 20 images without purchasing anything.

Love the art so far! I’ll share some of mine in a bit.

Here’s my most popular, “haunted derelict spaceship”. I envisioned it floating through space, but I like what the algorithm came up with.

And my most purposefully disturbing, “freaky spider’s web”.

“Death to all humans” with the cyberpunk style option.

My handle is the same as my user name here, if anyone wants to follow my “work”.

Thanks iiandyiiii. I took a photo from a design project and applied the Picasso filter. I’m going to show this to my department and see how they react to it.

To me, what’s most fascinating about such pictures is the way they almost seem to make sense—the way there’s something dog-like and something robot-like in the robot bulldog above, without those parts coming quite together. I think that’s actually telling us something interesting on how our own minds work. An old theory, going back to William James and more recently being elaborated on in the popular science sphere by Daniel Kahnemann in Thinking, Fast and Slow is that there are two systems of thought—an immediate, unconscious, associative ‘System 1’ and a conceptual, conscious, step-by-steap reasoning ‘System 2’.

I’ve been exploring the thesis that ‘System 1’ works something like a neural net, with ‘System 2’ providing a sort of editorial role, coordinatizing the world with interpersonally sharable concepts to ultimately facilitate social cohesion, in a series of articles on 3 Quarks Daily, starting with The Lobster and the Octopus. (I hope it’s OK to link to this; I don’t get any money or other benefits from clicks to the site.)

I “evolved” my Boston Terrier Attacking Dragon three times using the coherent setting until I ran out of credits. Started to look better. I like how the dragon is forming, but my Boston Terrier blob seems more like its running for its life.

I guess that’s a passable drafting table, but I have no idea what those objects are on it, beyond the fact that none of them is a slide rule.