That sounds unintended; the point of a “seed” is that the results be reproducible.

It was never the case for “coherent”/disco diffusion at Night Cafe.

One curious thing I’ve found with the offline Stable Diffusion–for img2img, if I use the same seed but different prompts, I get varying but similar images: 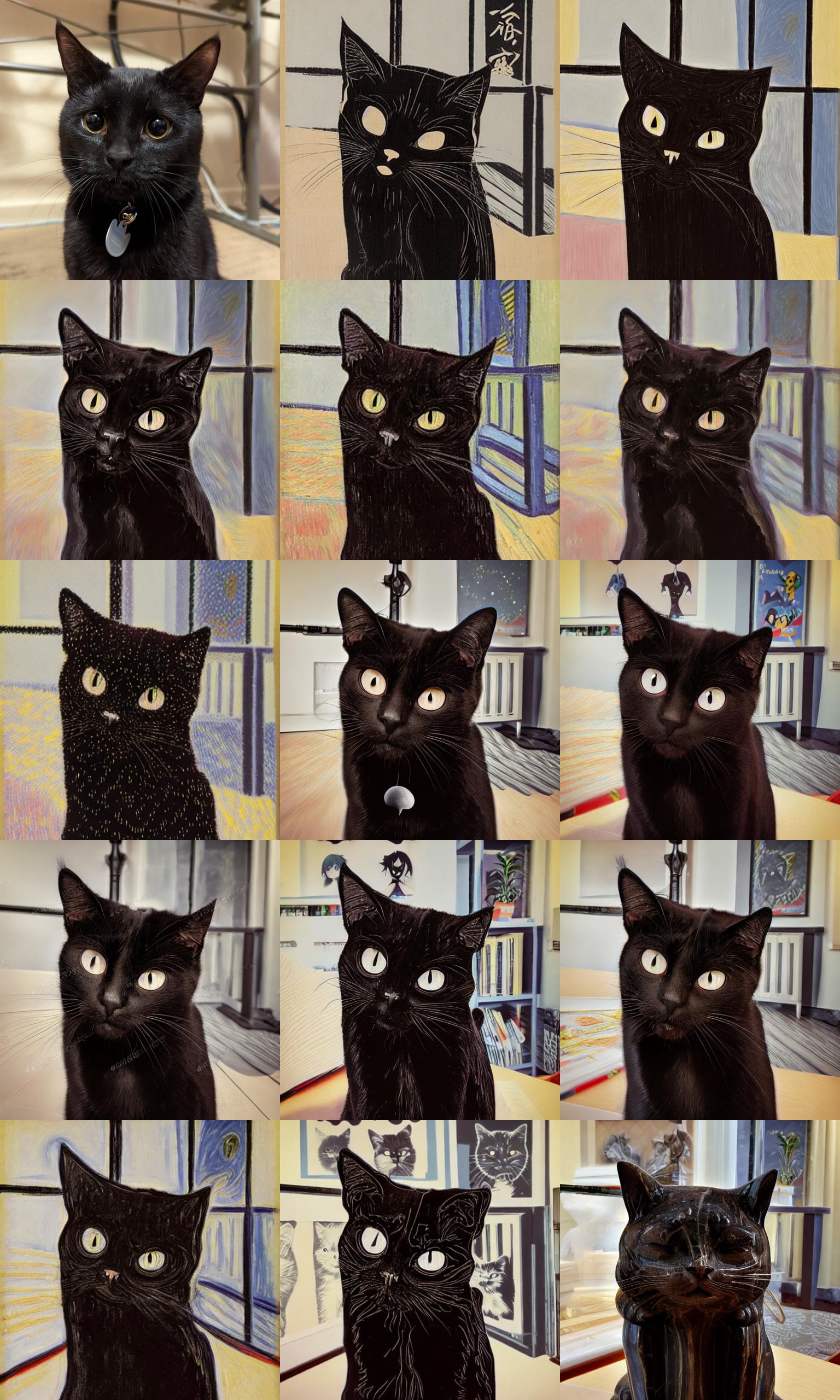 They all produce the same little head tilt and squished features (except for the statue one), which is not there in the original image. The color selection is similar–partially derived from the background, but not completely.

Not all of the seeds were so consistent, but most had some degree of similarity across prompts.

One curious thing I’ve found with the offline Stable Diffusion–for img2img, if I use the same seed but different prompts, I get varying but similar images

I’ve seen something similar, playing with Annie Leibovitz prompts. Note how similar the first two in each set (an ugly family and a dead family) are, where each of those had the same seed. 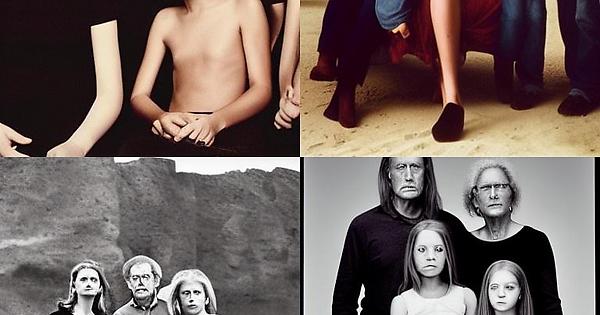 My latest algorithm (at Night Cafe) consists of running whatever prompts I’ve settled on with 80% prompt accuracy [I’ve found that that slider basically affects how sharp the image is and not anything to do with composition]. The prompts I’m falling back on are pretty well vetted by now, which I tweak here and there, so that image is usually pretty cool. Just to be safe, I evolve it - that is, use it as a start image - with a new random seed and then give it the 80% prompt weight as well as 80% noise (using identical prompts, of course), and I’m getting really interesting results. The evolved image, nine times out of ten, is a real improvement and most of the time as well, both images are winners.

Another thing I wanted to mention - in case no one has figured it out (it took me a little while) - is that when you get the “too many words” warning, it’s not counting words; it’s counting punctuation. Actually, it’s at least counting commas for sure - I’m not really sure about other punctuation .

I read in a couple of places that OpenAI Dall-E now allows you to “upload and edit photos with faces”.

BTW, I see that Nightcafe offers large packs of credits for around 5c/credit. But IME if you are really going to use it, you will easily find yourself doing a hundred renders just to perfect a simple final image.

Stable Diffusion disappointing has less of a grasp of some pulp culture/media characters than Min-Dalle and Craiyon. In the past I have tried E.T. and Alf and the two older systems drew them badly but clearly “knows” who they are while SD has no clue. Today I tried creating a rancor in SD. Again, the two older systems knew well what a rancor was but didn’t draw it very well, but SD didn’t have a clue, drawing some four-legged hippo-bulldog thing.

Lately I’ve been playing with gremlins. I get very interesting results, but they don’t seem to have much influence from the movie. And I just noticed that Night Cafe has added some complex new custom presets (they may have been there for a while, I haven’t looked in a while). Here are some scary ugly gremlins with the “portrait” preset:

But for something creepier, try in SD: