First I’ll say that I wouldn’t post again in the topic even if the topic ban were recended because the OP has made it clear that I am not welcome. But I dispute that what I said rises to the level of a threadshit.

The thread title is “The Atheist 10 Commandments” and the op asks “What would be your atheist 10 commandments that would give a framework for morality that could apply universally?”, which, to me, is asking about a set of commandments that could be universal for atheists. My reply was simply questioning the premise: that “atheists” represent a group. But atheists do not: you have far left-wing atheists, far right-wing atheists, and everything in between. An atheist from a predominantly Islamic region is going to think differently than an atheist from a predominantly Christian region, or Hindu, or Buddhist. Atheism is not an organization and is not a movement.

(And a rude note added while I was composing this very post? Yes, ecg, I’ve been here long enough to know not to dispute moderation in the thread, thank-you-very-much.)

I got into an online discussion about whether there can be morality without a god. One position from a Muslim was that all morality comes from Allah starting with the first human (it was a little unclear as to how this would work since Islam was not founded until the 600s). One position was that morality is a social construct that is projected back onto whatever gods that society happens to have. So let’s say there’s no god to tell us what’s moral. What would be your atheist 10 commandments tha…

What post do you consider rude? Especially after you did indeed dispute moderation in thread and were let off without a warning? I’ve seen posters suspended for that offense.

Especially after you did indeed dispute moderation in thread

I mentioned the title of the thread.

That was a reply to ECG’s modnote, that is the definition of disputing moderation. You got off easy and you were pretty much thread shitting. It wasn’t major but then you didn’t get a warning did you?

This complaint is actually bordering on silly. You did dispute, no one was rude to you and you were threadshitting.

Help hint: if you want to talk about religions and commandments, start a new thread. That does not belong in an ATMB thread.

. You got off easy and you were pretty much thread shitting. It wasn’t major but then you didn’t get a warning did you?

Got off easy? I wouldn’t describe getting banned from the thread as getting off easy.

That was after arguing moderation. Banned from one thread is not a major deal is it?

Again, arguing moderation has led to suspension and usually at least warning.

Banned from one thread is not a major deal is it?

Since it happens less often than warnings, it might seem to be a more severe punishment in some eyes.

A very minor punishment is not worse than a warning, despite rarity.

This complaint is actually bordering on silly. You did dispute, no one was rude to you and you were threadshitting.

Less a complaint than a request for clarification. I can honestly say that it never occurred to me that the questioning of the premise would be considered “threadshitting” and was any different than the type of discussion points that go on in threads here every day.

If that was a threadshit, I would think the second post in the thread is also a threadshit:

Atheists are humanists as opposed to deists, so commandments stating what they do and don’t believe/do would be antithetical to their basic belief that humans determine their own destiny.

FWIW I don’t think either was really a threadshit. From my perspective the OP topic needs elaboration. What’s an atheist bible? An atheist communion? Atheist crucifix? I wouldn’t criticize someone for asking that, but it seems fair game to ask how someone’s supposed to answer something that doesn’t logically scan.

I think it was borderline, based on the Title of the OP I would agree with you, but based on the content of the OP, your post served no real purpose in that thread and was a minor thread shit. I do think it would often not draw a flag.

In fact calling out your post as a threadshit got the OP a minor modnote also. I think I did that yesterday.

While a warning gives the punished an opportunity to change course, tone things down and still participate in the conversation, a thread ban does not.

I’m glad I didn’t post in that thread. Had I, it would have been to point out that atheists have nothing in common other than lacking a belief in god(s). I don’t collect stamps, nor do the majority of people. We nonstampcollectors have zero things in common other than our lack of stamp collecting.

I agree that the op shouldn’t have questioned moderation, but the initial charge of threadshitting was wrong IMO.

Based on just the thread title, yeah, the post was reasonable. But based on the full OP, the question was “if you don’t have a religion to impose morality, what morals do you think everyone should aspire to?” And that’s a reasonable question, like, “if you never buy stamps, how do you send out holiday greetings?” The lack of belief in God and the question about moral guidance are directly related. And I say this as an atheist who gets pissy when people treat atheism as if it were just another religion, and not a random collection of people who don’t believe in God.

And I say this as an atheist who gets pissy when people treat atheism as if it were just another religion, and not a random collection of people who don’t believe in God.

And on the other side, those who sneered at “dictionary atheists” who didn’t sign on to what was essentially a real-world attempt at an “atheist 10 commandments” 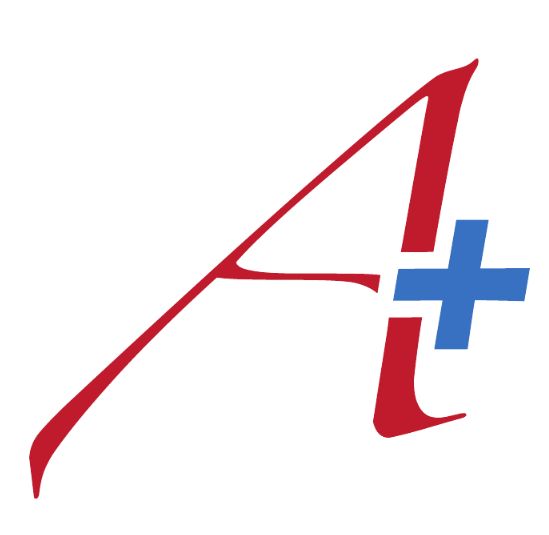 Myths and Truths About Atheism+

Last week, Jen McCreight announced that she was fed up with sexism in the atheist movement and called for a new wave of atheist activism, one explicitly concerned with social […]

Yeah, just from the part in the one-box, which implies a “wave of atheist activism” I’m going to reject that link as nonsense.

I never said you are not welcome, only that your particular post was dismissive of the spirit of the thread, rather than contributing to it. The point was to ask people to posit moral standards that do not derive from a deity, which you feel would benefit humanity if everyone followed them. It is asking for individual opinions of this. It is asking for “your atheist 10 commandments,” not asking, “What moral code would all atheists agree on?”

Your post, OTOH, says that it doesn’t even make sense to ask the question. As evidenced by the many thoughtful answers posted in the thread, apparently some people do think this question makes sense.

I would readily accept someone who wanted to discuss the premise, but the post is summarily dismissive of the premise.

I’m glad I didn’t post in that thread. Had I, it would have been to point out that atheists have nothing in common other than lacking a belief in god(s).

As I mentioned, the question is not asking for a consensus of all atheists in the world. It is asking for individual opinions. There is no underlying premise that all atheists have anything in common.

Your thread title is in direct contradiction to that.