Do lawyers have to prove they are lawyers before they go to court?

I’m watching some Leverage reruns, and there have been two so far where someone in the team (Nate and Hardison) act as lawyers in court. Of course they aren’t actual lawyers.

Plus there was one Law & Order (Nowhere Man) about a murdered ADA who was both an identity thief and a fake lawyer.

In real life, of course, compared to TV there’s a lot that goes on that isn’t shown, but do lawyers have to prove their bona fides (law talkin’ types just love their Latin!) before they enter the courtroom? Could those Leverage episodes even get that far?

Or is it much more informal, until something bad happens? Hard to file a contempt citation if there’s no lawyer by that name.

www.loweringthebar.net is a great legal humor blog. I’m not a lawyer, but fairly frequently he posts stories about people practicing law for long periods of time before anyone noticed they didn’t actually have a license (or, even worse, before anyone noticed their license had been revoked). There are fairly significant penalties if you get caught, of course, but I get the impression that at least in most jurisdictions nobody is actively looking for cheaters.

Hmm. If you file things in court in my jurisdiction, you must include your Bar number. You also, now, are required to e-file most things if you are a lawyer. I don’t know for sure, but I would think that when you get your e-filing credentials, they would cross-check that you are admitted to the bar and/or that your bar number is legit.

Also, there are systems people use to fill in the address, etc. for lawyers on filings and such, which tap into the Bar’s membership directory. So I think it would be discovered fairly quickly. 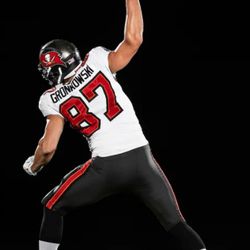 Do you have to file notice to represent a client before court? You can’t just show up, right?

Funny site. And yep, found this on the front page of it: “No One Can Stop Me,” Says Lawyer About to Be Stopped

Many reasons, in fact.

Deters was supposed to stop practicing law eight years ago, when his license was suspended. But he kept doing it anyway, according to the Kentucky Supreme Court, which recently rejected his latest request to be reinstated. And because he apparently kept on doing it even after that , he might now be facing jail time for contempt.

I worked with a woman who was ‘trying to pass’ as a lawyer. As a matter of fact, she did a fine job. Of course she got fired when she was found out.

How long did that take, and how did she get busted?

I was not privy to the details, and she was working there before I started, so I don’t know.

I practise in a pretty small jurisdiction (about 1200 lawyers), where everyone knows everyone. If I get a file with someone new, I tend to ask around, not because I think anyone new is a fraudster, but just to find out a bit about the person. Might check out the Law Society’s online list. I think someone would get noticed pretty quickly.

Hmm. If you file things in court in my jurisdiction, you must include your Bar number.

I believe that requirement started in Washington after a woman pretended to be a lawyer for quite awhile before she was caught. (that’s the rumor anyway)

I do wonder if anyone ever cross checks the number on your pleading with the state bar’s website. I’m skeptical. Even if they do, that would only catch litigators, not someone drafting wills or contracts.

Do you have to file notice to represent a client before court? You can’t just show up, right?

Nope, no notice required in my jurisdiction. Just show up in Court, “Your Honour, I’m So-and-So Jones and I represent Mr Smith on this charge.”

Don’t need to include my bar number on anything except my log-in to the Law Society website.

Hmm. If you file things in court in my jurisdiction, you must include your Bar number.

Who checks it, and how often is it checked.

I’ve done foreclosure litigation, and it would sometimes come to pass that a realtor would come to court to try to delay a judgment or sale because they had a short sale contract. It wasn’t always obvious who they were, and sometimes they’d say they were “representing” the homeowner. Some judges would still grant their request for a delay even when it was pointed out that they do not, in fact, represent the defendant (or that a power of attorney is not the same thing as actually being able to represent somebody in court).

But, as noted, lawyers tend to know who is in their local legal community, and lawyers do get issued bar cards to prove they are licensed, so some stranger would probably be questioned (however informally) to verify that they are in fact supposed to be there - I’ve been asked “are you a lawyer” by a bailiff when I was walking into the well of the courtroom where I wasn’t already known, and most judges want to clarify who they are taking to when they call up a case (I.e. I’d expect a judge who saw somebody with the defendant to ask “and you are…?” A lawyer would then give their name and probably their license number)

And if you are trying to pull some kind of scam (as opposed to being honest when called out - “no judge, I’m not a lawyer. Just a family friend lending support.”), you’d probably be arrested by the bailiff on orders from the judge (what for? Contempt of court, perhaps - that’s why not lying when asked who you are is important; I assume most states also criminalize practicing unlicensed law as well)

Yep, same here, it would be relatively easy for matters where you do not need to file anything, and/or jurisdictions where filings are by paper though this is increasingly rare.

For most courts here now, you need to e-file and as others have said, you have to produce credentials to register for the e-filing system.

(I.e. I’d expect a judge who saw somebody with the defendant to ask “and you are…?” -

For most courts here now, you need to e-file and as others have said, you have to produce credentials to register for the e-filing system.

Our criminal courts don’t do e-filing. The main one is very much an oral business court, not one for written filings.

I’ve been in many state and federal courts where there is no checking whether the lawyer is who they purport to be, or even a lawyer.

You’d probably get caught eventually, but no, no one checks IDs at the door (when I used to practice up to 10 yrs ago). And if you got caught, I imagine the repercussions would be significant.

The more common practice (for paperwork) is for a non-lawyer to do all the work, and just have some shill w/ a law license sign off on it. Happens all the time.

And non-lawyers are allowed to do many aspects of legal representation. Depends on the jurisdiction.

Lucky for me, the plaintiff was representing himself and was a total moron. I objected to the first thing he said, standing up and almost yelling, “OBJECTION, heresay!” I then explained why I thought it was heresay as well as why the different exceptions didn’t apply. I’d done my homework.

The magistrate patiently explained why heresay testimony wasn’t allowed, then the plaintiff basically restated the first thing he’d said and I objected again. The third or fourth time I objected, he lost it and yelled, “THIS IS BULLSHIT”.