Do trans girl athletes have an advantage? [Moderated title for clarity]

I think you’ll have to explain your reasoning here.

I wouldn’t quite say it the way they did, but it is mistaken to assume that a trans girl was born “biologically male.”

For one, sex isn’t really binary, either: there are multiple traits that come together to be considered the “sex” of someone. For example, there are XY women who have a condition called “androgen insensitivity syndrome.” While some would label all such people “intersex,” the insensitivity can actually result in stronger feminine appearance. They definitely would have been assigned female at birth.

For another, there are some studies that suggest that the brain of trans people is closer to that of their chosen gender than what they were labeled at birth. And, as @HughGoply says, even our minds are ultimately biological. This suggest then that, e.g. for trans women, at least a part of them was always “biologically female.”

To avoid these ambiguities, the general accepted term is now “assigned male at birth,” or AMAB. And, of course, as I used above, there is also “assigned female at birth” or AFAB.

There’s a video by a trans woman that I would like to link, but I’ll want to go back through it to make sure I remember correctly that it mostly focused on high school or earlier sports.

I misremembered: she does go into the more general topic, including trans women. However, this is in part 1 of the video, so I’ll just link to part 2. She specifically even mentions the laws that the OP mentions.

That said, it kinda sucks that you miss out on the setup of the running joke, so I do recommend watching the whole thing. 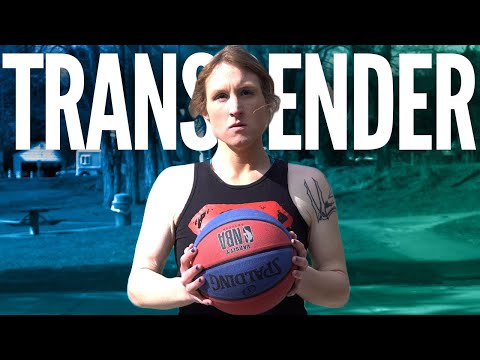 The question of whether this advantage is present in pre-pubescent trans girls seems to be less clear cut so I shan’t venture an opinion on it.

It makes little sense to endure that if, when you come to compete, you’re pitched against someone with an unfair physical advantage.

Like if I tried to play basketball against LeBron James?

It isn’t fair to the cis girls competing, just as it wouldn’t be fair to have an all cisgendered sporting event where one of the entrants was allowed to take steroids.

The trans girl is competing just as God made her, not taking illegal drugs. Both the cis girl and trans girl are competing with their God-given talent.

The question of whether this advantage is present in pre-pubescent trans girls seems to be less clear cut so I shan’t venture an opinion on it.

Everyone has advantages and disadvantages. You seem to want to use certain advantages that trans girls may have on average to exclude them from participating, which has the implication that they are not really girls. Forgive me if I’m misunderstanding you.

Modnote: Once more, this thread is concerning school athletics and girls’ sports. Not adults.
Please do not take us off-topic.

Please note I spoilered the off-topic posts with instructions not to reply to them.

How about this, then: “She went through puberty with her body exposed to, and her growth affected by, male hormones, similar (if not identical) to what a cis male experiences as he goes through puberty.”

This topic was automatically opened after 15 minutes.

To keep this on girls in school. There aren’t boys’ and girls’ hormones. There are human hormones. Now, some of these hormones are different on average in boys and girls. But there are ranges within boys and girls, too. And when these averages were studied, trans experiences were excluded. We can’t say a particular trans girl’s testorone level is unusual for a girl when the studies excluded trans girls from the ranges of girls’ hormones. I’m also unaware of any school association that excludes girls based on hormone levels.

We can’t say a particular trans girl’s testorone level is unusual for a girl when the studies excluded trans girls from the ranges of girls’ hormones. I’m also unaware of any school association that excludes girls based on hormone levels.

Statistically speaking, it likely doesn’t matter if trans people are included or not in the ranges since they are such a small percentage. When they say that men have a certain range of testosterone and women have another, that is based on statistical analysis where something like 95% of men fall in to the men’s range and 95% of the women fall into the women’s range. Whether that range is based on genetic chromosomes or self-identification, it’s going to be about the same either way. The range does not include 100% of people. There will always be outliers. Some cismen have very small amounts of testosterone that are outside of the typical men’s range and are even below the typical range for women.

Geez. Just let them play and let them pick whatever they feel is right.

I do not care if they have a small advantage or not, because of course the right genes, such as tallness for basketball, also give an advantage.

So why have two categories at all? What’s the point? It’s rather a lot of trouble if it doesn’t really matter.

Well we care if there is an advantage because that is a crucial thing in the context of sports. Being able to jump a few cm further than the next man is of no consequence at all…except when it comes to the long jump.

I will say though, since the mods have insisted we stick to high school sports, I am not sure of the importance. I’m not American – how big a thing are sports scholarships, and are they strictly competed for (i.e. the winners automatically get the scholarships)?

And I don’t think your second sentence goes together with the first. I am pro-trans and a feminist. I don’t think it is good for either group if male → female trans athletes continue to do disproportionately well. It’s not fair for the girls who are training hard, and it is not good for the trans community as the bigots can point to it as evidence that they are not yet “normal” girls.

Everything about us is biological at base. Being male or female is biological. Trans and cis women are female based on their biology.

So what would be the tests we could do to determine whether someone was biologically male or female?

It depends on the age. Even as young kids, boys have some advantages, as the study linked above showed. But by the end of high school the kids have been through puberty, and a significant number of under 18 boys are able to beat world records set by adult women, putting them far ahead of their female peers.

If boys are faster than elite female athletes, should males compete in female...

See how the best high school boys stack up against the best female Olympians and World Record holders in Track & Field and Swimming.

I tend to agree that it depends what age the child began transition. Male puberty confers a huge laundry list of athletic benefits, which studies show are not undone by a few years of hormone therapy.

How does hormone transition in transgender women change body composition,...

The reason trans men and boys are largely ignored in this discussion is that no one believes they have an advantage over cis men. Quite the reverse. If they are not taking testosterone there is no real reason they should be barred from women’s and girl’s competitions, and if they are then they can be allowed to compete in men’s without unfairly disadvantaging anyone but themselves.

As for the argument that everyone should compete according to gender identity with no requirements for hormones etc, completely ignoring the physiological differences between the sexes, this is a logically inconsistent position. Those physiological differences between (cis) men and women are the only justification for allowing separate mens and women’s events in sport, something that would otherwise be considered just as discriminatory as having separate events for different races or religions. Especially given the massive disparity in rewards that exists in many sports. If sportswomen were able to compete against men they would long since have campaigned to be allowed to do so.

And when these averages were studied, trans experiences were excluded. We can’t say a particular trans girl’s testorone level is unusual for a girl when the studies excluded trans girls from the ranges of girls’ hormones.

Actually, quite a lot of trans specific research has been done to date and more is being done:

What has sex got to do with it? The role of hormones in the transgender brain

Sex differences and hormonal effects in presumed cisgender individuals have been well-studied and support the concept of a mosaic of both male and female “characteristics” in any given brain. Gonadal steroid increases and fluctuations ...

So what would be the tests we could do to determine whether someone was biologically male or female?

so if the person says they are biologically a female then they are?