Now that Trump is much more likely to win the nominiation, supposedly there is talk of a 3rd party run. 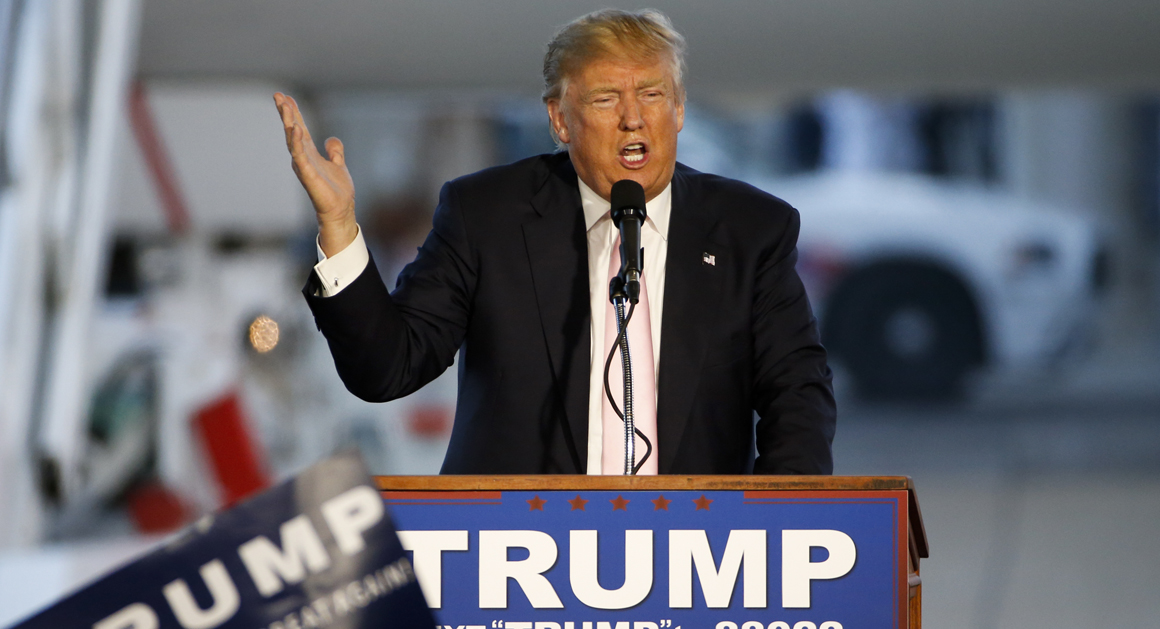 One person involved in the gathering described it as in the “embryonic” stages.“

To me, the rise of Trump is in part a rejection of GOP orthodoxy. I’m sure that is wishful thinking on some level, but that seems to be what is happening.

That is like if McDonalds was outselling Wendy’s because people liked McDonald’s food better, so Wendy’s decided to build more stores to fix the problem. It makes no sense. Improve the product if you want people to buy what you are selling. If you build another Wendy’s that sells shitty tasting food, people won’t buy it no matter how many stores you put up.

It seems the GOP establishment wants to keep selling the same thing (moral values as a distraction, indifference to the economic well being of the bottom 95% of the country, a corrupt and rigged political system, empty platitudes, etc) and, at least in this cycle, people aren’t interested in it and are supporting Trump because he runs against it. That is how it seems to me, but I’m sure I’m putting my ideological lens on it.

My impression is they (the GOP orthodoxy) don’t seem to grasp that people are rejecting their ideas. They think another candidate pushing orthodoxy is going to make a difference and win back voters. Nope.

The impression I got from the so called establishment guys is that like Bill Wichterman they look as moderates regarding immigrants. Others mentioned were the editor at RedState whose site has gone against the xenophobia of trump.

If my impression is correct, I can see that many who do oppose Trump were the ones who many Democrats and liberals warned them about the results of pandering to all those extremists, anti-intellectuals and bigots. I clearly remember many times in past discussions of how many posters of the right that do appreciate skepticism (they are here in the SDMB after all) did show many times a huge blind spot regarding many policies and moves from the Republicans that in reality benefited ignorance and bigotry.

There was usually a patina of “following the law” or being “morally correct” that made the moderate conservatives ignore the bigoted abuses or ignorant acts that extremists could do with many proposed new rules or laws, and so it was that many times that the results of those policies ended up harming either education, minorities, the poor or women.

Still, the courts ended up limiting many of those efforts, and now with Trump in the picture the anti-establishment people do think that they have a champion to stop those limitations. (Like what Joe Arpaio wants in Arizona)

The opponents of Trump are IMHO the ones that willfully ignored the time bomb they helped to set up. I would like to be cynical, but there is always the chance that many of the ones in the establishment do sincerely believe that most of the Republicans are not like the Trump followers.

I have to tell them that this is what a rude awakening looks like.

They are about to lose 3 in a row. The last two times the candidate was not conservative enough. This time he’s not even a conservative. They are choosing to ignore what’s right in front of they’re faces, again. The core positions are not favorable to most, and they are on the wrong side of history, again. It’s right there, but they don’t want it to be - “it can’t be that - we’ve just had the wrong candidates”, again.

To the contrary, GOP followers have absorbed the messages they’re fed and responded accordingly. Trained to think dog shit is nutritious, of course they’ll go for a giant pile of horse-shit. This article makes clear that the GOP is just reaping what it sowed.

A GOP Congressman yelled “You lie!” when his President was delivering the State of the Union address. A large plurality of GOP leaders “weren’t sure” whether Obama was born in the U.S. or not. As for xenophobia – the main policy issue which sets Trump apart from the usual billionaires – the GOP candidates have tried to outdo each other in inciting fear of Syrian refugees.

Serious debate is never an option with today’s GOP. Nobody’s allowed to even appear on the stage unless they want to repeal Obamacare – what’s wrong with ACA, or what it should be replaced with, are just not topics for discussion.

The GOP has reaped what it has sown. Let rational-thinking Americnas hope that this is the death-knell of the horror the Grand Old Party has transmogrified into.

The party of Lincoln and Liberty has been transmogrified into the party of hairy-backed swamp developers and corporate shills, faith-based economists, fundamentalist bullies with Bibles, Christians of convenience, freelance racists, misanthropic frat boys, shrieking midgets of AM radio, tax cheats, nihilists in golf pants, brown-shirts in pinstripes, sweatshop tycoons, hacks, fakirs, aggressive dorks, Lamborghini libertarians, people who believe Neil Armstrong’s moonwalk was filmed in Roswell, New Mexico, little honkers out to diminish the rest of us, Newt’s evil spawn and their Etch-A-Sketch President [George W. Bush], a dull and rigid man suspicious of the free flow of information and of secular institutions, whose philosophy is a jumble of badly sutured body parts trying to walk.