Do you know what Lestoil is? Are you aware that it is still around?

I remember grandma talking about Lestoil. I assumed it meant Less Toil and therefore, something associated with housework. I googled it; I don’t recognize any of the packages.

I always wanted mom to buy Imperial. "cause you know, the crown. 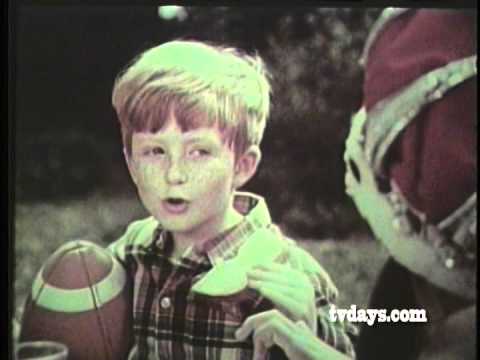 I never understood why the customer did not wear rubber gloves wile doing their dishes. And why was it always such a surprise when Madge told them what she was using. The damn bottle was right there in plain view. Madge should’ve clobbered the customer with the bottle.

How about you? Are you aware of Lestoil?

Pass the Malt-O-Meal and Bosco.

Datapoint: I’ve never heard of Lestoil and Bosco to me means low rent bread sticks. Malt-O-Meal was a favorite (with CocoWheats & Wheatina) when I was a kid, though. Extra lumpy here, please!

My mother used to use it when I was a kid in the 1950s and 1960s. It was especially good for grease and paint.

While I haven’t seen it in years, it doesn’t surprise me that it’s still around.

I’ve seen it and remember the ads and jingle.

I’ve seen it in supermarkets relatively recently. It looks like you can get it online.

Goop and GoJo work well, but leave a UV signature on clothes. I guess it doesn’t matter if you don’t frequent clubs with black lights.

I’ve seen Lestoil but never really paid much attention to it. A little searching indicates that it’s one of the most versatile cleaners out there, and can even be mixed with bleach without adverse effects.

Yeah, well, now’s the time of year to find out!

I went to a haunted house in my old town that was lit with black lights, and the weirdest things glowed. I definitely remember everyone’s tennis shoe stripes glowing, and many of the shoelaces too, and also some womens’ nail polish.

Goop and GoJo work well, but leave a UV signature on clothes. I guess it doesn’t matter if you don’t frequent clubs with black lights.

Or try to clean up a crime scene.

In our local paper, The Oregonian. It’s probably behind what’s in the NYT paper.

Sorry about the confusion. Chefguy is correct - my local paper runs the NYT crossword 2 weeks behind.

Also, it’s not some decades-old bottle of Lestoil I’m using; I buy it locally regularly. Here it is on Amazon:

“Parkay!” “Holy shit! the margarine is talking! Run for your lives!”

Wow, ignorance fought. Ending in “-oil”, I assumed it was like Castor Oil… for the last sixty years!

Never ever heard of or seen Lestoil. Have no memory of any commercials for it. Used to eat Malt-o-Meal as a kid but don’t think I’ve seen it much past the 1980s. Ate a lot of Bosco as a kid and vaguely remember seeing it around the late 90s.

Me too. I can still see the racoon fearfully covering his head in his hands. This ain’t gonna be good folks!

Wow, ignorance fought. Ending in “-oil”, I assumed it was like Castor Oil… for the last sixty years!

I’d never heard of it before reading this thread, but it took me a few minutes to get that the product name was “less toil” rather than “lest oil”. And yeah, I thought it sounded like an engine lubricant.

Bah, the new stuff sucks. I got a bottle and it is not even close to as useful as the stuff 25-30 years ago. I’m not sure why they discontinued it, Giving you cancer, or destroying the planet or some such assumingly. But damn did it work on oil spots on cement, or clothes.
Then it disappeared for 5-10 years or so it seemed, and come back out as the new stuff, that just seems to be thick Pine-sol basically, rather than the super-powered petroleum distillates it had been when it worked.

I saw a TV show reference the other day to Janitor In A Drum . Anyone?

I just remember us kids imagining that as part of a telephone prank call:

Oh yeah, Lestoil - still popular back in PR; not as much as Fabuloso these days but still holding its own.

I saw a TV show reference the other day to Janitor In A Drum . Anyone?

I remember that! That one I had not heard about in a long while.

Also Coco Wheats - “The creamy hot cereal with the cocoa treat”. My (young adult) kids still love both of these.

Turns out there is still a version of Janitor in a Drum available on Amazon. It’s a large container of concentrate, though - industrial use, I guess. Nothing like the little green drum it used to come in.

I think at this point we need to mention Ty-D-Bowl and the little man in the motorboat tooling around in the toilet tank. The Ty-D-Bowl man.