Dopers of all nations: what is your country's go-to, default beverage?

For my native country of Germany it’s not what most of you would suppose, but definitely coffee. Yeah, we like our beer, but if a friend visits or you have family around, the first thing you do is to offer them coffee. Similar to British tea time, there’s the tradition of Nachmittagskaffee (afternoon coffee), which we enjoy with cake, cookies or other bakery (but always sweet things, nothing hearty, so no cucumber sandwiches). Of course coffee is also the default beverage for breakfast. There’s even statistical proof (German link from spiegel online stating that coffee is the most consumed beverage in Germany, above mineral water, and beer only making third place).

I’ve never been to Britain, but I know through cultural osmosis that tea has the same significance there. Ray Davies put it best: 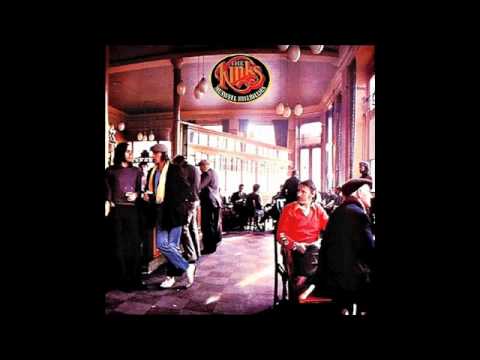 What is it in your country? I’ve never been to the US either, and I suspect it’s also coffee, but I’m not quite sure.

In the US I’d put our most popular beverage as bottled water; it’s a huge industry. After that I’d say soda; it’s served in every restaurant and takes up a huge part of any convenience or grocery store. After that maybe coffee because the junkies all gotta get their fix and get it all day long. Then prolly beer.

To offer guests, it depends on region to some degree. Coffee or Beer are the big ones. After that is Soda, Ice Tea & Wine.

For actual US consumption …

I think Coke beats out water here in the US. At least it does in Texas.

In Israel it’s definitely water - it’s hot out there, after all, and you got to be careful not to dehydrate. Bottled, filtered tap, straight tap, it’s all good. I currently have 7 glass IKEA bottles full of tap water in my refrigerator, in case I get thirsty. If someone stops by, the first thing I’ll offer is a glass of cold water.

Second is probably coffee. The options are instant with milk and sugar, Turkish, espresso or latte.

When I have visitors it depends on the time of day as to what I offer and drink.

I have to make a slight correction to my OP: from morning until about 6 PM, in Germany you offer your guests coffee first thing, but after that it’s usually beer (wine in regions that cultivate wine).

Huh. In the Midwest of the United States offering water for a beverage to a guest would be considered strange or downright rude/cheap. “Can I get you something to drink, we have (various sold beverages)” but if water was requested that wouldn’t be strange.

I get climate probably makes a difference, but German heritage here definitely puts an emphasis on brewed alcoholic beverages…at all times of the day.

In NJ, I would offer bottled water, asking if they want it chilled or room temp. Tap water would definitely seem strange.
In a slightly more formal situation, I imagine the tap water could make a stealthy appearance in a nice pitcher with ice and lemons, chilled.

It boggles my mind that people in countries with potable water buy the bottled stuff, which is usually shipped over great distances and is often just tap water. Environmentally friendly, it’s not. But maybe all water, including flavored, carbonated, vitamin-enriched, mineral, etc., gets lumped into the same category inf polls?

In the US, “soda” can mean any kind of carbonated soft drink, of which Coke and Pepsi are probably the most popular. Where I grew up (Minnesota), we called it “pop.” From watching Corner Gas, I’d say it’s “pop” in Canada too.

When you go into a sit-down family restaurant in the US, the first thing the waitress offers you is coffee, as she puts a glass of tap water on your table. The water will come with ice cubes, even if it’s January.

At a fast-food joint, you’re most likely going to order a Coke or other soft drink, rather than tea or coffee. (Interestingly, McDonald’s did not offer coffee when they opened in Russia in January 1990. It wasn’t added to the menu until February 1994, when they opened their second restaurant.)

Some time ago, one of the questions on Hollywood Squares (a popular American game show) was “What is the favorite beverage of sailors in the US Navy?” The answer: Milk!

I don’t keep bottled water, so I couldn’t offer my guest that.

Normally, I would offer soda or an alcoholic beverage. Well, now we have a sparkling water maker (Drink Mate/Soda Stream) so I may offer them that once we have guests again. (That’s our current beverage of chocie in chez pulykamell.)

Coffee we’ve only recently gotten back into, so early enough in the day, I may offer that. But I very rarely get offered coffee when I go over to a friend’s. It’s typically soda or an alcoholic beverage and maybe, maybe bottled water.

I used to drink a lot of coffee, regardless of the time of day. In the last 20 years or so, I’ve become more of a tea drinker, especially at home. I will order coffee at McDonald’s on a cold day, .

If I have a guest in my home, I’ll offer him/her a choice of beverage, starting with coffee and tea. Then down the list from pop and juice to milk and water (beer and wine are also options).

I’ve never been to Britain, but I know through cultural osmosis that tea has the same significance there. Ray Davies put it best:

A generation or more ago, this would be spot on. These days tea is an older person’s drink, and coffee the drink of the young. We had some building work done recently - a couple of decades ago a brickie, if asked, would go for tea, white, two sugars. Now it’s coffee, often black. (For the record I’ve never much liked tea- I’ve drunk maybe a dozen cups in the last decade, always Lady Grey, no milk, no sugar).

As far as alcoholic drink goes, I would love to report that microbrewery output is the beer of choice - but it ain’t. For men it’s cheap, shit imitation lager. Followed by mass produced cider. Read and be depressed. Note that (to take one example) Carlsberg is not Danish Carlsburg - it is a British version brewed under licence. I remember the feeling of profound shock when, reluctantly and because there was nothing else on offer, I first drank (Danish) Carlsberg. Wow. It’s a very different thing.

For women I would say prosecco and gin are the drinks of the moment.

I also have a question, for Dutch dopers. On a business trip to the Netherlands - OK, it was quite a while ago - we were taken to the canteen for lunch, and it seemed like everyone was drinking milk. It made enough of an impression at the time that the thought comes back to me now. Is/was this usual, or was I just by chance in the company of habitual milk drinkers?

A generation or more ago, this would be spot on. These days tea is an older person’s drink, and coffee the drink of the young. We had some building work done recently - a couple of decades ago a brickie, if asked, would go for tea, white, two sugars. Now it’s coffee, often black. (For the record I’ve never much liked tea- I’ve drunk maybe a dozen cups in the last decade, always Lady Grey, no milk, no sugar).

I work with ‘young people’ (under 30s) in the UK, and would say that tea is still massively popular. Most people will drink both tea and coffee - maybe starting with coffee first thing and moving onto tea later in the day. When I had the builders round last spring, it was pretty equally split.

Surveys still put tea on top - we apparently drink about 165 million cups a day, compared to 90 million for coffee. Coffee is the drink of choice when you ‘drink out’, home veers more towards tea.

Soda is pretty much a kid’s drink, and of course we drink water (who doesn’t have a chilly bottle these days?), but it isn’t something we’d offer to guests. Before 6pm, that would be ‘tea or coffee?’, after 6pm it might be ‘would you like a cup of tea, or something stronger? Wine? Beer? G&T?’

In my younger years, this American would offer water or Mountain Dew. These days it would be only the choice of bottled water or nothing, as I no longer do the Dew and the tap water in my current apartment doesn’t agree with my bowels.

I do drink Sugar Free Red Bull but the people likely to visit me don’t drink it and it’s expensive. Same thing goes for wine, especially since they like anything but the Beaujolais which I like.

Other members of my family will offer each other IPAs, but I don’t partake as they are too bitter for me. I’d indulge if craft stouts were a thing.

Surveys still put tea on top - we apparently drink about 165 million cups a day, compared to 90 million for coffee.

My point, which I suppose I could have put better, was that the old national steroetype of Britain being a nation of tea drinkers, where everything stops for tea, no longer really applies.

PS: we got hipper builders than you! No tea in sight!

PS: we got hipper builders than you! No tea in sight!

True! They turned up their noses at my offer of biscuits though, something about watching their waistlines. I feel the world has turned on its head.