Just curious - are there any mountain dulcimer players out there in Doperland?

Not here, although I’ll admit they’re an instrument I’ve always been curious about. I’ve certainly seen and heard them played–a very nice sound, and enjoyable to listen to if they’re played well. Maybe someday I’ll pick one up and see if I can play it myself.

I have one, but play it rarely.

I have one, but play it rarely.

I have one, and I play it rarely, and poorly, and it’s a homemade job I picked up at a flea market that has a really weird intonation which makes it sound a little like a sitar. And I think all the upper frets are in the wrong place. I’ve never understood how Joni Mitchell makes it sound like a real instrument.

I have one that was a gift from some folks who knew I played hammer dulcimer and assumed that meant I would like the mountain variety as well.

It’s fun on occasion, but it will never make me set down my hammers. I find that I tire of the “drone” sound pretty quickly, so even putting in a serious practice session to learn a new song can be difficult.

I have one that my brother and I made together in '74 or '75. It needs a new nut and bridge, which is on my to-do list, but it hasn’t been playable for a few years now. I miss it - maybe that’s what I’ll do with some of the scrap oak from the baseboards.

Thanks for the answers. Doesn’t look like there are to many players in Doperland.

I find that I tire of the “drone” sound pretty quickly, so even putting in a serious practice session to learn a new song can be difficult.

The tradional method of playing is to use the melody string (the one nearest the player) as the only one for melody, with the others used as drones. Usually using a cylindrical piece of wood as a “noter”. I don’t like the sound that that produces all that much, (way too close to a bagpipe) and have actually never played with that technique. There is a lot of stuff available now that uses flat-picking and fingerpicking techniques that require the player to fret all strings, and these can produce some delightful music. Somewhat harder (some of them REALLY harder), but the results are well worth it. Combining the special ringing tone of the dulcimer with the complexity of using all the strings can procuce some strikingly beautiful music.

Here are some examples, “Angel Band” by Stephen Seifert, and then “Rosin the Bow” by Bing Futch. Both these guys are masters. I hope some day to get at least close to their techniques. It is of interest to realize that the were produced on dulcimers with only three strings. (The melody string is actually doubled, but is played as a single string.)

If those two don’t inspire you to learn more …

You’ll notice that both these songs are rather simple melodies, but sound lushly georgeous. That’s one of the charms of a dulcimer - even the simplest stuff can be very delightful. The only downside that I know of is that to change keys it is necessary to retune the strings, but this usually requires only a moment. The upside of all this is that a culcimer is a lot easier to play than a guitar. As the Brits say, what you lose on the swings you gain on the roundabouts.

Daylate, you have inspired me to drag the thing out of mothballs again. It’s a beautiful instrument – tear shaped and made of spruce and cherry woods – but it has handcarved friction tuning pegs and only stays tuned for about thrity seconds. I’ve tried chalk, but that doesn’t really do much. Any suggestions?

I’ve never seen wooden tuming pegs - it must be an old-timer.

One web site I visited suggests using graphite powder on the pegs. If it were me I might visit a good luthier and see what it might cost to replace them with modern guitar tuners - if that is possible.

From your description of the instriment it sounds like it would certainly be worth it to find some way of making it tunable. Good luck with learning to play - let me know how things progress.

If you have questions about dulcimers, the following link has a LOT of answers. It’s where I got the bit about graphite powder. Should have included it with my last post.

I’ve never seen wooden tuming pegs - it must be an old-timer.

One web site I visited suggests using graphite powder on the pegs.

Don’t use graphite powder if your problem is that the instrument slips out of tune after only a short time of playing. Graphite powder is a lubricant and will make that problem worse.

Graphite powder can be used if the pegs are tight and tend to jerk when you turn them, making it hard to get the instrument into tune in the first place. But graphite is a very good lubricant, and it’s all too easy to wind up with pegs that slide in their sockets so easily they cannot hold a steady tension o nth strings.

My dulcimer also has wooden peg tuners. Gently pressing the peg deeper into the socket after turning it (and conversely, pulling it ever-so-lightly out of the socket as I start turn turn it) allows the natural friction of the wood to work for me instead of against me. 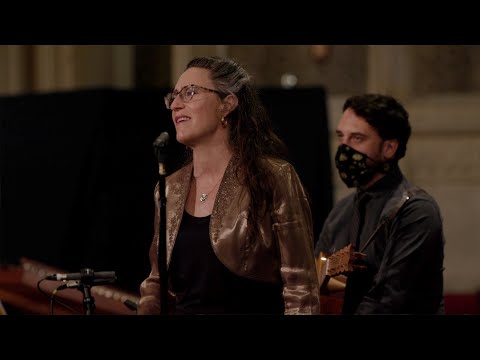