Earth and moon from mars

How come the photos from mars shows you can see the earth and the moon. Does Mars have moons? how come we cant see them ?

It has two moons and they are tiny. That’s why. The two moons of Mars are Phobos and Deimos. They are irregular in shape. Both were discovered by American astronomer Asaph Hall in August 1877 and are named after the Greek mythological twin characters Phobos (fear) and Deimos (terror and dread) who accompanied their father Ares into battle. Ares, god of war, was known to the Romans as Mars. Compared to the Earth's Moon, the moons Phobos and Deimos are small. Phobos has a diameter of 22.2 km (13.8 mi) and a mass of 1.08×1016 kg, while Deimos ...

The moon (our moon) is almost planet-sized. The moon is 3500km diameter, and Mercury, as an example, is about 5,000km diameter. The distance from Earth to Mars is not that much different from Earth to Mercury and we have no problem seeing Mercury. (Of course the sun hits Mercury a lot brighter, but the moon still gets some bright sunlight.)

There are apocryphal stories that young children with really good eyesight can make out the major moons of Jupiter on a good night - but those are the size of our moon and much farther away.

By contrast, Mars’ moons less 23km diameter and 50% farther from the sun are not terribly visible. We need a telescope to gather enough light to see even the brightest asteroids, no surprise the moons of Mars are not easily visible. 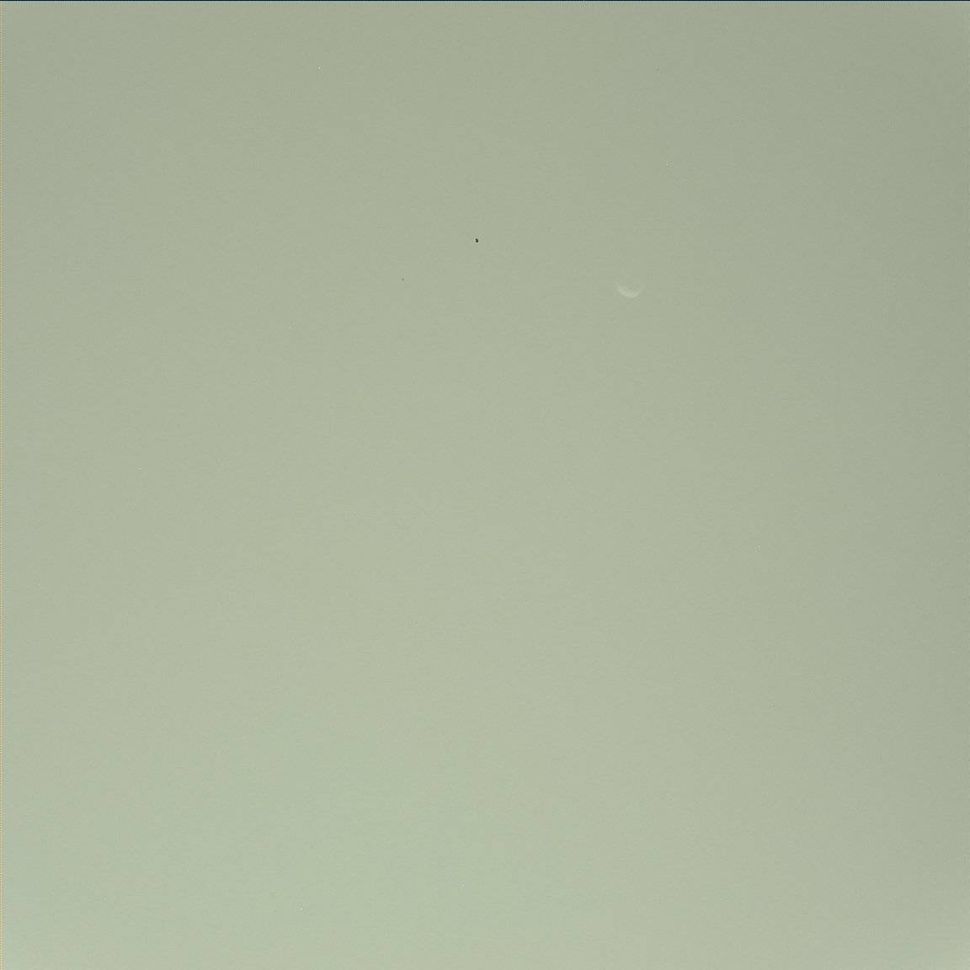 ETA never mind, I realize you meant why can’t you see them from Earth. They are far away and small…

I believe you need a really good telescope and ideal viewing to see them. The garden-variety backyard telescopes don’t have a chance.

There are apocryphal stories that young children with really good eyesight can make out the major moons of Jupiter on a good night - but those are the size of our moon and much farther away.

Very difficult to prove, of course, but conceivably true: They’re certainly bright enough that they could be seen on their own, if they weren’t lost in the glare from Jupiter itself. And you can also see them fairly easily in even a poor-quality telescope (the telescope Galileo made, which he used to discover them, was terrible by modern standards).

I’d love to see that happen.

Not quite literally. While an athlete could reach orbital velocity by jumping, the “orbit” she reached by doing so would intersect with the surface of the moon at the point at which she jumped off (assuming she jumped at a perfect tangent to the surface, otherwise at some other point). To get into an actual orbit that doesn’t involve lithobraking when coming back around she’s going to need a second acceleration while above the surface, which will be difficult to accomplish by leaping.

which will be difficult to accomplish by leaping

If said astronaut has grippy enough boots (running on a magnetic track?), they could run up to ~3.95 m/s, putting them on an elliptical orbit with an apoapsis of ~6500 m. Then, at the apoapsis, it takes only around 0.015 m/s of delta V to circularize the orbit. This could be accomplished by throwing a few rocks.

Note that the “sufficiently flexible spacesuit” is also an issue. Spacesuits are notoriously difficult to flex. Their internal atmosphere makes them stiff, so the joints do not bend easily.

I was assuming that the launch was from a platform of some sort a bit above the surface, that could be disassembled, or at least moved out of the way, in the ~90 minutes before the athlete came back around.

Suits with constant-volume joints, like the AX-5, have substantially better flexibility. They are a bit bulky, though.

In an order-of-magnitude sense, sure. But Deimos has a density about 1/4 of Earth. It’s got a lot less metals in it, plus Earth’s core is substantially compressed (around double the density it would otherwise be). Deimos is also not exactly spherical…

I’m not seeing anyone running in that thing. I’m sure it’s better than standard suits, but no way is anyone going to get any kind of speed in one.

At any rate, even with a sufficiently flexible suit, the athlete will probably have to make a circumnavigation or two of the moon to get enough speed. That is, if they can even get going that fast. The first step will be several meters long and each one thereafter even longer. So there’ll be ever longer time intervals between each step. That’s not how athletes are trained, so they may never really get going fast enough.

If said astronaut has grippy enough boots…then, at the apoapsis, it takes only around 0.015 m/s of delta V to circularize the orbit. This could be accomplished by throwing a few rocks.

A sci-fi story I just read noted that, in a large ship, you can kill someone by stranding them in the middle of a large space (in zero g). But you have to get them naked first, since otherwise they’ll just toss their clothes for a little delta-V.

(in practice, you’ll just drift to one side before you starve–and to speed it up you can just blow air in one direction)

Can you see the moon from Mars? Yes there are pictures, but those are processed since the moon is much darker.

I’m not saying you can’t, but it’s not clear to me that you can with the naked eye.

I can see them with my 400mm camera lens

With the same lens I can make out that Saturn isn’t round, but the only way I know that that is due to rings is because I already knew. It isn’t clear enough.

The Holes Around Mars

I believe you need a really good telescope and ideal viewing to see them. The garden-variety backyard telescopes don’t have a chance.

Asaph Hall discovered them in 1877 after several sessions of looking for Martian satellites. He was ready to give up but his wife “encouraged” him to keep it up.

Here is the telescope he used, the US Naval Observatory’s 26-inch refractor, installed five years before and hardly in the backyard telescopes’ league.