Earth and moon from mars

A sci-fi story I just read noted that, in a large ship, you can kill someone by stranding them in the middle of a large space (in zero g). But you have to get them naked first, since otherwise they’ll just toss their clothes for a little delta-V.

Can’t find it now, dammit, but Arthur C. Clarke had a novella published that was, in turn a series of vignettes about building the first space station. In one of them the narrator is returning from the shower when he flubs a push-off from the wall and finds himself adrift in the middle of a large trailer. He calculates that if he flings his underpants – all he’s wearing – he’ll get to the nearest wall in about five minutes. He does so but unfortunately at the four minute mark the director of the station taking his wife on a tour comes through…

How did he “find himself adrift”, though? He clearly somehow got from the wall to the center of the module-- Why didn’t that motion continue carrying him through to the other side?

Good question. Maybe he interacted with something mid flight that took his momentum (or since there was air in the chamber, maybe he was momentarily in a configuration with a lot of air resistance (parachute pants!))

Can you see the moon from Mars? Yes there are pictures , but those are processed since the moon is much darker.

You should be able to see the Moon quite clearly, if you are looking at the Earth/Moon pair at night. The Moon in this photo taken from Mars would have a brightness of mag +0.9, similar to the brightness of Mars as seen from Earth at certain times in its orbit. (Mars is bigger than the Moon, but also further from the Sun, so it is illuminated by less sunlight). 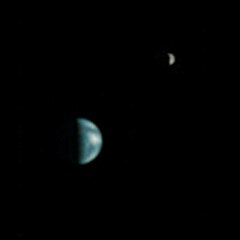 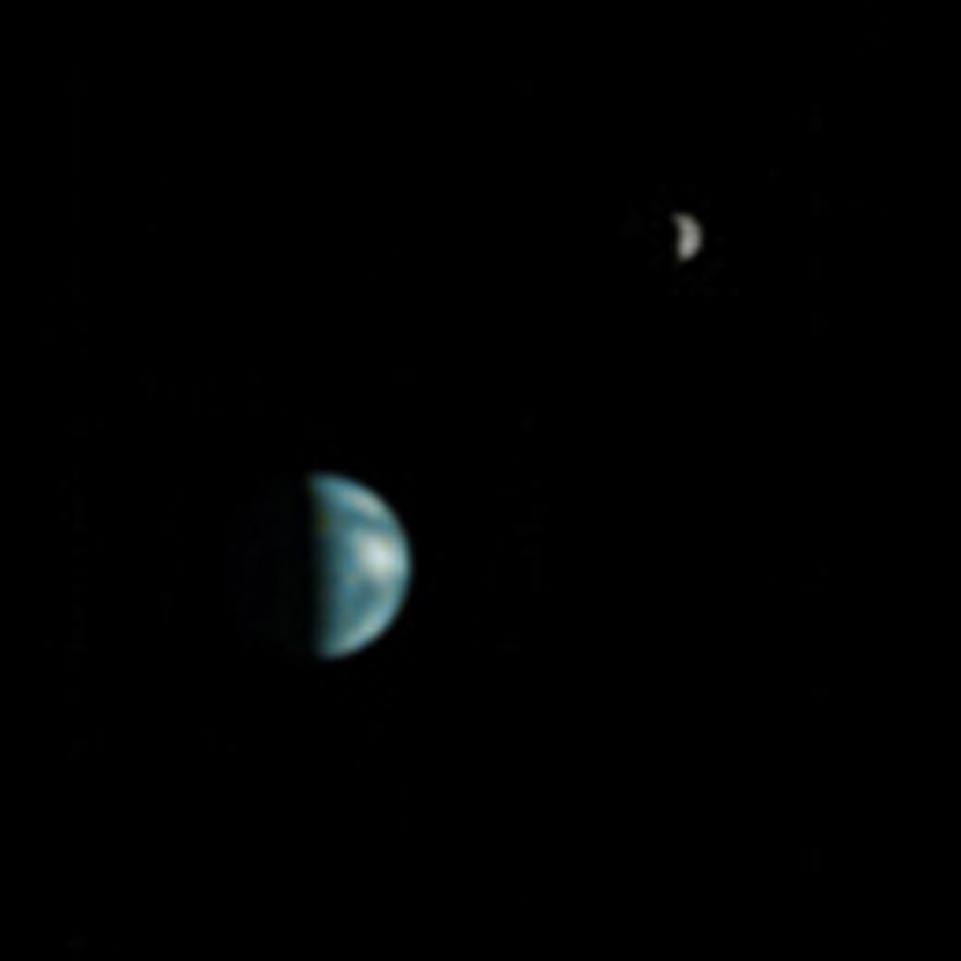 Asimov used the visibility of the Moon from Mars as a gimmick in one of his Trapdoor Spider mysteries.

He was ready to give up but his wife “encouraged” him to keep it up.

Why the scare-quotes around “encouraged”? Was there something “special” that she “did” to “encourage” him?