Forgot it was on, but I tuned in just in time for Mr. Robinson’s Neighborhood. I have to admit, I’m digging the nostalgia trip (at least the two old-timey characters I’ve seen-- Mr. Robinson and Buckwheat). The Christmas dinner sketch was good too.

I’m looking forward to watching it from the beginning tomorrow. Eddie seems to be nailing the stuff I’ve seen.

ETA: His “We can still win this shit” slipped past the censors in the baking sketch!

Mr. Robinson was a timely home run. The Buckwheat sketch would have been 10X better if not rushed.

The Christmas sketch was very funny and did well to play on Murphy’s age.

The cooking sketch wasn’t very good but to his credit Eddie made it funnier than it had a right to be.

His “We can still win this shit” slipped past the censors in the baking sketch!

Wowsers! OMG! This land of free speech really knows no limits, eh what?

Funniest part of Black Jeopardy was the sponsors-- “He Funny Pet Adoption. Don’t go near that dog! He funny!”

Wowsers! OMG! This land of free speech really knows no limits, eh what?

Ok, I haven’t watched in a while, so I guess they let 'em swear now? Back in the day if someone let one fly, it was notable. It didn’t happen that often.

It seemed like Cecily Strong’s Jeanine Pirro ended it with “Merry Fucking Christmas, I’m Gumby dammit!” But maybe I heard it wrong.

surprised they allowed Buckwheat since people said it was racist.

ETA: His “We can still win this shit” slipped past the censors in the baking sketch!

“Shit” is apparently OK to say, at least after 10pm or so. A couple of the USA Network shows, like Suits, seem to make a point of saying it several times each episode.

I thought Trump was not going to be in the opening skit but I guess they just can’t do an opener without him or talking about him.

surprised they allowed Buckwheat since people said it was racist.

Whoh-yeah. SNL is all about avoiding controversy. :dubious:

“Can you smoke up here?”
“No.” puff
(you know Dave wished that was a splif, or at least hand rolled tobacco to imply it.)

I only watched a bit, and I can’t DVR. It just confirmed what I always said, and I’m sorry if it makes no sense, but its what I expected to happen:
Cold open (dull, I’m right-wing, so the actual Democratic debates are funnier to me)
Monologue (a good one)
full length commercial break
Mr Robinson’s Neighborhood(awesome)
full length commercial break

Sorry, but I’m not playing that. Does it improve mid-show? I dunno. I guess it has to, or the DVD will be too short? I can’t stay awake that long. Not past the same commercial of the surly teen on her phone in the parent’s luxury car. I saw that five times a day during the Star Wars TNT stream, I’m done.

I haven’t watched yet. Did he do Cosby stuff?

I haven’t watched yet. Did he do Cosby stuff?

“If you would have told me 30 years ago that I would be this boring, stay-at-home house dad and Bill Cosby would be in jail … [Even] I would have took that bet,” Murphy said.

“Who is America’s dad now?” he added to the delight of the studio audience in New York City. [in Cosby’s voice] 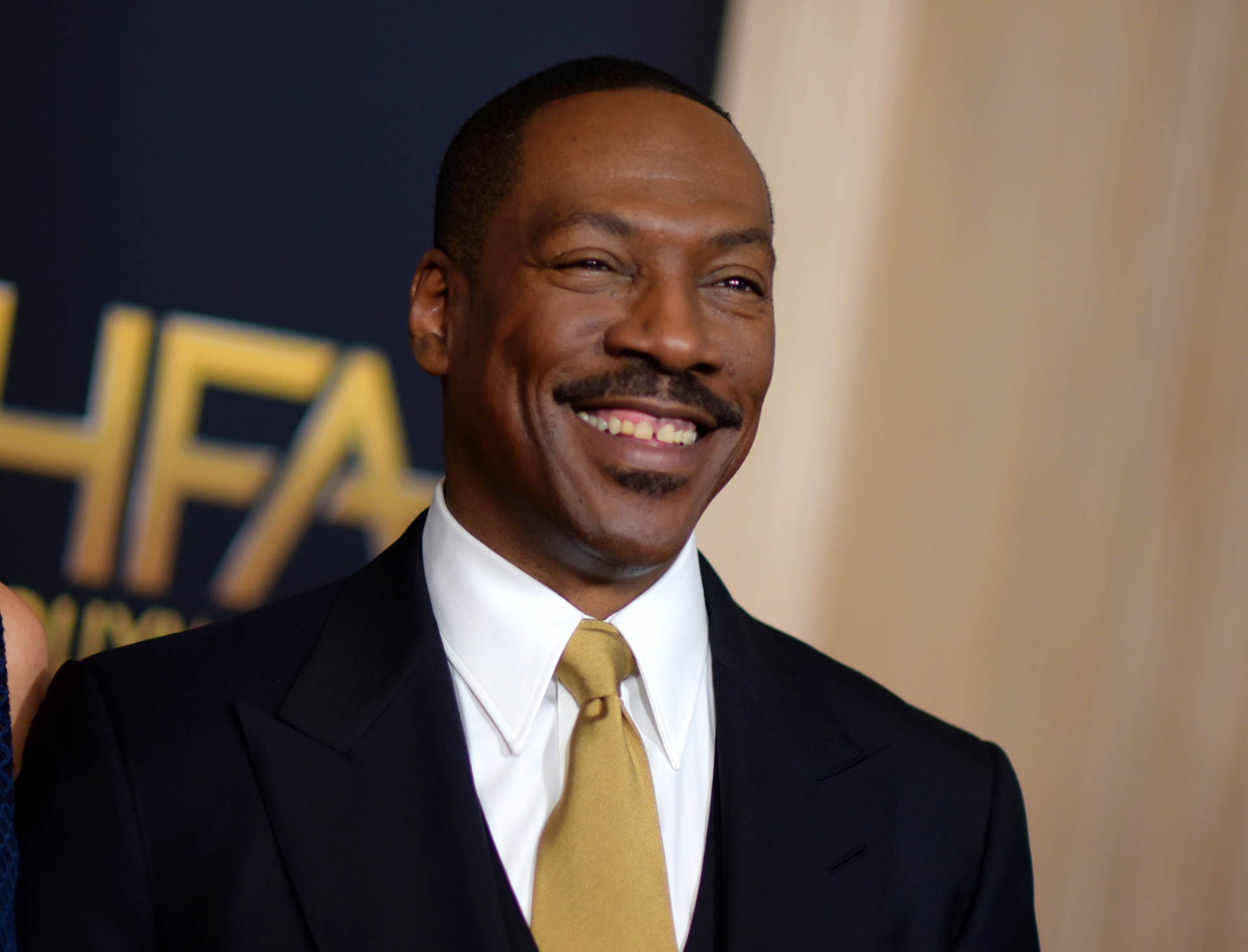 Eddie Murphy was back hosting "Saturday Night Live" for the first time in 35 years this weekend, so it may be understandable he was a bit rusty when it comes to what you can or can't say on national television.

First full episode of SNL I’ve seen in probably 5 years and thought it was very funny.

I thought the callbacks to Mr. Robinson’s neighborhood was especially funny, but the Buckwheat was definitely rushed and lost a lot. I also don’t understand the Gumby bit, but I do remember it was one of his old characters.

Honestly, the cooking sketch was my MVP. I laughed through the whole thing. Good episode.

SNL related question: Again, not having watched the show in years, is it a running joke to call Colin Jost racist or make him say racist things? You can obviously tell they’re sending him up and it’s not serious, but it also seemed to be something they do a lot. It was pretty funny and the way Michael Che set up the jokes reminds me a ton of what my best friend would always do to me back in college.

That’s just a bit they do at the end of the year (think it’s the 2nd or 3rd time). They give the most embarrassing jokes they can to each other and giving him a couple racist jokes is a good way to embarrass him.

It was all great, but one of my favorite bits of the night got cut for time: Aidy Bizzo & Lizzo

Does Pete Davidson do anything besides make fun of himself for being Pete Davidson? That’s all I’ve ever seen him do (in my admittedly limited recent viewings).

“Shit” is apparently OK to say, at least after 10pm or so. A couple of the USA Network shows, like Suits, seem to make a point of saying it several times each episode.

I thought the rules didn’t apply to USA Network since they are cable only, not broadcast. Same as for HBO.