Mark Howard from Austin Riffs told this on a podcast. You can hear it yourself, download ARS136.mp3 from here (it’s about 48 MB). Starts at about 47:55.

There was this Jewish comedian. He had just finished his show for the evening, and he was at the back end of the bar, having a drink. He looked up and this beautiful woman walked up to him, wearing real tight blue jeans and stiletto spiked high heeled shoes and low cut dress. She sat down next to him and smiled and said “I just have to tell you, you may be the funniest son-of-a-bitch I have ever seen in my life.” The Jewish comedian said “Well thank you, I sure do appreciate that.” The woman said “I’d love nothing better than to take you back to my condo overnight, and make mad passionate love to you all night long.” The Jewish comedian thought about it for a second, and said “Did you see the first show or the second show?”

OK, I think I get the joke, I just don’t see why why it matters that the comedian is Jewish. I tried imagining particular Jewish comedians, and yeah, maybe it’s a little funnier if you imagine Jon Stewart talking, but just because it fits his delivery, not because he’s Jewish. If I imagine Jerry Seinfeld or Larry King, it doesn’t really matter.

He used different material, and wants to know which jokes get him laid.

I don’t know that it makes much difference what ethnicity the comedian was… though a HUGE percentage of standup comics are Jewish.

The punch line has to do with the warped personality of comedians as a whole. Comedians crave laughs more than anything else. Their shows, along with the laughter and applause that brings, ARE their lives.

If a pretty girl walked up to, say, a rock singer and said, “I loved your shows, wanna have sex,” you can bet the rock singer would have taken her straight to bed, because sex is what the rocker was after all along.

But the comedian gets a bigger thrill out of hearing the girl tell him how funny he was than from having ex with her.

Let me use a different, very old show biz joke to illustrate something…

An actor came back to his apartment, and found that his wife and daughter were lying naked and bleeding on the floor. His wife wept to him, “It was horrible! he was a madman! He broke in here, beat us, tortured us, and raped us for hours!”

The horrified actor gasped, “Who? Who was it?”

The stunned actor said, “My agent?!? Oh my God…” Then he paused and asked, “Did he say anything about that commercial I was up for?”

In this show biz joke, like the one in the OP, the laugh comes in recognizing somebody’s screwy sense of priorities.

His ethnicity has EVERYTHING to do with it.

Jewish people, especially your stereotypical New York Jewish people, have a tendency to do a few things:
–Nitpick things to death
–Look for the cloud in the silver lining
–Assume the worst

I could totally see the guy saying “You saw the second show? Too bad you didn’t see the first one. It was better.”

It doesn’t really matter why he was asking which show she saw. The point is that he’s fishing for a reason to find something wrong with the situation. After all, if she saw the second show, which he considered below-par, then she’s obviously got taste in her tuchis, right?* He can’t just accept his good fortune.

Pravnik and astorian have it backwards. He’s not looking for the positive (which jokes get me laid?) He’s looking for the negative (what’s wrong with this girl/situation?) He may indeed want positive feedback, but that’s not his initial instinct.

This whole theme was explored at great length in Seinfeld. She’s got man-hands. He’s a slow-talker. Yada yada yada. I didn’t watch the show enough to give you some really good examples of this, but I’m sure someone else can think up some Seinfeldian illustrations of the three traits listed above.

It’s related to that old Jewish mother joke: The Jewish mother buys her son two shirts, a red one and a blue one. He comes downstairs the next morning wearing the red one. She says “What’s the matter with the blue one?” Her default assumption is that something is wrong, and if it’s not immediately apparent, she’ll go fishing for it.

The fact that he’s a comedian is relevant, but the world of comedy is totally imbued with the whole New York Jew mentality. You can’t really separate the two.

That was my first thought as well.

Unfortunately this is a current style: 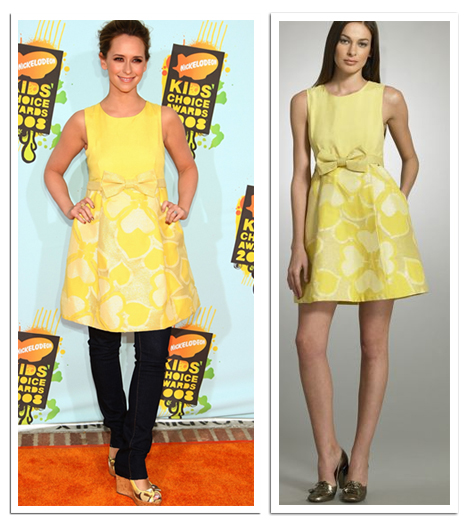 It might also help to compare it to one of my favorite Jewish jokes:

Rabbi Bernstein is sitting on the porch studying the Torah when his son comes riding up onto the lawn on a ten-speed bicyle.

Rabbi Bernstein looks at his son and says “My son … you know we are poor and cannot afford even some of the most basic things of life. Where did get such a beautiful bicycle?”

Rabbi Bernstein’s son says, "My father… such a wonderful thing has happened to me, I am afraid to tell you for fear you will not believe me. I am walking in the park this afternoon meditating on the glories of G-D when this beautiful girl rides up to me on this ten-speed bicycle. She jumps off the bicycle, rips off all of her clothes, lays down spread eagled on the ground and says ‘Take what you want!’ "

So Rabbi Bernstein smiles and says, “A wise choice, my son. Her clothes probably would not have fit you anyway.”

Seinfeld could deliver this joke fine. Larry King, no, but he is not a comedian.

I agree with astorian. That line was just an opener. He wanted a discussion about how funny he was.

I heard Arsenio Hall tell that once, and he was making a definite point about comedians wanting an audience more than wanting sex.

As far as that goes, I also remember Gilbert Gottfried saying that a comedian will always downplay the amount of action he gets, because where’s the humor in saying “I’m getting laid SO much!”?

…the world of comedy is totally imbued with the whole New York Jew mentality. You can’t really separate the two.

What he said; me too; THIS; QFT. Comedy without New York Jews is like basketball without urban Blacks, or the Rust Belt without Catholics of Eastern European ancestry. Inconceivable!