Long before George R.R. Martin was writing about Haviland Tuf, Poul Anderson was writing the adventures of Nicholas van Rijn, director of Solar Spice and Liquor Company and a member of the Polesotechnic League, Anderson clearly modeled van Rijn after the Dutch traders in the Hanseatic League. He’s grotesquely overweight, multiple-chinned, a lover of food and drink and women and of multiple malapropisms, but he’s also a fighter (with battle cries like “Heineken Bier!!”).

I’m in the midst of the collection The van Rijn Method right now.

In the book “Ready Player One”, when we finally meet Percival in real life, she is described as “rubenesque”. It never comes up again.

I’m not familiar with the character, but Captain Underpants is far from svelte.

I’m very familiar with the character, and you are correct. I can’t believe I didn’t think to post that.

Absolutely, but that’s a special case, because it has more to do with the actor than the character.

Fred Colon from The Discworld books.

One of the things I like about the Discworld books is that they have a number of fat characters; as well as skinny ones, athletic-looking ones, old people, middle-aged people, young ones.

And none of that is neatly lined up by character, or for the most part by apparent desirability to others.

Two characters by Charles Sheffield, each of whom appeared in multiple short stories: Waldo Burmeister and a fictionalized version of Erasmus Darwin.

Indeed. I hadn’t thought of that bit of fun fiction but she is certainly a hero.

In the book “Ready Player One”, when we finally meet Percival in real life, she is described as “rubenesque”. It never comes up again.

Of course played by the hideously obese Olivia Cooke in the movie.

I never read the book. The way the movie world was set up it didn’t appear to be very fat friendly. Sure you could look however you wanted in the Oasis but to actually be good at the game you had to be a world class athlete. With those VR rigs they were doing the actions like they were in the real world. The chubby nerds would be at a disadvantage. The jocks would be back on top.

I never read the book.

Read the book. As per usual, it is much better than the movie.

Been a while since I’ve read the book, but, yeah, in general it’s hard to fit a 300-page book into a 2-hour movie. Don’t remember at all any other “size” implications in the book, just that one use of “rubinesque”. And how many young people (the target audience of the book) would understand that anyway?

[hijack] I think in general, the tasks in the book were better than in the movie. I’m sorry, but finding the “hidden dot” in Adventure? That would have been the first thing they checked with an Atari 2600-based task. And, I think that the first task in the book (run through a D&D module - then beat the big baddie at the end at a video game (Joust - where you’re piloting a flying ostrich!) would have been so cool. That being said, the tasks were a little repetitive (I think there were two of them where you quoted a move line-for-line as part of the task before or after getting the key). [/hijack]

Parzival (Wade Watts) himself is overweight (in the book)…

but to actually be good at the game you had to be a world class athlete.

Control over the OASIS wasn’t limited to full-body haptic suits; Wade completed the first challenge with only a headset and gloves as his OASIS interface. So those that are more “athletically challenged” could still compete; full-body rigs were used for more realism while in the OASIS. In the book, of course; I will never speak of that trash fire of a movie.

As long as we’re mentioning GRRM here, let’s give an honorable mention to Lord Wyman Manderly (A Dance With Dragons), who, if not a hero, is at least pretty bad-ass. 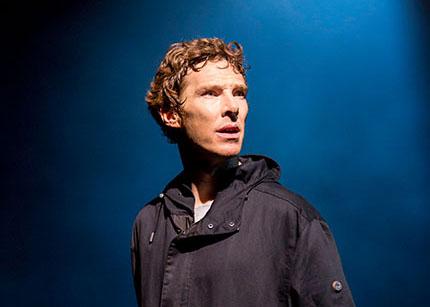 Is Hamlet Fat? A Slate Investigation.

Picture for a moment Hamlet, the melancholy prince of Denmark. Chances are, you’re imagining a dashing gentleman who looks like one of the many famous...

Thank you, that’s a great article!

Basically, the summary is:

In textual evidence, it’s the “bad quarto” that uses the word fat. As the article suggests, the bad quarto really is bad. While there’s no authoritative version of the plays, this one is basically the equivalent of someone filming with a videocam over someone’s shoulder from the back of a cinema while people throw popcorn and sound keeps cutting out. It’s difficult to draw any conclusions about the plays at all from anything in the bad quarto.

Hamlet as relatively slim is backed up by his age and the time he lived in; even wealthy young university students weren’t chubby back then. If he’d been intended as fat, it would have been mentioned more times than once, even in the bad quarto.

Plus, he’s referenced as being excellent at fencing, and having practiced for two months continuously before the match with Laertes. Of course, that doesn’t mean he can’t be overweight, but it makes it even less likely.

Other wider textual evidence is that Shakespeare’s introspective characters, if they’re described physically at all, tend to be on the slim side.

The other - very good - point - is that we think of Hamlet as thin, or athletic, because he’s generally been portrayed that way. But the thing is, for a character in a play, or in a movie version of the play, how they’re usually portrayed is how they appear. If all the Hamlets we’ve ever seen are slim, then Hamlet is slim.

That doesn’t mean an overweight Hamlet isn’t a possibility in any production. You can do whatever you like with Shakespeare, really. That’s one of the reasons the plays have lasted so long.

I’d quite like to see an overweight Hamlet, actually. But it would be a break with tradition, and for Hamlet, that’s what his character is mostly, er, characterised by.