What the hell, I may as well start the thread. Several teams have introduced the 2018 cars on YouTube, and while I’m not thrilled with ESPN taking over the broadcasts (though maybe it won’t be that bad), there is the option oflive streaming the races. Might have to check it out.

Really looking forward to the new season. Yeah, I hope ESPN doesn’t fuck it up.

With my internet service, the “streaming” thing is pretty much a non-option. And besides, the wife made me buy this freakin’ huge Hi-Def TV. Why would I want to watch it on my tiny laptop?

I really hope the Mercedes stranglehold is broken and we get better racing. But who am I kiddin’? This is F1.

I’ve read torro Rossi loves the Honda engine. Meanwhile the Renault in the McLaren broke an exhaust after 30 some laps in testing.

Did they ever ban the crap where a guy lets his teammate pass to get more points?

Did they ever ban the crap where a guy lets his teammate pass to get more points?

Nope. But I don’t have a problem with it. The constructors championship is the only thing that wins you money. They *should *do what is best for the team.

They did actually ban team orders for a little while, but the ban was rescinded after it was made obviously impossible to enforce (“Alonso is faster than you, do you understand?”)

It honestly doesn’t really happen enough to make much of a difference.

Is ESPN just picking up an international feed or are they actually producing their own coverage? I have no idea how ESPN will work in Colin Kaepernick, Lebron James, and Tiger Woods into Formula 1 coverage, but, being ESPN, it’s mandatory.

I think they are just gonna show the skysports coverage. Which means a goofy Martin Brundle grid walk. Who I’m sure is the only one on the planet that enjoys the grid walk.

they banned grid girls this year

Great. I pay wads of cash every fucking month for DishTV, and it looks like the only coverage I’ll get is on ESPN2. (Qualy sometimes and the race on Sunday) But I* do* get 600 channels of shit I don’t want.

I kinda liked the practice sessions, but could stand to miss them, but if I don’t get to see qualifying, I’ll be PISSED!

And of course, I get no World Rally at all. :mad:

Here is the schedule if anybody cares… 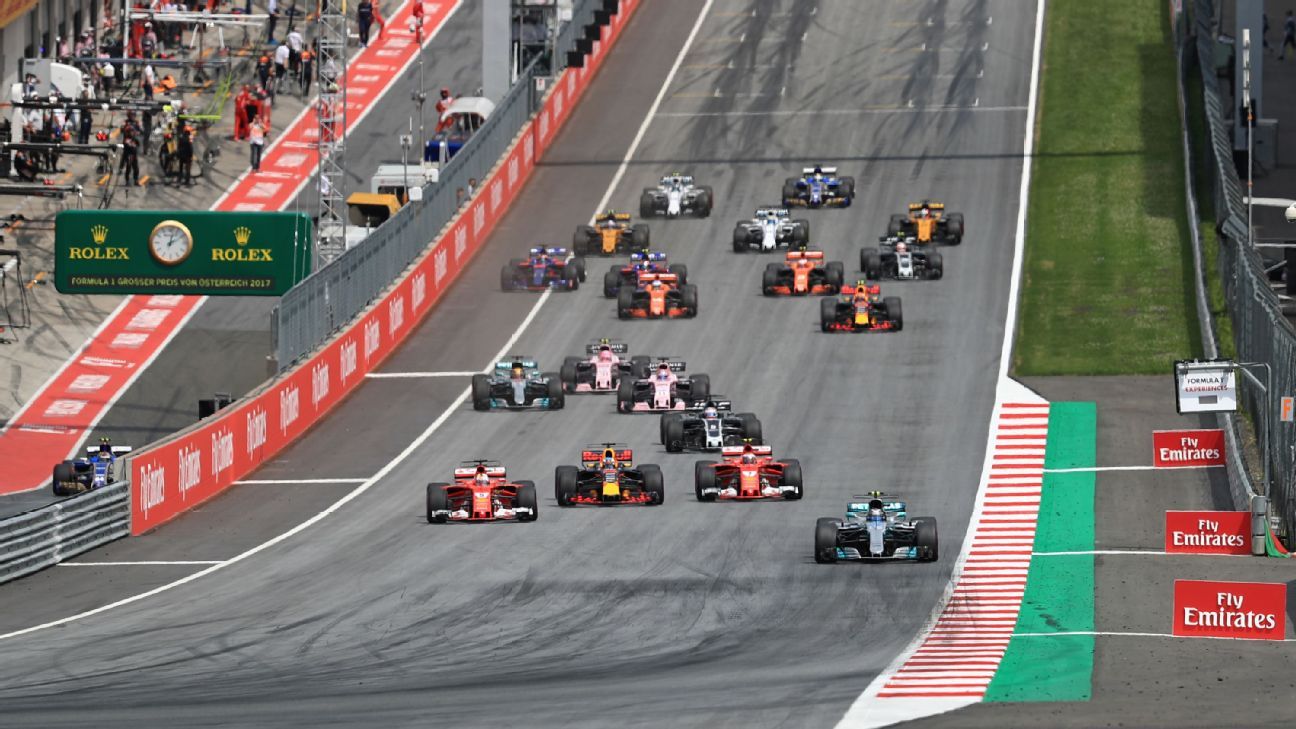 ESPN can reveal the full TV schedule for its U.S. coverage of the 2018 Formula One season.

Thank you for reminding me I need to change the channel settings on my DVR. It would still be searching for the races on NBCSN.

Saw this earlier today and thought it was funny: https://jalopnik.com/mclaren-embraces-ugly-f1-halo-and-gets-flip-flops-spons-1823827364.

It’s annoying that so much of the coverage is relegated to ESPN3 online, especially during times where ESPN is showing sportscenter non stop or other boring talking head programming. How many NFL mock drafts can they show? I know Formula 1 is a niche sport, and I’m certainly not an expert on it. But, ESPN is surely aware that they can’t rely only on the NFL, NBA, and MLB for their ratings and preventing cord cutting. In the early days of ESPN, they were known for their coverage of niche sports, they really should consider going back to that.

What the fuck is ESPN3?

ESPN3 is their web-based video service.

If you have a cable subscription then you can get access to ESPN3. http://www.espn.com/watch/

I quite like it, there’s a lot of cricket and rugby on there and it is available on demand if you can’t stream it live. They also have an app for Apple TV and the iPad as well.

Ok, looks like I can get ESPN on my Roku, so that’s good. I do find it amusing that ESPN can devote a channel for old games on ESPN Classic, but new events get shunted off to a streaming site. But at least I don’t have to worry about DVR settings with a streaming site so maybe I should just shut up and be happy.

So, how was first practice? I didn’t get to see it.

Hamilton on top, but in the second practice Mercedes, RB and Ferrari were within 3 tenths of each other. RB seems to have decent race simulations… and oh, they are expecting rain for quali.

I’m ready for it to start. It’s about the only racing I religiously watch anymore, which is weird because as racing goes it’s easily the least competitive. Still, the technology and the talent of the drivers is awe inspiring.

That said, this year is another Mercedes runaway, and it looks like McLaren’s problems were less with Honda (though the Honda engine isn’t exactly reliable on its own) and more with them misdesigning the car for the power unit. They posted DNFs in offseason testing with the Renault unit, which lends credence to the idea that they designed the car and tried to force the engine to work instead of designing it in conjunction with the engine’s requirements.

So it will be 1-2 Mercedes most races, with Red Bull and Ferrari fighting for the scraps. I hope Haas continues to improve, and Williams is an old favorite, but they will be fighting Toro Rosso, Sauber, and Force India in the rear.

So it will be 1-2 Mercedes most races, with Red Bull and Ferrari fighting for the scraps. I hope Haas continues to improve, and Williams is an old favorite, but they will be fighting Toro Rosso, Sauber, and Force India in the rear.

Possibly, but not a given at all. Until Mercedes used their special quali mode, Hamilton was less than a tenth in front of RB and Ferrari in Q2. They don’t use that mode in races and while the race pace in practice was good, it was not miles ahead of the other two.

In any case the differences between the three top teams are relatively small for a season opener. In Q2 there was 61 thousands between the three teams and in Q3 there was a similar distance between Raikkonen, Vettel and Verstappen. Where the last two made pretty clear mistakes that cost them a couple of tenths. With a similarly perfect lap to Hamilton (which was very good), they might have been within half a second. Don’t forget that Australia is deemed pretty sensitive to engine power, so (especially RB) should be expected to be much closer on other tracks.

Last year the difference between Hamilton and Verstappen in 5th was 1.6 seconds, and towards the end of the season RB were challenging Mercedes.

Or maybe Mercedes is sandbagging and could have gone much quicker still. I guess we’ll find out;).