I find myself on Interstate 8 between Phoenix and LA on a fairly regular basis. Paralleling the interstate I see very long trains with sea containers, some heading east and some west.

I figure the containers heading east are full and probably off-loaded at west coast ports. Logic tells me those heading west are, for the most part, empty and heading back to west coast ports for return to the Far East.

Can anyone confirm whether I’m right our wrong?

I always wonder what’s in containers, semi trailers, whatever. At least with tanker trailers and tankc ars, the Hazmat code lets you know.

I had heard, but never quite believed, that empty containers aren’t shipped back to China or wherever, because it’s not worth the cost. Instead they are scrapped, or sold to those rental places that use them as storage units.

I had heard, but never quite believed,

At one stage in 2008 during the GFC shipping container rates from Europe to China went negative as shipping lines tried to get capacity back to China for the return leg. Which wouldn’t have happened if it was cheaper to build new containers.

Shipping containers are mostly owned by companies that lease them out to whoever needs them. Keeping track of them is a major problem and they do sometimes get ‘lost’. They also get damaged and may not be worth repairing.

When freight rates are high, it can be more economic to sell them to buyers in the country where they are.

As of last week, the Drewry World Container Index, which provides weekly assessments of container freight rates, surged for the 19th consecutive week to US$9,817.72 per 40-foot container – a 351 per cent increase versus the same week in 2020.

The cost of shipping empty containers is not much less than for full ones. They take the same amount of space on a ship or train.

I brought in containers from Germany to California about once a year between 2005 and 2016. The first couple of years they were transferred to rail on the East Coast. Around 2008, it became cheaper to ship them through the Panama Canal to Long Beach or Oakland. By 2012 the cheapest rate (and a little slower) were on ships going the other way, making stops in Asia before crossing the Pacific.

As for the containers; they are retired after five years at sea and are much sought-after as storage after that. I bought a retired 40 footer 8 years ago for $2600. I tried to buy a retired 20 footer last year and was told it would be $4000 and I would have to wait three months. I have never heard of a container being scrapped just because it was on the wrong side of an ocean.

We were in northeastern Arizona recently and I saw that some of the freight trains (westbound going through Holbrook, AZ) had two containers stacked on top of each other. I don’t recall seeing that before – is that a new practice? Thanks for that – I’ve seen hundreds of freight trains since 1984, and I guess I’ve just never seen (or noticed) the double-stacked cars.

As for the containers; they are retired after five years at sea and are much sought-after as storage 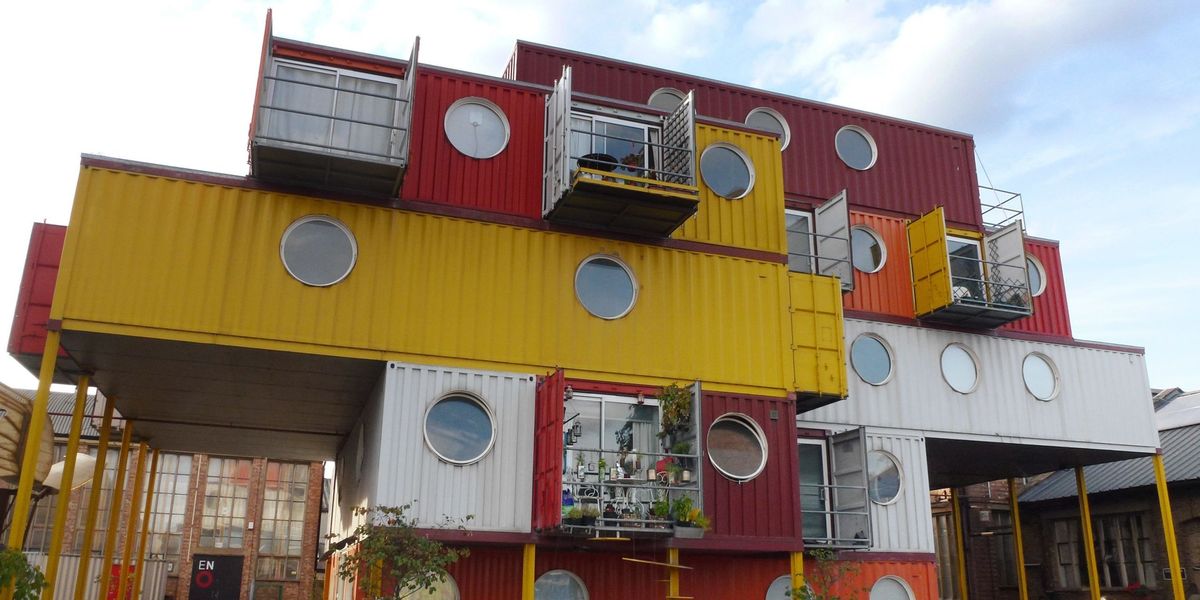 45 Shipping Container Homes You Have to See

Many years ago in the UK, my sister was involved in the sale of a large number of containers. She found a company that converted them into homes for disaster relief and for third world projects.

They had windows, doors and insulation. A cooking area, but no electrics or plumbing. I have no idea where they ended up.