I’ve been trying to remember which of the movies had the teenage twins? I vividly recall them standing next to their bicycles. I can’t remember if they were slaughtered by Jason or not. They probably were because IIRC they were topless. Topless women or women having sex die in that horror Franchise.

From what I recall, these twins were really just extras. They spoke a couple lines, flashed their tits and probably met Jason. I only remember them because of they were twins.

It would have been in the first 5 movies. I stopped watching after New Beginning.

There’s a Blu Ray box set out with all the Friday 13th movies. I’m quite tempted. Maybe when the price drops.

So, what’s your favorite Friday the 13th moment? The one that always makes me laugh is the black street dude in leather. Taking a dump in the outhouse when Jason gets him. That was in New Beginning.

And yes, they were both killed.

Didn’t think to try that. I was looking through imdb for ladies with matching last names.

the 13th Wiki says they were played by.
Camilla and Carey More

Thanks. That was a quick and easy question.

I guess the Wiki has Jason’s full body count. A lot of the actors and actresses in this franchise did little else. A handful went on to bigger and better projects.

I probably would’ve come up with it even without google, or just asked my boyfriend. He has made me watch every crap horror franchise out there. (Although I do like some of the Friday the 13th set)

Friday the 13 Wiki. Characters and what they did in the plot are here. 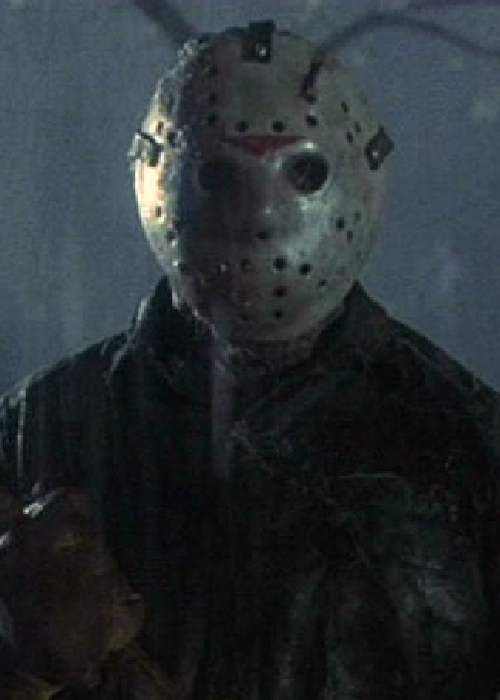 A handful went on to bigger and better projects.

Friday the 13 Wiki. Characters and what they did in the plot are here.

yep. And Johnny Depp got his first major role with Nightmare on Elm Street.

yep. And Johnny Depp got his first major role with Nightmare on Elm Street.

And he seems to be less embarrassed by that than Bacon does of F13. Depp actually came back and shot a cameo for Freddy’s Dead years later.