What is the first instance of the “go on three” cliche? Where two characters are about to do something daring, and one says “on the count of three!” He starts to count, and the other person says “You mean one two three go? Or one two and go on three?” Mild hilarious confusion ensues. How many instances can you name? Curious about its prevalence.

How many can I name? I don’t even know which is correct!

But in Top Gun, Maverick screws it up so bad that I can’t believe there wasn’t a mid air collision. “Break on three…THREE! two one” Who da fuk does it that way? 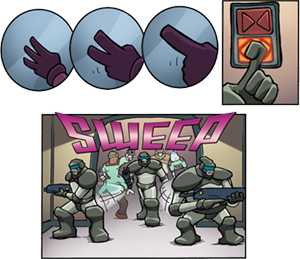 Any time precise timing is called for, you're likely to hear the phrase "On three: One, two, THREE!" Since this has been heard countless times before, variations are common. A common parody is: "WAIT! Do we go on three, or do we say 'One, two, …

I thought it was Lethal Weapon 2 when Murtaugh was on the toilet and they had to count to three for him to get off.

That’s the earliest scene I think of it from.

A variation on that is in Time Bandits. They start to count and everyone goes on One.

I think the first use must predate all the suggestions so far, going back into old movies. I can’t think of a particular case but it seems to have been ingrained in the language when I was a child many many moons ago. But perhaps I was fooled by it’s rapid adoption as a trope more recently.

And then there’s the version where someone (e.g., a doctor) has to do something painful, like relocate a shoulder, warns the patient “this is going to hurt. I"ll do it on three…” then says “one…” and relocates the shoulder.

This is pretty well known by now, but it fits here. In Die Hard, they got the shocked reaction on Alan Rickman’s face by telling him they were were going to drop him to the air bags on the count of three, but instead dropped him on one.

Huh, the image they use there is from Schlock Mercenary, but they don’t actually list it under the “Webcomics” section.