I enjoyed the first episode. The characters are quite well written. The first murder mystery kept me guessing until the end.

I plan to watch the entire season. 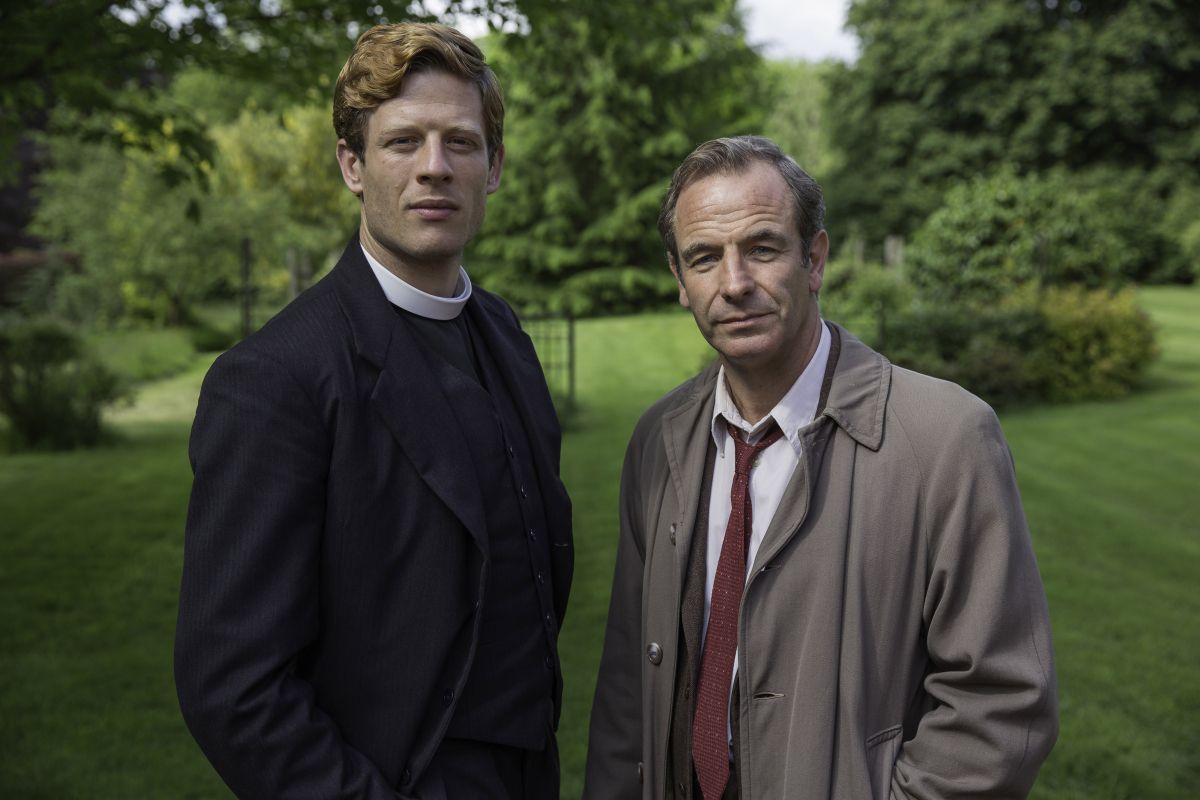 Just offering a solid, pleasant, soothing, relaxing and visually engaging series may have to be enough for "Grantchester."

Grantchester on Masterpiece on PBS

Set in the English countryside’s most idyllic village, Grantchester follows two unlikely allies as they solve a series of cases that reveal the dark side of early 1950s England.

Handsome, young vicar Sidney Chambers (James Norton) shares his spiritual duties with a love of jazz, complicated relationships with women, and an enthusiasm for amateur sleuthing. When the concern of a parishioner compels him to dig deeper into a grisly suicide, he gets on the nerve of a tired, local law enforcement officer—Inspector Geordie Keating (Robson Green). Fortunately, the cleric and the cop bond over their war service, their love of a good pub, and their competitive instincts—in this case, for backgammon.

Grantchester is based on the acclaimed novel Sidney Chambers and the Shadow of Death by James Runcie, which was called “the coziest of cozy murder mysteries” by the New York Times Book Review.

Liked it, but kept thinking of it as Father Brown with a younger and marriageable clergyman.

Post-war small-town setting, lots of bicycle riding,* overly-fastidious housekeeper as comic relief (“What the Dickens!” :p), and a reasonably-attractive woman new-ish to the country and speaking English with a middle-European accent (at least in the first episode).

I liked how the detective started off (as in Fr. Brown) telling Chambers to mind his own business but quickly realized the value of someone who people will freely talk to instead of clamming up. I wasn’t paying attention during the credits and didn’t realize the detective was actually named Geordie; I thought the hooker called him that as an insult, and Chambers took it up as a nickname. :smack:

I also liked the tension of the friend/girlfriend who wants to (needs to?) marry “up” but clearly still has feelings (a puppy!) for him. Guess that shows my answer for the “do you want to see the personal lives of fictional detectives” thread.

*Yes, I realize that’s part-and-parcel of the post-war rural setting where a clergyman was highly unlikely to have a car.

If it has Robson Green I’m in. And I don’t know why.

The guy that plays the vicar sure is easy on the eyes.

The guy that plays the vicar sure is easy on the eyes.

I just started the second episode. The grass-scything scene at the beginning merited three or four replays alone. Not to mention the bath-towel confrontation on the landing. Yowza.

The previews for tonight’s episode show that Geordie is going to get pissed off at Sidney about something. I"m looking forward to this one.

I thought the season finale was terrific. There was drama with Geordie, and we found out why Sidney was having such bad flashbacks to the war. His relationship with the insipid German girl was brought to a resolution, too.

Not if the series follows the books. Season Two is in the pipeline; watch for the cast list.

I’m liking Al Weaver, the actor who plays Leonard Finch (the curate). It’s a role that takes a very delicate touch, and he is killing it.

Reviving this thread to say that season 2 is starting off on the right foot. I’m posting from the U.S., so it’s just starting here.

May I point out that almost the first shot was of Sidney in swimwear? That’s what I’m talking about! The mystery was just as good as those in the previous season and kept me guessing until the end, although I had my suspicions.

Looks like they’re setting something up for his under-vicar.