So, what are some great moments that involve Marijuana in movies (or episodic TV) that were made More Than 40 Years Ago (essentially, the pre-Cheech & Chong era). Emphasis on something truly funny, unique or original.

Murder at the Vanities

So, what’ve you got?

In MASH (1970), during the football game the opposing coach is getting pissed off at the doctor’s team doing well, and his players are sitting in the background passing a joint around.

I also remember an episode of a TV show but I’m blanking on the title… it’s a family setting, and the son comes home from college. The parents find a bag of green something in his room, assume it’s marijuana, some some, get high as a kite, and then find out it’s oregano.

Excellent film. Betcha never knew there was a movie where W.C. Fields and Bela Lugosi shared a scene! Also, you get to learn who Peggy Hopkins Joyce was. Also, “Is this Kansas City MISSOURAH, or Kansas City KANSAS?”

Barney Miller turned this on its head but misses your cutoff.

I know it’s 1979, but I gotta say Hot Stuff. I remember finding Dom Deluise’s laughter hilarious when I was ten (years before I tried the stuff myself).

(only 4 responses?!? C’mon everyone–put the Dope in Dopers!)

The Hays Code, which took effect in 1934, pretty much banned mention of recreational drugs on the Hollywood big screen. If Cary Grant and Katherine Hepburn did a number together in Bringing Up Baby, the censors would have required the scene to be removed. So responders are going to be limited to silent films and pre-Code talkies.

Probably wouldn’t see it in European films, either. Weed could be harvested in the wild in the US and was a cheap high. Europeans would have to get relatively expensive hashish from the East.

Performance is a really druggy film from almost 50 years ago.

Wasn’t there a brief bit in Blazing Saddles (1974) when Gene Wilder’s character would take a drag and his voice would get very high-pitched for several syllables?

Wasn’t there a brief bit in Blazing Saddles (1974) when Gene Wilder’s character would take a drag and his voice would get very high-pitched for several syllables?

Cleavon Little and Gene Wilder did share a joint in Blazing Saddles. But I think the OP is asking for Pre-Decriminaliztion scenes, before the late 1960s when Hollywood loosened up.

The Hays Code, which took effect in 1934, pretty much banned mention of recreational drugs on the Hollywood big screen. If Cary Grant and Katherine Hepburn did a number together in Bringing Up Baby, the censors would have required the scene to be removed. So responders are going to be limited to silent films and pre-Code talkies.

However, Tracy Lord did say “You haven’t switched from liquor to dope, by any chance, have you Dexter?” to C.K. Dexter Haven in The Philadelphia Story (1940).

I had “scene” The Owl and the Pussycat (1970) but probably would not have remembered the pot-smoking scene with Barbra Streisand and George Segal… except that there was a Mad Mag parody and a panel was devoted to it.

A remark, in the parody, was that pot could do strange things to your memory.

Answer: You might forget that you saw a similar scene in every hip movie lately.

From 1977: Arnold Schwarzenegger tokes up in “Pumping Iron”. He can’t deny he smoked it, that’s all I have to say. 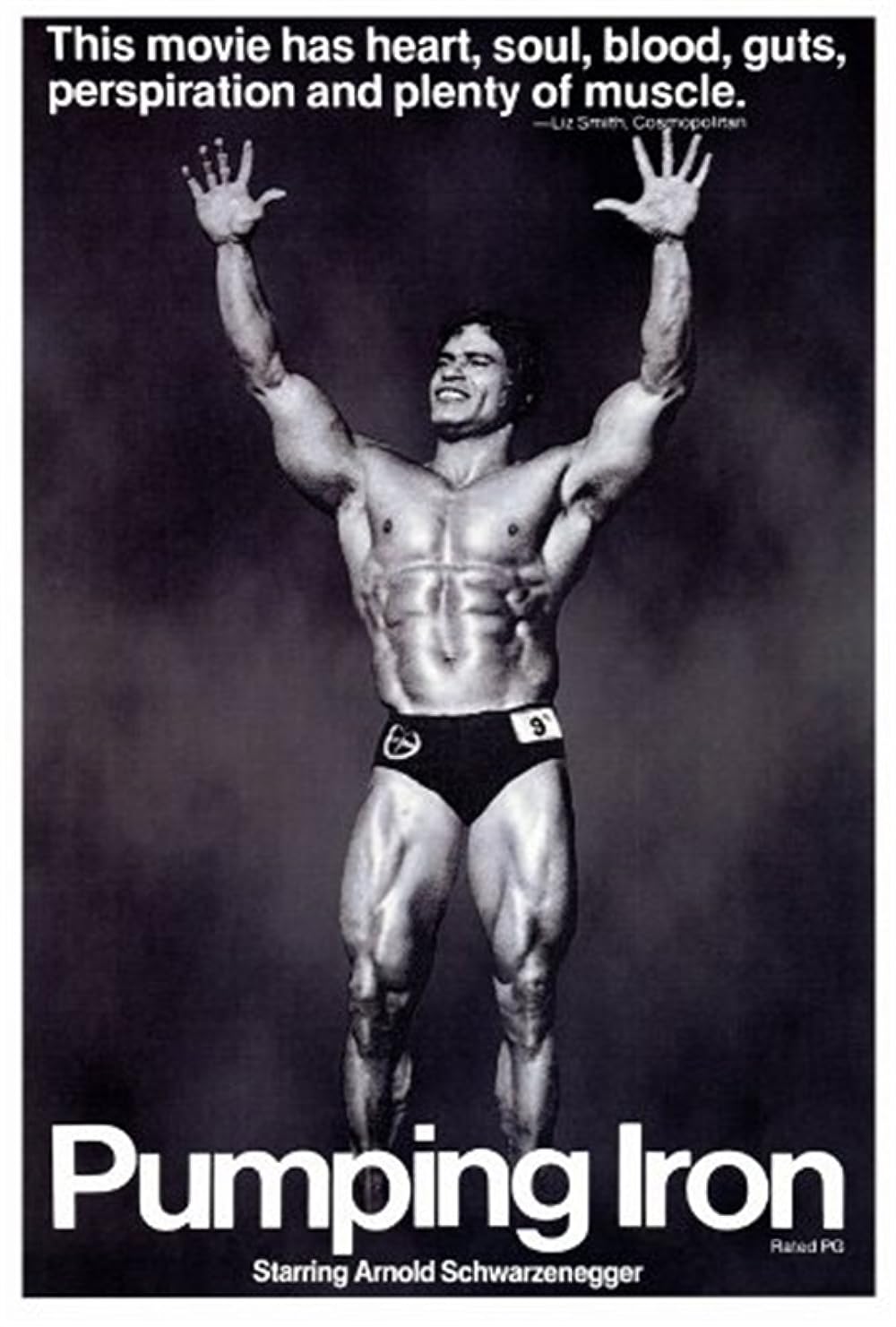 In Brewster McCloud (1970) cops find a joint in a murder victim’s pocket. One says, “Is that marijuana?” and the other says, “Only one way to tell” and lights it up.

Alice’s Restaurant (1969) has some references to pot smoking. I don’t recall if Arlo is shown actually lighting up, but he does have it and at one point someone comes into his room and asks, “What’s that funny smell?” He replies, “What funny smell?” as he hides his weed.

Three in the Attic (1968) may have been one of the “hip movies” Mad Magazine had in mind.

From the wikipedia article:

“… While racing over to Eulice’s residence Paxton trips and happens upon a hippie-girl, Jan (Maggie Thrett), who is making a flower-collage in the woods. They strike a conversation, and soon after Paxton takes Jan to his favorite motel. The two eat some of Jan’s “magic-brownies” and then Jan uses body paint to cover Paxton’s back in flowers…”

I seem to recall Paxton saying something about something growing in his hand. No, not that.

Completely unrelated but I saw a great T-shirt this WE : a picture of young Arnie back in his weightlifter era complete with hefty training iron, emblazoned “Come with me if you wanna lift !”

Well, I thought it was clever :o

I Love You Alice B. Toklas (1968) also featured marijuana brownies, as its title makes clear.

My memories of Joe (1970) are quite a bit hazy (hmmm!) but from the wikipedia article, I’m reasonably sure that pot, as one drug, was involved.

This happens after Melissa (Susan Sarandon) overhears her father talking with Joe about killing her boyfriend in a fit of rage (subsequent to an overdose which had her hospitalized for a brief time). She storms out of the home and…

“Joe and Compton search for her, and meet a group of hippies at a bar in downtown Manhattan. They join the hippies at an apartment, where the hippies share their drugs and girlfriends with the pair. They then abscond with drugs brought by Compton, which he had taken from the drug dealer, as well as Joe’s and Compton’s wallets…”

Generation (1969) may be another example. Take a look at the poster.

My memories of Joe (1970) are quite a bit hazy (hmmm!) but from the wikipedia article, I’m reasonably sure that pot, as one drug, was involved. …

This didn’t sound like the Peter Boyle “Joe” movie I remembered. Checking finds that I was thinking of Crazy Joe (1974) about mobster Crazy Joe Gallo. I seem to recall a scene where Joe lights up with some of his new Harlem buddies.

Boyle was also in Kid Blue (1973) with Hopper and Oates. I think there was a smoking scene with the local Mexicans in that film as well. This one might belong under the Easy Rider exception.

Sorry that I can’t really be sure, esp. about the 2nd one. It’s been over 40 years since I saw it. During a screening hosted by the director. Disappointing all around.