Growing Grass in a drought. Should I hang up my hose?

I had some work done on my front lawn about 4 weeks ago. The last step was topsoil and seed.

The guy was supposed to put down some straw but he never did. It’s been in the 70s and 80s every day since. Only 1 day of rain in all that time. The grass is in part shade, probably starting around 2 PM. The rest of the lawn is pretty much brown right now - it’s normally lush and green.

I’m watering once a day but probably not enough. After 4 weeks of all this sun and heat, I’ve got about 15-25% of the grass popping up. Otherwise it looks like a field of dirt.

I see a lot of grass seeds so it’s not like they all got eaten or blown away. But I’m pretty sure I’ve killed the seeds that haven’t germinated.

Should I continue to water the stuff that’s sprouted? Could I get more new growth or is that pretty much it? I’m willing to pack it in and wait until fall to put down some more seed. I don’t want to keep watering like a boob. But I don’t want to kill the baby grass that’s growing by stopping watering.

If I kept watering how much longer do I need to do it?

Grass seed can sit for a long time before it sprouts, which usually happens when there’s not enough water. If you can’t soak it down a couple of times a day, you may as well wait and see if the drought will break.

Keep the seeded area moist/wet all the time. Watering once a day won’t be enough if you’re not getting any rain and with temps like you are getting. I don’t think the ungerminated seed will be dead, but it will be waiting for better conditions than it has now.

Isn’t it SOP to rake the grass seed into the soil so that it’s mixed?

Isn’t it SOP to rake the grass seed into the soil so that it’s mixed?

Not that I’m aware of. I’ve actually planted a lot of grass in my time but never over such a large area, never without straw and never without rain/in mid summer. Usually I just drop some seed on some decent soil, cover it with straw and water it once a day and it goes great.

I’m sorry for causing a drought by trying to grow grass, Ohio.

Nah, just moderate low rainfall for the time period - 1.45" below normal (southest Ohio is severe low rainfall). But what better word to describe succinctly what I’m dealing with? Only one day of rain in the entire lifetime of my planted seeds! DROUGHT!

Not necessarily. So far this year, my area has gotten only 42% of normal precipitation, yet there are no water restrictions. There may be next year, if conditions don’t improve, but we’ve got plenty of water for now. 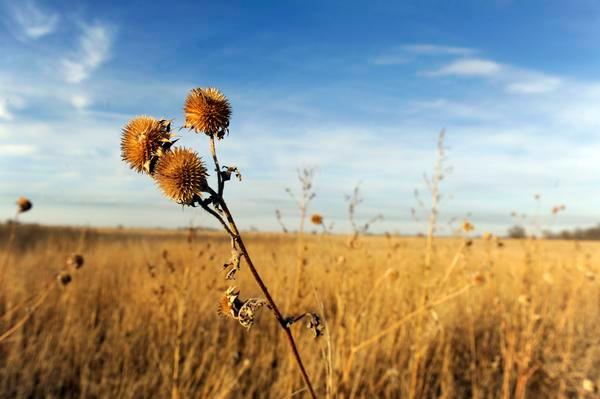 98 percent of Colorado in a drought, say CSU climatologists

98 percent of Colorado in a drought, say CSU climatologists

Seed in the Fall.

I’m sorry for causing a drought by trying to grow grass, Ohio.

Man, the vigilantes are going to be all over you with pitchforks and torches!
Your only hope is to sponsor a marathon car wash.

One thing you might want to do. Figure out how to read your water meter. Then figure out what they charge you per gallon. Then decide how high you can stand to let your water bill be next month. Then see if the max amount of water you can afford per day looks like it will be enough if you do it till the grass gets established and or the drought ends. If if doesn’t look like it will be enough you are just wasting water and money and still won’t have grass. Also, this could keep you from going :eek: the next time you open your water bill.

I have much better luck growing grass when I cover lightly with straw.

Straw actually works more by shading the seed than by retaining moisture. You probably don’t want to do that now that some grass has sprouted.

Grass seed needs to be in contact with the soil to sprout; either rake lightly to bury the seed not more than 1/4 inch, or or run a (not too heavy) roller over the area to press the seed into the soil. You probably don’t want to rake now that some grass has sprouted.

Established lawn should be watered deeply but infrequently to encourage deep root growth, however, newly seeded areas need to watered two or even three times per day to keep the seed moist enough to germinate. Since the seed is on or just beneath the surface, it is not necessary to water deeply but it is necessary to water frequently. Keep the top inch of soil moist but not soggy; it can take a bit of practice and fiddling.

If the birds don’t eat it, a lot of the seed that is there will likely sprout on its own when the fall rains come.

If you want a quick fix for now, you could buy a bag of annual rye grass and overseed the area. To get the seed in contact with the soil you can rake very lightly – don’t tear up the grass that is already growing – or drag a roller over it – only fill the roller 1/3 to 1/2 with water – you don’t want to compact the soil, just get the seed pressed down a bit. Practice your watering skills on this cheap seed and most of it will sprout within three to five days. Keep up your watering routine for ten days and you should have a nice looking lawn for the summer … but it will not survive the winter.

While you can plant grass seed any time, the best time is actually in the fall. Keep an eye the weather forecast right around Labor Day. When you see several days of rain coming up, take advantage of the free water. Overseed with a good sun and shade mixture, do your watering routine on days when the soil drys out. Keep the seed moist (but not soggy) for ten days to two weeks. As the weather cools the grass will prepare for winter by concentrating on growing a deep root system rather than on growing green sun-catching blades.

You can have drought conditions and still have enough water flow to provide water to the area due to water coming from upstream or having a lake to supply water. My city gets it’s water from a river and is in a D1 moderate drought at the moment but the streamflow is still good enough that there’s no need for restrictions. In 2007 we had a bad D4 drought and they had to watch the water flow closely and enact restrictions as it dropped to a certain level. The sister city next door gets their water from a lake and never had any restrictions in 2007.

All right, I went out and got a third hose and sprinkler today so now I can do all of my watering without having to move any sprinklers and get all muddy. I will water two or three times a day.

I don’t want to go out and waste water but water is super cheap here, so close to Lake Erie. It’s $25/quarter for me living by myself. If this routine costs me another $25 over the next 3 months I’ll be fine with it - drop in the bucket compared to what I paid to have done to the yard underneath it.

Another thing about grass, it’s never too late in the year to put down seed. If it gets cold enough the nothing will happen, but whenever it’s above freezing the growth in the seeds and after sprouting will continue. You can put seed out in the late fall, and see it sprouting in the springtime.

Our climate is predominantly drought and pretty hot in summer. Temperatures over 100 degrees for long periods in the summer. Just to make it more difficult most of the soil is actually sand.

For years people used borewater and heaps of fertilizer to keep the lawn green and they do look nice. However, more recently the wisdom is just to let the grass die back and it will come back in the winter. This is because of the cost of using treated water on the soil and the fertilizer largely leaches through the sand…

Obviously our climates are very different, but in essence if you let the lawn go brown it will come back.

Obviously our climates are very different, but in essence if you let the lawn go brown it will come back.

Ours didn’t. I’m plugging in pieces of zoysia.
I never watered the lawn when I lived in the county, but it died in North Little Rock when we didn’t water last Summer.

Ours didn’t. I’m plugging in pieces of zoysia.
I never watered the lawn when I lived in the county, but it died in North Little Rock when we didn’t water last Summer.

Let us know how that turns out. I’ve considered switching to zoysia myself since it appears to be easier to maintain. Growing up in the DC suburbs in the 60s, many new developments were initially planted with zoysia or something similar. Aside from turning brown in the winter (don’t recall seeing happen in the summer), the lawns seemed to grow slower and keep an even cut longer.