Hank was one of the gritter pulp fiction writers in the late 40’s. He was very popular during the same period as Mickey Spillane. Hank Jenson has been out of print for a long time.

Hank Janson is both a fictional character and a pseudonym created by the English author Stephen Daniel Frances who died in 1989. Frances wrote a series of thrillers by, and often featuring, Hank Janson, beginning with When Dames Get Tough (1946). Many of the later "Hank Janson" novels were the work of other authors. Hank Janson was the most popular and successful of British pulp fiction authors of the 1940s and 1950s. His books were violent "pseudo-American" thrillers sold in paperback editi...

Any pulp fiction fan is in for a treat. I read a few of these in junior high school in the 70’s. 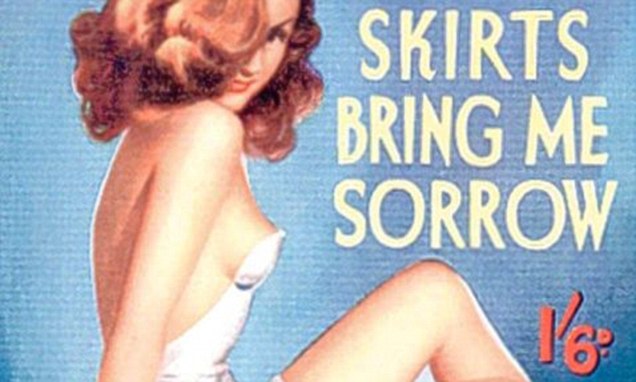 The man who taught a generation about sex

Back in the 1950's, when the F-word was only to be used by serving soldiers and qualified coal-miners, Hank Janson's sexy crime thrillers were the hottest thing around.

I misspelled the author’s pen name. It’s Hank Janson. Several authors wrote under that pen name. This was a British pulp crime series.

I think the most similar American series is Mike Shayne. A redheaded, tough guy PI. Written under the pen name Brett Halliday. Several authors wrote the series. It was a typical pulp crime novel. With a sexy women on the cover. The stories were short. Maybe a 100 pages at the most.

Hank Janson’s stories were about the same length. A 14 year old could easily finish these books in a couple hours.

The writing and plots in pulp fiction were pretty simplistic. They were just one step past the Hardy Boy books.

I loved these books in high school. Anyone remember the Crime magazines? I used to buy Crime Detective at Walgreens. Official Police Detective was another one I bought.

The covers look horrible now. But reading these pulp magazines was very common. The stories were never as bad as the cover. The shocking covers sold the magazine. Kids a few years later were watching Jamie Lee Curtis in Halloween, the Friday 13th movies and Nightmare Elm Street. Teens like horror.
http://www.ebay.com/itm/Official-Police-Detective-Torture-Crimes-Annual-1974-Upside-Down-Bondage-Cover-/380806788568?pt=Magazines&hash=item58a9da75d8