Has anybody ever heard this Urban Legend?

I saw a video on Youtube yesterday “10 mysterious things that have never been explained.” In the video they mentioned a mysterious satellite named “The Black Knight”
According to the video:

So is this an actual UL or something they made up for the video?
Any credibility at all?

I think the question is, is this an established Urban Legend, ala Bigfoot or the Loch Ness Monster.

I think they’re asking how fresh the invention is? As I recall, an urban legend is different from some bullshit somebody made up because a UL has been around for a while, getting passed around and generally changing over time (as in a game of telephone).

Anyway, I’ve never heard of it before, not that that helps much. My guess is that if it’s not original to the video, it’s not very old. The ISS isn’t that old, and the “Tesla knew all the answers!!!” craze popped up late last decade IIRC. (My suspicion has always been that it was sparked by the movie “The Prestige.”)

But who knows? Those details might’ve glommed on later in this legend’s evolution.

(I wonder what kind of answer you’d get if you asked the guy who made/posted the video? “Hey man, I’m just curious - did you invent this yourself, or hear it somewhere?”)

Any credibility at all?

I’ve heard of it. Like other UFO theories it is nonsense. The ISS photos, for example, have been confirmed to be a photo of a thermal blanket that was lost. So to answer your question, none at all.

According to Wiki, it’s a bunch of urban legends mashed together, with a recent assist from Pepsi.

In November 2015, Pepsi released a promotional video entitled “Black Knight Decoded” which “imagines a rich fictional narrative around what some people believe is a very real entity: the Black Knight satellite”. The video features appearances by David Oyelowo and Freida Pinto, production by James Frey, and music by Usher

Smacking my head for not checking Wikipedia before posting! This Skeptoid article has some more info - it looks like this is a legend, but not a very old one (although some of its components are old). 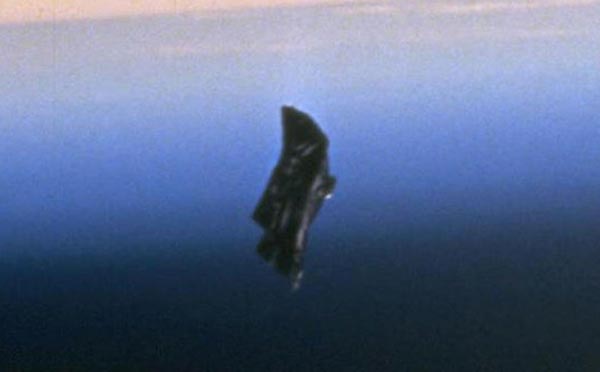 An object claimed to be 13,000-year-old alien satellite orbiting the Earth is just a piece of an old space shuttle.

According to Wiki, it’s a bunch of urban legends mashed together, with a recent assist from Pepsi.
.

I would say this urban legend and in this particular word-for-word form is recent … I’ve never heard it before … but it sure does sound the same as many other urban legends I have heard … perhaps we could say this is a very old urban legend, just that the names have been changed to protect the innocent …

Unless, of course, we have a massive conspiracy involving everyone with a telescope six inches or larger …

I’ve heard of it before—one theory (read ‘conspiracy theory’) being that it’s a Bracewell probe, intended to initiate communication with technological species once they reach a certain level. It’s been linked to so-called long-delay echoes, which are radio phenomena where a message is echoed back after a much longer time than one would expect from ionospheric reflection etc.

In reality, it’s just a narrative constructed around a couple of phenomena that may appear puzzling at first sight, but for which there isn’t really any reason to link them, nor to think they’re anything more than perfectly natural.

There’s a photo that does the rounds, taken from a Space Shuttle (not ISS) mission, supposedly showing the “Black Knight”. It’s actually a thermal insulation blanket, IIRC.

I believe the legend started when an unknown satellite was tracked in the very early days of satellites, presumably a Soviet one nobody knew about?

Did Nostradamus mention it? If not, I ain’t buying it!

Umm, obviously not true. Even technology from a couple hundred years ago couldn’t broadcast…

Brain Dunning has a great history and explanation of Black Knight on Skeptoid:

An object claimed to be 13,000-year-old alien satellite orbiting the Earth is just a piece of an old space shuttle.

Yes, I heard about that many years ago.

Has anyone determined if this “Black Knight” is missing both arms and both legs?

Has anyone determined if this “Black Knight” is missing both arms and both legs?

Tis only a micrometeorite wound.
Anyway …

The idea that someone, anyone, would believe it would be possible to determine that some small object has been in orbit for 10-15k years is scary. Would other kind of garbage would someone like this buy? (Besides the Biblical missing day NASA found, etc., etc.)