Has anyone else noticed that almost every single couple/family in commercials now is interracial?

This isn’t a judgement just an observation.

But I swear I had a friend point it out a few months ago and now I can’t stop seeing it. Every ad I see on TV now that explicitly has a couple or family has an interracial family, usually a black/white couple but occasionally white/Asian couple. A month ago I wrote it down myself after watching three commercial breaks and of the 10 commercials I saw that had a couple 8 of them were interracial. Looking up the stats and only 10% of marriages in the United States are interracial so they’re overrepresented in TV commercials apparently.

I’m posting this because it’s driving me crazy that apparently I’m the only person (besides my friend) who has noticed this on TV. I asked some friends and on Reddit and people think I’m making it up because they claim they don’t notice a lot of interracial couples in commercials.

They also seem to really like very light skinned black women a lot.

But you know what? Meh.

Too many years of June and Ward types. I don’t mind that the 'worm has turned". Not buying that stuff anyway.

How many of the interracial couples are both non-white? I don’t watch TV advertising so I genuinely don’t know.

I know someone who is genuinely upset about this and thinks the PC Police are somehow forcing companies to do this. Of course, it couldn’t be that advertisers realized that non-whites buy products, too.

Also, the percentage of mixed couples is higher in younger demographics, vs seniors. 15% of new marriages were mixed-race in 2010. Likely higher now.

Yeah that’s why I’m assuming they do it. They know fair representation is the thing now, but instead of fully committing with dedicated couples they just now do the thing where “Hey, we put a black actor and a white actor together as a couple, now we got 100% of the audience!”

I just saw a commercial right this second for Bounty I think where it was a just a father and his children, no mom but the father was white and the children were very obviously mixed race with much darker skin than him so they’re still doing it even without a full couple.

My reaction on reading this was that this would have a very negative reaction from the significant number of conservatives opposed to interracial marriage–but surprisingly there are very few of these left: 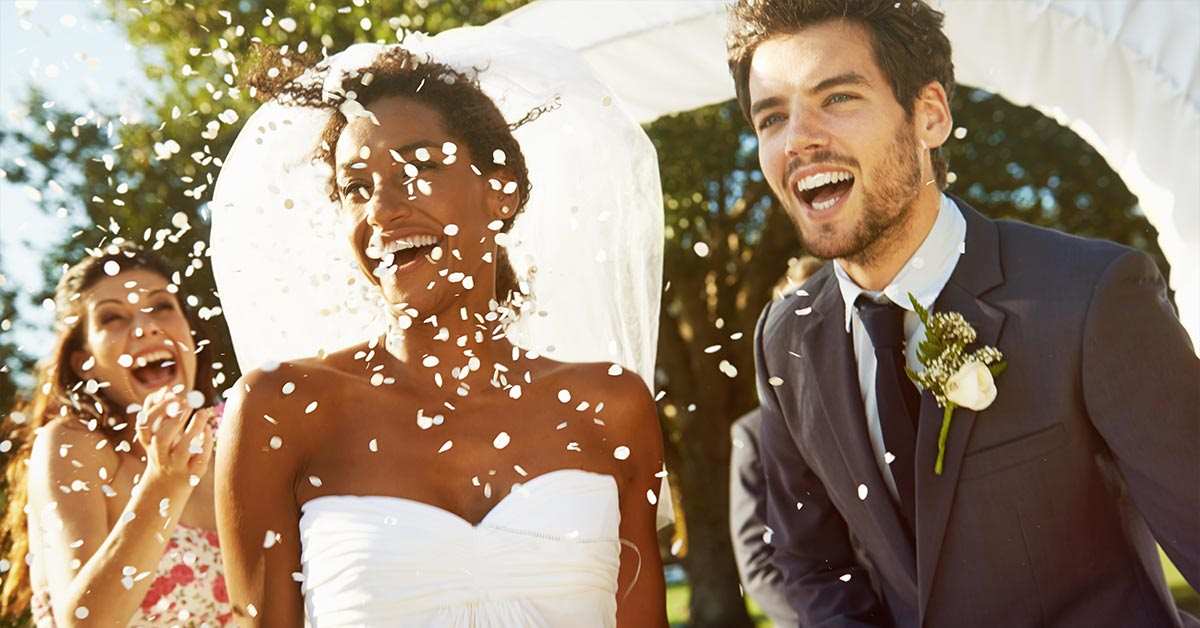 U.S. Approval of Interracial Marriage at New High of 94%

This isn’t just a US thing. I work in advertising in the UK, and clients are very aware of trying to make up ground and be more inclusive in their audience representation. They’re trying to redress the balance, and it frequently feels ham-fisted but in all honesty most of my clients are just trying to do the right thing - and keep up with society. Major companies now all have a strong focus on DE&I and put all their marketing through that lens.

I often find with online forums that discuss advertising (such as this) that people think there’s some global advertising cabal that is out to brainwash us all. In reality, it’s a few 30-something marketing people making it up as they go along and worrying about selling ideas into their boss, and some goofy art directors in ad agencies trying (and usually failing) to do something cool for their portfolios.

I have noticed that in Germany too, which is weird, as there are very few black people in Germany. I assumed it was a trend from abroad the advertising agencies are mindlessly copying or that they are trying to look cosmopolitan by highlighting a group that must be foreign to their target audiences. Black, beautiful young women with fair skin are a thing here too. I believe SanVito, this is not a cabal, this is just a bit ridiculous.

Has anyone else noticed that almost every single couple/family in commercials now is interracial?

OK, more seriously - this is not as much of a thing here in South Africa, for various reasons. Lots of mixed groups out in social settings like beer commercials, but not so many mixed families.

and it frequently feels ham-fisted

Let me correct that slightly … it regularly LOOKS ham-fisted, staged (but I guess it is an advert, after all) and not very convincing. In ‘redressing the balance’ they’ve gone right over the top, as usual.

The turning point on this came in 2013. Cheerios produced an TV advertisement featuring a mixed-race couple, and provoked a firestorm of racist complaints. There had been other commercials and print ads with interracial couples, but their products were more niche. Cheerios is a Major Americana Brand, loaded with nostalgia and significance, and their embrace of this new cultural dynamic was a major step.

To their credit, in response to the racist criticism, they refused to pull the ad. Instead, they just disabled the comment section on YouTube and other places where they were featuring the ad, and left it up.

Then they doubled down with a sequel advertisement in the Superbowl.

That Cute Cheerios Ad With The Interracial Family Is Back

The first TV spot featured an adorable, curly-haired moppet named Gracie who had a black father and a white mother. The ad for Cheerios prompted a storm of protest and counter-protest last summer. Now, the cereal-maker is back with a sequel.

I say this was a turning point, because there was a clear slant to the news coverage and the public discussion. Everything was about how awful and prejudiced and hateful the complaints were. Nobody in the mainstream discussion gave the bigots a centimeter of slack (except pre-existing bigot media, of course). The USAToday story, for example, used the words “poisonous” and (quoting an expert) “ugliness.”

In the wake of this, polls showed the racists were in a shrinking minority. (As usual, it was probably a mixture of genuine progressive belief and fear on the part of latent-prejudice types that they would be caught and lumped in with the nastiness, so they claimed more tolerance than they actually felt.) After a bit of time for the culture to process this sea change, it was clear that people were ready, and that’s when advertising really started to chase the new dynamic.

Of course, as with anything in advertising, we should assume there’s a mixture of good intentions and mercenary instincts. Cheerios got a ton of essentially free advertising from their commercials; every news story featured the video link, and their name was mentioned thousands of times in connection to their positive positioning on the issue. Presumably this did not go unnoticed, and other advertising agencies would mention the potential for praising coverage to their clients. That effect has no doubt faded by now, but it would have been an accelerator.

Anyway, whatever you may think of Cheerios as a product or a brand, they deserve a little round of applause for kicking the door down on this.

Well yeah, it’s not a documentary.

White people can sit and moan about it, but I’m sure if you’re not white (or able-bodied, or a heterosexual couple with 2.1 kids, or any of the other ways companies are trying to improve representation), it’s actually quite nice to be seen, for a change.

I too have noticed this in the UK. Some of the Christmas ads were pretty clumsy with a mostly white family and a black or brown face standing out. I have also noticed a trend toward seeing disabled people in drama.

IMHO this is a GOOD thing. Kids who grow up never seeing different colours or different abilities on TV tend not to think about them, so if they see it in real life it is a surprise.

I recall that Midsommer Murders was criticised for “being too white” and the later series always included the statutory black/Asian character. Years ago, I became aware that American cop shows almost always had a black man as the lieutenant. This was obviously the result of pressure to stop portraying them only as villains or janitors.

I recall that Midsommer Murders was criticised for “being too white” and the later series always included the statutory black/Asian character.

The producer of ITV1's Midsomer Murders, Brian True-May, is suspended after saying the drama "wouldn't work" if there was racial diversity in the show.

believe me there’s much bitching about it in various comment sections . about the big conspiracy …

I’ve noticed it - it doesn’t bother me. It wasn’t that long ago when I noticed that ads that showed a social gathering, whether Thanksgiving dinner or a barbecue, seemed to include one couple of a different race - but never more than one. I don’t know if I’m more aware of it because my daughter is married to a black man, and it certainly doesn’t bother me, but it almost smacks of pandering.

I’ve noticed a few ads that appear to feature gay couples, but there are may fewer of them and they seem to be on cable networks rather than broadcast channels. Or maybe it’s because we mostly watch cable programs.

I guess I’ve noticed this in an offhand way, but as a white guy who has been half of multi-ethnic couples in the past, it’s barely on my radar. If it’s more common than the 10% of multi-ethnic marriages that actually exist (according to OP), so what? Advertisers want to represent as wide a swath of their consumers as possible. If you have a commercial that only, or mainly, features a couple, I figure the advertisers do that by making them different ethnicities.

BTW, just a little pet peeve of mine, I don’t mean to knock or target the OP by saying this, and another recent thread also referred to people as different ‘races’: there are not different races of humans. We are all one human race. I don’t mean that in a feel-good, ‘up with people’ way, in a very real sense we as a species are very genetically identical, despite superficial physical appearance. Calling different ethnicities of people different ‘races’ to me sounds at best very old-fashioned and at worst, just wrong, like still calling Asians ‘Orientals’. I wish the concept of ‘race’ applied to people would go the way of the word ‘Oriental’. [/rant]

We are all one human race. I don’t mean that in a feel-good, ‘up with people’ way, in a very real sense we as a species are very genetically identical, despite superficial physical appearance. Calling different ethnicities of people different ‘races’ to me sounds at best very old-fashioned and at worst, just wrong, like still calling Asians ‘Orientals’. I wish the concept of ‘race’ applied to people would go the way of the word ‘Oriental’.

This has been a pet-peeve of mine, too; “ethnicity” is a better term than “race.” Along the same lines, I think the term “racist” is often used incorrectly. In most circumstances the term “bigoted” would be more appropriate, IMO.