Has anyone tried kava?

Damn, typed the subject line and discourse thought I wanted to know about Kavanaugh.

I clicked on a youtube video of a young man filming himself trying kava for the first time and he certainly looked smiling and loopy and relaxed after drinking it.

Has anyone here tried it? Does it just feel like alcohol?

Has anyone here tried it? Does it just feel like alcohol?

I tried it on time in Hawaii with some locals. It was a nice feeling, but not really like alcohol. Hard to describe. For me it was pretty subtle. I’d try it again if given the opportunity.

But we smoked it. It allegedly was supposed to be a legal alternative to grass. I didn’t think it did too much. Slight head buzz and some relaxation. Emphasis on “slight”.

I remember a story about a First Lady being offered Kava and the Secret Service wouldn’t let her drink it. IIRC it was Lady Bird Johnson but I could be wrong.

Tried it with a friend who had done it with locals while in Peace Corps.

More like being stoned than like being drunk. Less intense (although I’m sure the dosage matters). Pleasant. I’d do it again. Downsides are that it tastes awful and if you want a stronger effect you should fast before, so you’re drinking this bitter thing while hungry.

Has anyone here tried it?

I was not trying for, nor noticed any, kind of intoxication.

The young man in the video I watched drank a full glass of it - not quite a pint. He was smiley and high, and the commenters said that he drank quite a bit for a beginner.

I did not try chugging a pint. It’s possible you might get “high”, but then again you will get also some kind of effect from drinking bowl after bowl of Chinese tea.

When I opened this thread, I thought it was going to be about the “acid neutralized” coffee promoted for years by the unforgettable Paul Harvey. He never once claimed it might get you high! 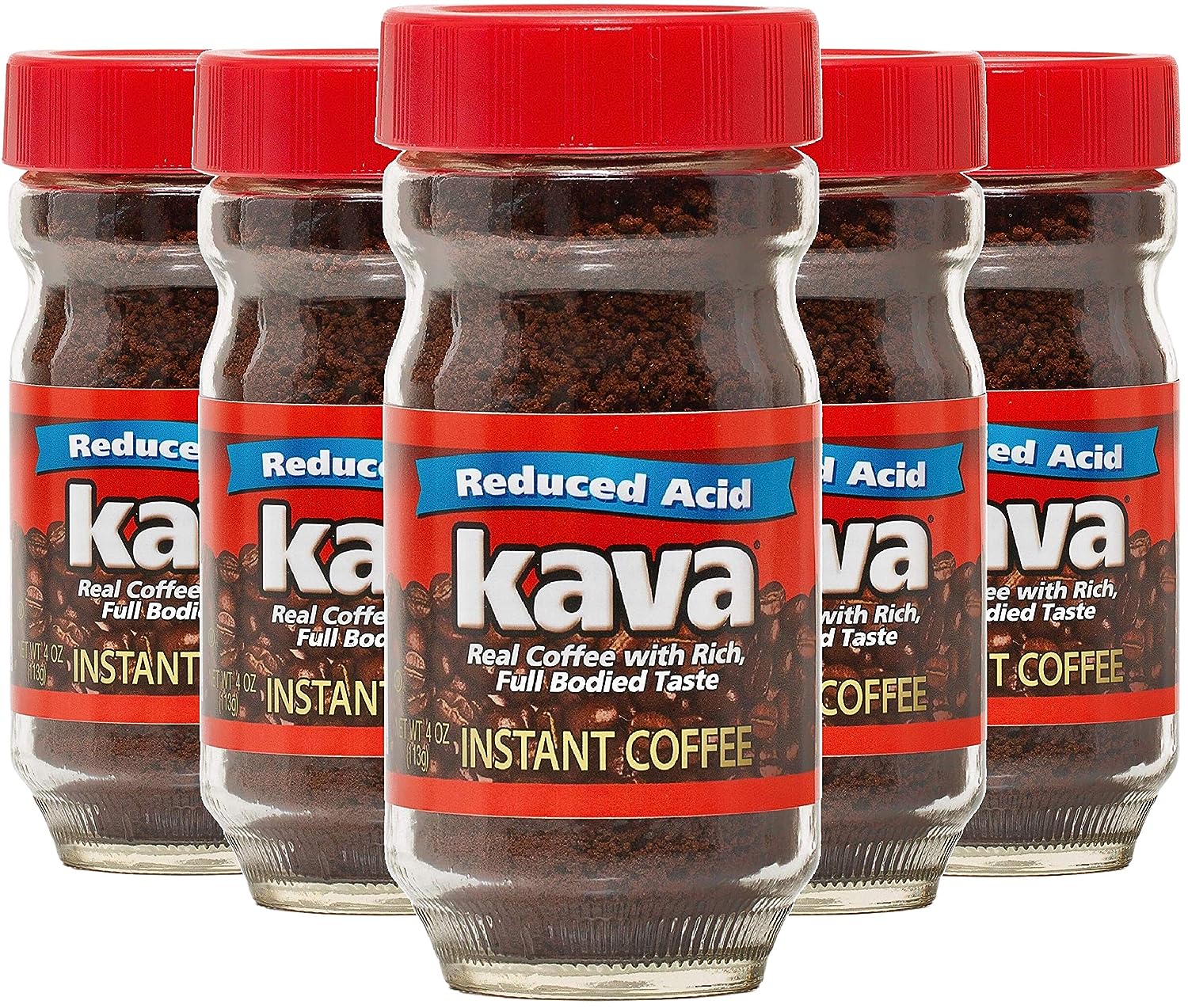 Two stars, would not recommend.

Some friends made some for me after they returned from Fiji 20-some years ago. I don’t think it tasted like dirt, but then I like drinks with that flavour profile so I don’t associate it with dirt. I remember it being relaxing. I don’t know if I experienced a ‘buzz’, but I did like it.

I’ve gone through two pounds of it in the last month or so, about $100 worth, and I haven’t really felt anything. Maybe a little bit more relaxed. Maybe. But nothing obvious. People talk about breaking through “reverse tolerance” but it hasn’t happened yet to me.

I personally don’t mind the flavor. Was expecting worse. I actually like it plain. Has a nice numbing sensation kinda like sichuan peppercorns, but not as aggressive.

Tried it a few times. Tasted pretty bad, gave me a pressure headache but otherwise nothing. Went back to smoking weed.

So I just came home and blended up about 5 Tbsp worth of kava in about a pint of water. I had a good bit of overall tension from just running around doing stuff and now I have a little break from work. Fifteen minutes later, I would say there is some subtle effect. I do feel a little more relaxed. There are no “heady” effects (like feeling high or drunk). I would say it very slightly took the edge off, but it’s really hard to quantify, as the fact that I’m on break, sitting in front of a computer could also be responsible for that.

The feel is not that of something like, say, a benzodiazepine, where tension just melts away. It’s definitely not like alcohol. There’s maybe a touch of cannabis indica mellowness, but it’s really subtle. I just walked to pick my kid up from school, and I felt a little different, but nothing too outside the range of “normal.” I don’t feel any extra energy; I don’t feel more creative; I don’t feel more social; I don’t have that hypomanic rush I sometimes get from a few drinks. I might be feeling a touch more sleepy than before.

So far, that’s the strongest reaction I’ve had from it, but it’s still subtle enough that I can’t quite tell if it’s just all in my head. Maybe I should try an 8 Tbsp dose, or some instant kava. I want to like this stuff, and it’s not bad, but it’s not doing anything too obvious to me. I do know in the Reddit kava forum, there are a lot of people who seem to have very good experiences with it – especially people recovering from an alcohol addiction (like me) or another substance abuse disorder. It would be nice to have something with the relaxing and creative/disinhibitory properties of alcohol without the rough edges, but this isn’t quite it … or at least yet, for me. I’ll probably try it a bit more, but I’m not getting the reactions others in that Reddit forum have described.

Never under estimate the placebo effect. I think some people take kava with certain expectations and mysteriously find them fulfilled.

I have tried kava and agree with others that the effects are subtle. It is only slightly mind-altering and certainly not mind-blowing. Since I don’t do a lot of other substances I don’t have a huge base of comparison, but no, it’s not like the effects of alcohol. It’s a slight mellowing of one’s mood in my experience.

Two stars, would not recommend.

I came here to say something pretty similar. I’m not sure I would have gone as high as two stars though.

I’m not sure I would have gone as high as two stars though.

The overall experience, simply as an experience — being able to say that one had this unusual (at the time: this was many many years ago, before it was trendy) beverage prepared in a traditional fashion in a remote tropical island paradise — was worth having and bumps up the rating. The beverage itself, isolated from its context, scores lower.

Excellent point. Mine was a long time ago too - dive trip around 2005, if I remember right. I’ll happily concede a star to recognize the ambience/experience.

IIRC, kava can increase your photosensitivity.

I’ve had regular kava but also sakau, which is the somewhat different version of kava from the Micronesian island of Pohnpei, where I lived for three years. Sakau is the pounded kava root strained through hibiscus leaves. It is claimed that this straining step makes it more powerful. Whether that is the cause, or something else about the Pohnpeian preparation, sakau is definitely stronger in its effects than kava.

Sakau is (or was - I lived there 1986-1989 so things may have changed) extremely popular, drunk in sakau bars. The local constabulary very much approved of people drinking too much sakau rather than too much alcohol, as people got mellow rather than violent. Instead of fist fights and car crashes, people might drift off at the wheel and slowly drive off the road, coming to a halt in the bushes with little to no damage to people or property.

The issue with sakau, as all the foreigners said, is that “it tastes like dirt and has the texture of snot.” It wasn’t quite THAT disgusting, but it also wasn’t fantastically good either. I’d drink it in small amounts and notice the whole numbness of the mouth and lips, and maybe a bit of calmness.

I’ve also had regular kava (you can get kava candy and stuff here on the Big Island) and agree that it is the same as sakau but less strong.

I probably ought to try consuming more kava as I think it has potential as a half way decent sleep aid, and like so many of us I don’t sleep all that well. The problem is that I don’t want to drink enough of it to matter. I’m good with half a small glass but I don’t want to drink more than that, and so I don’t get much out of it.

I was able to get it in capsule form. Seemed to have the same effect as the beverage but with less of the “snot-textured dirt taste”.