Have I missed McCain fear/terrorism ads, or is it being saved for the home stretch?

Or was is simply not effective in 2004? I thought the wolves ad from 2004 was considered effective, whipping up fear of terrorism to the GOP’s advantage, so I’m surprised I haven’t seen anything similar. Could be I just missed it? Or is it being saved for later? Isn’t it pretty much the home stretch right now, though? Or do they maybe have a terrorism alert planned (remember those?) for a week before the election?

I can this being an IMHO thread, if the mods wish to move it I have no objection.

I think the economy just took over. People are more worried about their homes, jobs and 401(k)s than they are about terrorism. If the economy was doing well, I don’t doubt that we’d see a fight waged over national security/foreign relations with McCain talking up the “terrorist threat”.

I’m hearing reports that McCain is largely abandoning the “Domestic Terrorist Ayers” attack line in TV ads, seeing it fall flat against the economy and taking a beating over spending time on smear attacks rather than the looming issues. I know that’s not exactly the terror ads you’re talking about but I think we see the same tone.

I had heard (though haven’t seen myself) that the exact same “Wolves” ad from 2004 was run in certain states, with just the names changed.

Where do you live? The McCain campaign doesn’t seem to be spending money in states they don’t consider competitive. That could explain the lack of the usual fear mongering.

McCain/Palin just released a 90 second fear-mongering beauty this morning. No word on if it’ll be run on TV, or just serve as a web video. 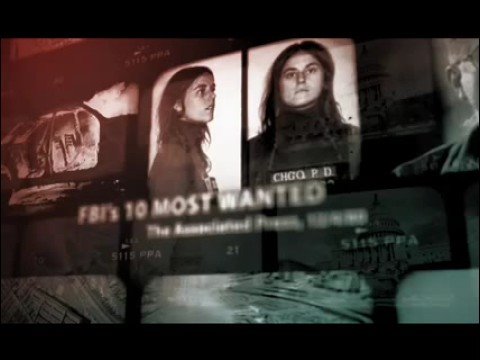 It’s not even saying that the terrorists will strike-- it’s saying his opponent is a friend of terrorists and a sympathizer.

A talking head on Hardball yesterday said that McCain wouldn’t be spending any money on the Ayers connection-- that is, not paying for ad time-- but he will let his surrogates continue to spread the terrorist word. That way he can always say that it wasn’t him (McCain) bringing up these loose associations.

The McCain people did circulate this article written by a victim The Weather Underground’s bombings.

Fire in the Night. Of course Barack was, like, 9 years old at the time. But still the both of them were on the same committee and probably breathed the same air, perhaps even drank from the same Annenberg project coffee mugs.

annenberg just spoke in support of mccain. so she funds terrorists (ayers and the school thing with obama) and mccain. hhhhhmmmm. that could be interesting.