Have you ever been a thief?

Have you ever taken something that wasn’t yours? Shoplifted a candy bar when you were a kid? Walked out of a store and then realized you had something you didn’t pay for - and not go back?

I still think of the time when I was around 9, I wanted to go horseback riding. It was $3/hr which I didn’t have. My grandma was going to drive me and my friend to the stables and I am sure if I had asked my grandma for the money she would have happily given it to me. But I didn’t. Instead, I took some silver dollars she had in a container in her dresser drawer. These were old coins, even for back then in the early '70s. I’m guessing they were from the '20s. I still think of this and cringe, my grandma would have given me anything I asked for and I stole from her!

I was heading to my car after grocery shopping (probably 30+ years ago) and realized that I had a bag of dog food under the cart that I hadn’t paid for. I kept going.

Have you ever taken something that wasn’t yours? Shoplifted a candy bar when you were a kid?

I was heading to my car after grocery shopping (probably 30+ years ago) and realized that I had a bag of dog food under the cart that I hadn’t paid for. I kept going.

I was gathering all my grocery bags together outside a store when I discovered that neither the cashier nor I noticed the container of sushi on the seat.

My friends and I were pretty good at shoplifting back in Junior High.

For us, the holy grail was getting an LP cheap. And it was the most time-consuming…

When they switched to stickers that couldn’t be taken off, we decided the only way would be to slit the plastic wrapper along the bottom, and painstakingly work it off the album. Find a budget bin $2 record, and repeat, switching the plastic (which was a tight fit, and as fussy getting on as getting off).

I still feel bad that that store (actually the entire chain) went out of business, but what am I going to do?..

When I was a kid my parents took me to Seaworld. There was an outdoor stand selling a bunch of souvenirs. One I had my eye on was a little old-fashioned flintlock pirate-style cap gun. It was just a little keychain tchotchke that would easily fit in a pocket, but the hammer pulled back and you could put a single paper cap in. I knew my parents would never buy it for me so I screwed up my courage, made sure no one was looking, and boosted it.

The trigger almost immediately broke off, so I figured the universe was punishing me (more likely just crappy workmanship).

I was gathering all my grocery bags together outside a store when I discovered that neither the cashier nor I noticed the container of sushi on the seat.

Unintentional thievery would make a good post of its own.

Once I needed to get a couple gallons of paint at Home Depot. They had to mix the color up special, which is a bit of a process, so after I had spent awhile at the paint counter waiting for it to be done I walked right out the door with paint cans in both hands. I just had a total brain fart-- the time I had spent waiting at the paint counter made me think I had already paid. It wasn’t until I got home when I thought “oops…”

My friends and I were pretty good at shoplifting

Wow. I never shoplifted. It just seemed so wrong. I wasn’t a good kid necessarily. I was eager to explore drugs and alcohol. But stealing? Nope.

When I was in the Army, my skills at appropriating whatever we needed from any other nearby unit who didn’t secure things well enough were legendary. They probably still talk about me.

Uh, yes. When I was a teen, I picked up anything that wasn’t nailed down, regardless of whether I actually wanted it. Exception: things in stores. I had no interest in getting involved with the police.

I had no interest in getting involved with the police.

I stopped shoplifting the first time I got caught. No police were involved, nor were my parents.

Wow. I never shoplifted. It just seemed so wrong. I wasn’t a good kid necessarily. I was eager to explore drugs and alcohol. But stealing? Nope.

Same. The only thing I recall shoplifting was a box of condoms at age 18 from the college bookstore. I was too embarrassed to just buy them for some reason (and I knew the clerks–work study students). I’ve given the school thousands of dollars since, so I guess we’re even.

Lots of people. Me included.

I took some silver dollars she had in a container in her dresser drawer. These were old coins…

My father had some old silver dollars on his dresser. I could have sold them to a coin collector for a lot. Instead, I spent them on candy and comic books.

For this, I had welts on my back from my father’s belt.

I don’t/didn’t shoplift, but yeah, I was totally a work place supply thief. When I emptied my pockets every day, I always found assorted paper or binder clips, pens, sticky notes, etc. If it fit in my pocket and didn’t poke or annoy me, it came home at least once. Some stuff would be returned to the workplace, some stayed at home. I never planned to steal, I didn’t take things like reams of paper or boxes of pens but paperclips totally weren’t safe around me.

Lighters too, but every smoker I know pockets lighters. At least I’m self aware enough to check my pockets after spending time with other smokers.

I’ve kept change I found in the coin return slot of soda machines. 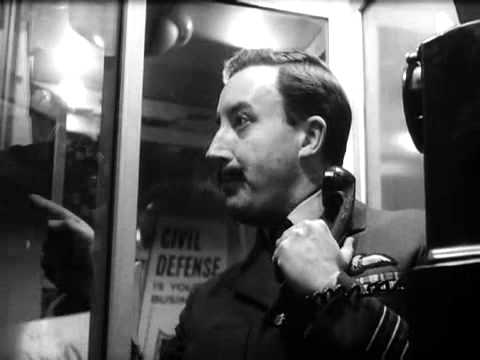 I was with a friend in Catholic Supply (which is a store that sells… Catholic supplies). I don’t remember why we were there to begin with, but we were kids in Catholic school who had both decided we were not interested in being Catholic and so liked to make blasphemous jokes and such. So edgy.

Anyway, they had these tiny ten-cent plastic Jesus figurines and we thought it would be hilarious to each steal a ten-cent Jesus from Catholic Supply.

I mean, it really wasn’t that hilarious. But we did it and giggled like idiots at what rebels we were, symbolically sticking it to the Catholic man in a way nobody was ever going to notice.

I went through a phase where I was a bra thief. But then I got caught in a booby trap.

Stole some parts off of a bicycle to upgrade my own when I was a college freshman. Found a suitable target bike locked up in a rack outside another dorm, snuck over there with tools under cover of darkness, and made off with the crank arms and the rear derailleur. It was a dick move and these days I regret it.

The following summer I got a traffic ticket, and being a dirt-poor college student, I elected to steal from my fast-food employer to pay the fine, as this would avoid me having to borrow from my parents (and thus having to tell them about the ticket). My employer caught me, and in single afternoon I was fired from my job and also had to tell my parents that I was both a thief and a shitty driver. I didn’t get prosecuted, but I was very nearly suicidal with shame and embarrassment.

Oof, you just reminded me, @Machine_Elf, I also stole from my fast-food employer. However, I did not get caught. I only did it when they allowed someone else to share my register, which was explicitly forbidden.

These days, I am scrupulously honest and have no desire for things that don’t belong to me. As a teen, it was a game. In the years when I stole from my employer, I was in dire straits. I was also a shitty person, not denying that. I think I have improved.

As a teen, I picked up a number of things that I did not pay for.

Really started with cigarettes. They wouldn’t sell them to me, so I took them. The used to keep them in displays in front of the registers, I think I have something to do with them all being behind the counter now. I would look the cashier in the eye as I paid for my gum while I slipped a couple packs into the copious pockets of my jeans jacket.

As I maxed out my slight of hand check, I became more bold, and would pocket a number of items while still just buying that single pack of gum.

Books became a big one for me. The bookstore was a whole lot closer and had more books that interested me in it than the library. But, for that, I would steal a book, read it carefully without breaking the spine, then bring it back and steal another one. If I actually really liked a book and planned on re-reading it, I would actually buy it.

In the high school lunch line, I would tuck my flannel into my pants, creating a large pocket that was obscured a bit by my leather jacket. I would just shovel stuff in there, then buy my hot pocket, and then split up my takings when I got back to the lunch table. My lunch table companions were co-conspirators in this, as one would always be in front of me, and one behind, blocking the site lines of any cafeteria workers or others who may be looking to monitor for shrinkage.

I planned on quitting before I turned 18, as that was when things would become serious, but quit a bit short of that when a friend of mine got caught. His punishment was only that they called his parents, but that was enough.

Since then, there was one time that I left a Home Depot, after having purchased 5 hack saw blades. When I got to my worksite, I realized that I actually had 6.