I am interested in finding a straight forward scientific explanation on how a heat pump can push out say 4kw of heat for an input of 1½kw.

Unless there’s extra energy coming from another source, it can’t. Not without, ya know, screwing up the Universe and everything.

Lets start with this [from how Stuff Works]: 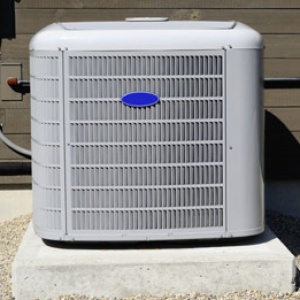 Heat pumps use a small amount of energy to move heat from one place to another. They serve a dual purpose -- they can use that heat transfer to cool a home as well.

That seques right into the How air conditioners work question.

Anyway, remember that the heat is being extracted from the outside environment (or dumped into it during cooling), so while entropy may increase or decrease locally, the entire system (indoors + outdoors) more or less maintains equilibrium, and the Universe survives.
The 1 1/2kw is the energy usage of the pump motors etc. themselves.

*Originally posted by rogerj67 *
**I am interested in finding a straight forward scientific explanation on how a heat pump can push out say 4kw of heat for an input of 1½kw.
**

Where are you getting these numbers from?
First of all, heat is not measured in kilowatts.

Eh…you can measure heat flux in kW, but it’s not really standard. But you gotta find some units to equate - you could ask how a 1.5 kW heat pump puts out 13649 Btu/hr of heat, but that doesn’t really show the desired question - which is how at first, casual blush heat pumps appear to have a 1st Law violation.

Friedo et al: The OP is correct in everything. A heat pump consuming X will remove more than X heat from a room. This ratio is called COP (Coefficient of performance). The units in the OP are correct too.

Now I will leave it to others to explain how a heat pump works. I am feeling lazy today. Don’t make me do everything around here. OK?

Metric countries use COP which makes sense as it is a ratio of two numbers in the same units. The number has no dimensions, it is just a ratio as the OP correctly assumes.

OTOH, Americans, who just like to stick to their old furlongs per pound of fluid ounces use a similar concept: the Energy Efficiency Ratio (EER) which is BTU/Hr/w but if you work out the units you will see it is also a dimensionless ratio. Multiply EER by 0.293 and you get COP.

So, yes, Virginia, Heat pumps do have a COP greater than 1. They are not transforming the energy they receive into heat, they are moving heat from one place to another: Say, the heat pump takes 1Kwh of electric pover plus 2 Kwh of heat from the outside air and pumps a total of 3 Kwh of heat into my room. Why does anyone have a problem with that?

Now, if it took 1 Kwh of electricity plus 2 Kwh of outside heat and only put 2.5 Kwh of heat into my house, then that would be breaking several laws of physics, common sense and the unabridged statutes of the republic of Texas.

A heat pump is machine that uses the refrigeration cycle to produce useful heat. It doesn’t “push out” heat, it moves it from one place to another, just like an air conditioner or a refrigerator. Basically, you have a compressor, a condenser, and an evaporator, and you move heat around by evaporating your refrigerant to get heat into the system, and then put the refrigerant, now gaseous, through your compressor to get its pressure up so that when you put it into your condenser to remove the heat from it you get it back into a liquid state. You have to have a heat source to get more useful heat out of it than you put in, but low grade waste heat isn’t usually to hard to find.

Efficiency wise, the best heat pumps are the ones where
both the heating and the cooling are used. Indoor pools sometimes use heatpumps to heat the pool and dehumidification of the room air. Food processors use refrigeration and preheat water going into boilers.

Also, in case you have small children thinking about this for the first time, you might want to point out that leaving your refrigerator door open will heat up your house, not cool it down.