Help me out with this 70's horror movie

So today I heard of the existence of an old movie called “Ben,” about a rat that leads a pack of other rats. A kid befriends Ben. There is some wholesale slaughtering of rats, and the kid is upset because he loves his vicious rat.

So, is this the same movie that I saw as a kid that scared the bejeebers outta me? It had crowds of rats everywhere, and I particularly remember them eating a baby out of a highchair while the babysitter wasn’t looking, and some flamethrowers, and at the end, when everybody’s happy that the rats are all dead, they’re celebrating in a subway station (why?), and the train pulls in, and there are lots of blue and white balloons, and the train is full of…rats eating the formerly celebratory people! Woo!

Two different rat horror movies, or the same one? Somebody help me! And when you’ve figured that out, there are these other horror film snippets that I recall…

I thought Willard was relatively new–or is it an old movie which has recently been remade?

*Originally posted by Mephisto *
**I thought Willard was relatively new–or is it an old movie which has recently been remade? **

It was remade last year with Crispin Glover, but the original was made in 1971.

I didn’t know. Thanks. And happy new year!

Since the question has been answered, how about The Hills Have Eyes, I have fond memories of years gone by when horror movies were comedies in disguise.

IMDB isn’t giving me a lot of info on Willard, so I can’t tell if it’s the same one. More info, please? Ben appears to be a sequel to it, so they are related.
As long as we’re moving on…
Other scary scenes I recall include one where two kids, a girl and a boy, are in a car while a guy tries to get at them through the slightly open window. I think he scares one kid to death or something; I just remember him waving some random tool shape at them and one being dead.

And there was one where a girl was being tortured or something by a guy wearing a witch doctor mask–he was drawing lines on her belly with a knife and then showing her wierd little objects that had been dipped in her blood. I think.

It’s definitely not Willard and I’m sure not Ben. This movie is from 1983, but seems to match your description as best as I can remember it.

*Originally posted by Julius Henry *
**It’s definitely not Willard and I’m sure not Ben. This movie is from 1983, but seems to match your description as best as I can remember it. **

Just when you think you’ve seen everything - “Dachshunds were dressed up as rats for the special effects.”

Food of the Gods? 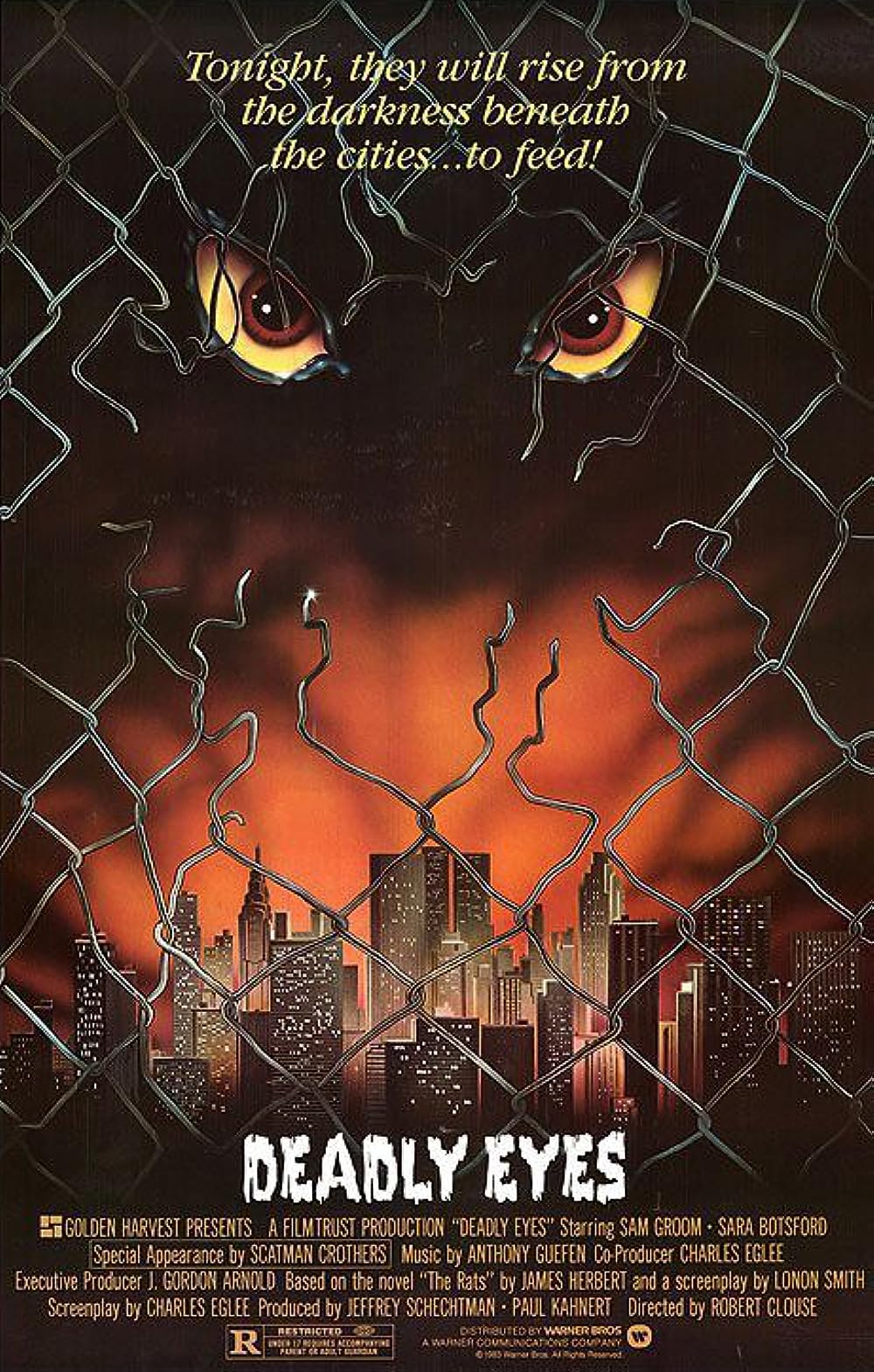 And 'Food of the Gods was set in a rural Maine community IIRC. On an island, I think…

Willard is the title character. His pet rat is Ben.
The song Ben, by Michael Jackson is from the film.
Yes, it’s a love song to a pet rat.

‘Deadly Eyes’ looks to be right; the bit about the new subway fits, and I do remember the rats being pretty daschund-sized. Thanks everyone for helping me find some utterly useless information!