Found this rock on a recent trip to Tofino (Vancouver Island) along the beach. The little white bumps (quartz?) stick out further than the smaller, blueish bumps. 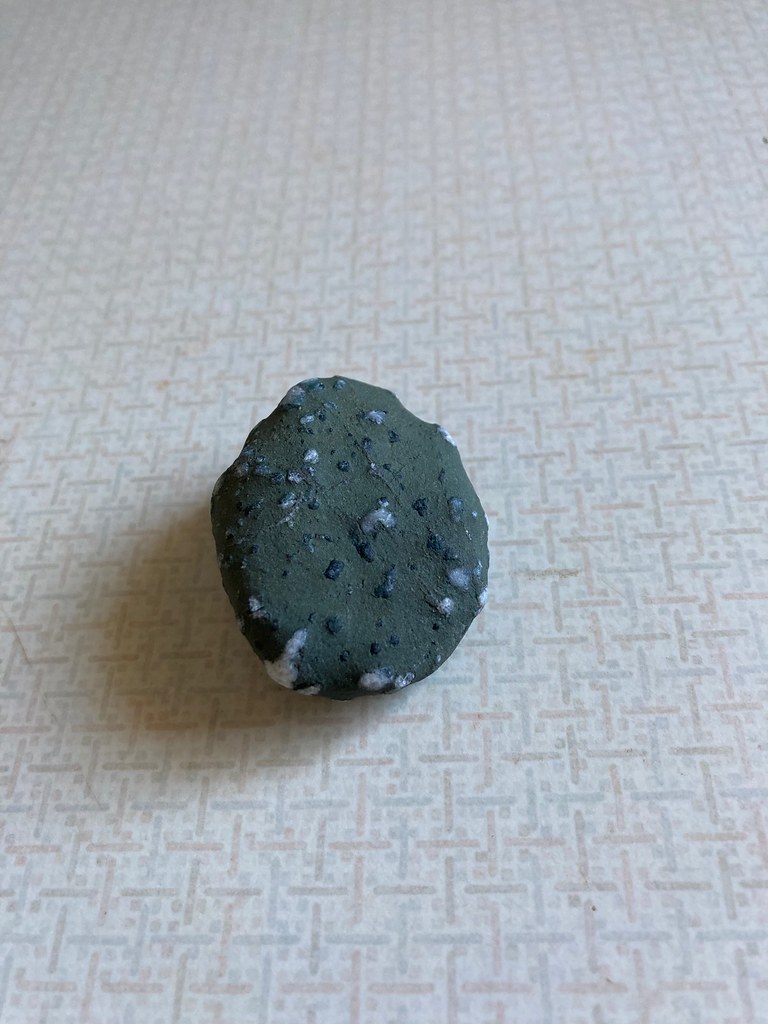 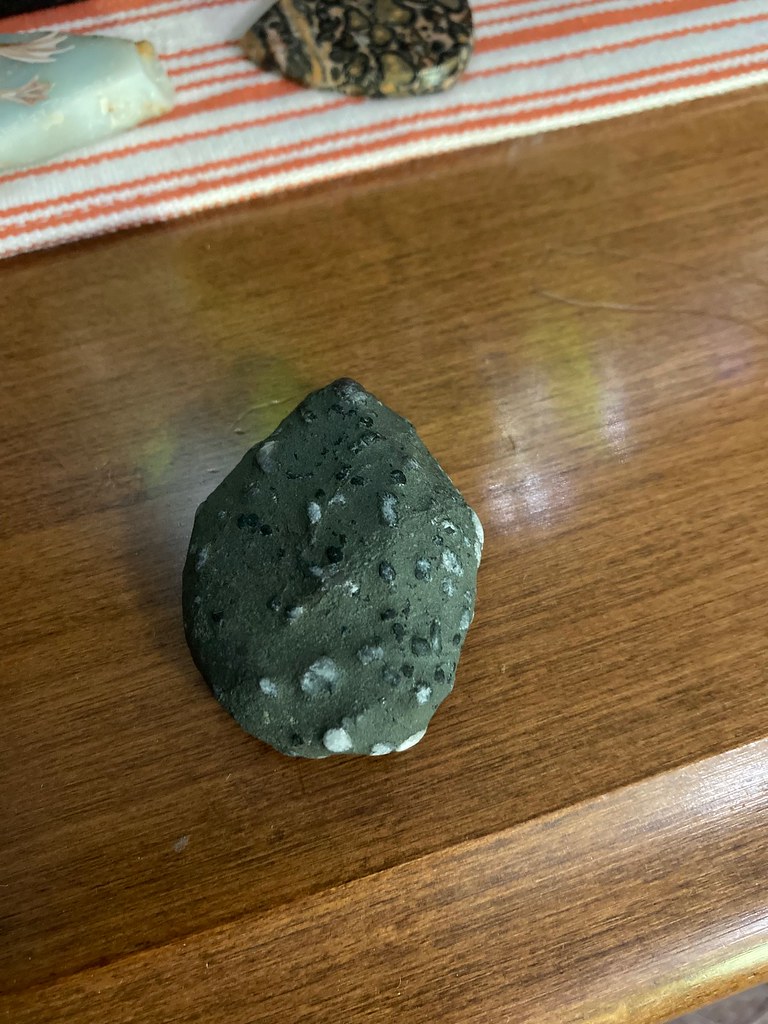 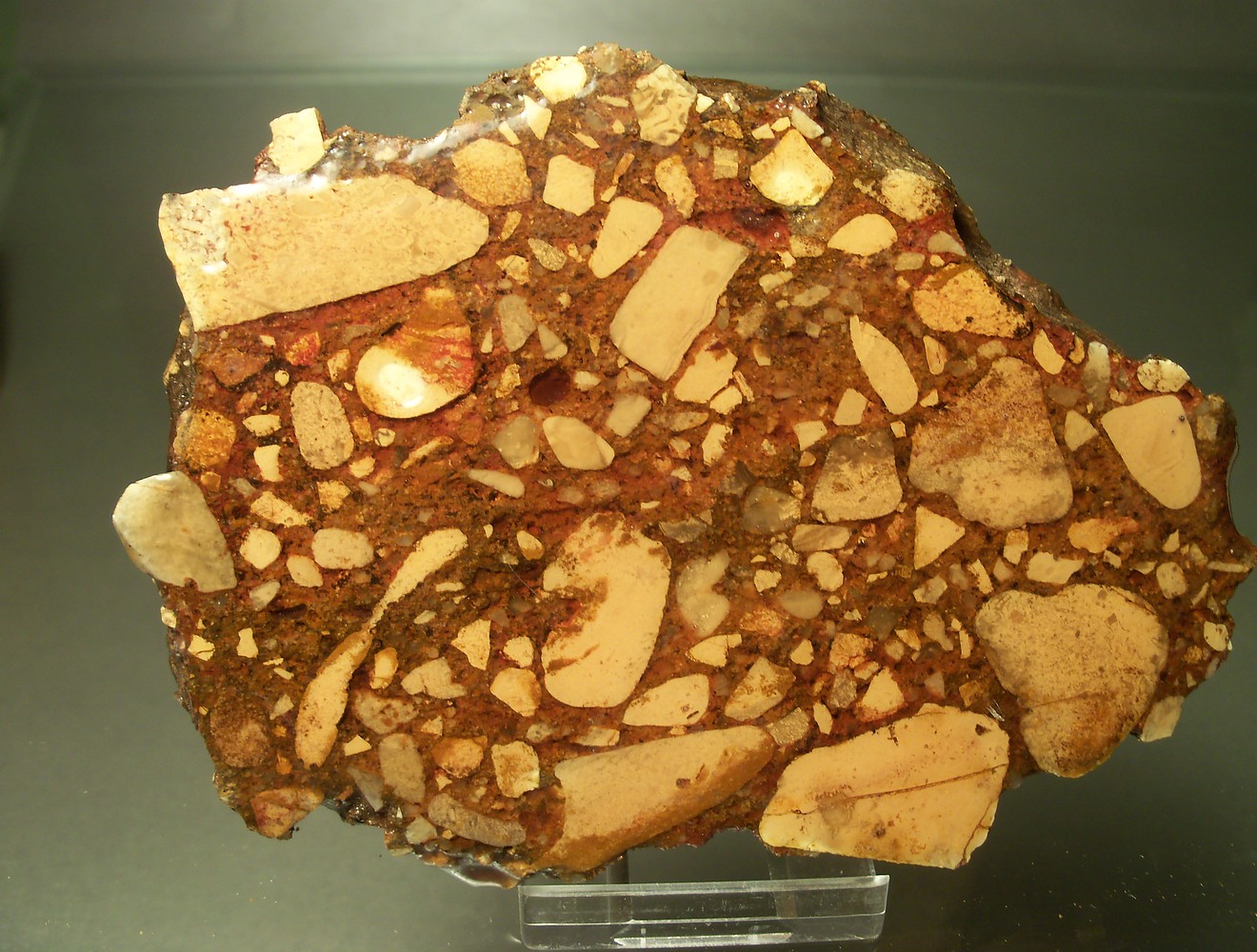 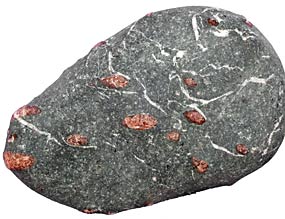 Vancouver Island is famous for Dallasite, which is derived from pillow basalt.

Pages for logged out editors learn more Dallasite is a breccia made of subequant to rectangular or distinctly elongate, curvilinear shards that represent the spalled rims of pillow basalt (see: Hyaloclastite). This material is commonly partly altered to chlorite, epidote, quartz and carbonate, for which the local term 'dallasite' has been coined. The stone dallasite is named after Dallas Road, Victoria, British Columbia. It is considered the unofficial stone of British Columbia's capi...

OK, some basics:
Not a conglomerate, some of the clasts/crysts are decidedly blocky, so it would be a breccia if it was sedimentary.

However, I don’t think it’s originally sedimentary, just at a glance. My gut’s saying it looks like it was originally some sort of phenocrystic or amygdaloidal basalt, picrite or similar extrusive that’s been metamorphosed. Not a pillow basalt breccia like Dallasite, there’s too much matrix and too many smaller phenocrysts, not a lot of pillow fragments (those would be crescent-ish or otherwise broken bits). But it’s undergone similar metamorphism, to the point where I can’t tell if it was originally a crystalline matrix or a tuff-type one just from those pictures, but it looks like there’s definitely been some recrystallization.

I also can’t tell what the dark or light crysts/clasts/amygdales are very easily from the photos, though. Close-up in-focus pics of just those bits, like the blocky dark one SW of center in pic 1, or the round light one on on the extreme South edge of pic 2, would help.

I tried but I can’t get a better picture of it. If you click on the pictures it takes you to flickr and you can zoom in from there. The friend I was with studied geology and couldn’t decide on what it was. But she did say “oh, I wish I’d found that”. So I know it’s neat!

It’s very cool! Does it seem heavy for its size? Or light like a pumice stone

I would say a bit heavy for its size.

I did zoom in on the flickr pictures, but they’re not that detailed. It’s hard to see cleavages or the details of the matrix.
Other questions I can think to ask:
Can you scratch the white crystals with a knife blade? Up close, do the dark masses have well-defined edges and cleavages, or are they more disordered in structure? Does the matrix have more of a crystalline or a granular texture? How easily is it scratched?

It’s not a kimberlite. There would be garnets, olivine and micas as phenocrysts, and the dark phenocrysts don’t look like any of those.