History Of The Super Rich In The US

It’s no secret that the top 1% in this country have been getting a lot of attention recently. I’m wondering how today’s super rich compare to the rich and super rich of our nation’s past.

I’m aware of some huge plantations early in our history as well as the Carnegies, Rockefellers, etc. But were the super rich always so MUCH richer? Were there more super rich or fewer (today there are more than 1000 billionaires in this country -from CNBC.com)? Did they make their money the same way as today’s super rich? Did they spend/invest it in the same way?

I know this isn’t an easy question to broach, even for Dopers. There are factors to deal with like inflation, historic GDP, the poverty rate, the tax code, etc. In general, I’m looking for a picture of how today’s super rich compare to those of yesteryear.

Oh, and I’m very aware of the statistics concerning the last half century or so. I’m more interested in our history from the 1950s looking back. I mean, what were the lives of the super rich in the 1830s like? The 1790s?

The rich today don’t even compare to the rich in years past, when measured as a percentage of GDP:
http://money.cnn.com/galleries/2007/fortune/0702/gallery.richestamericans.fortune/index.html

The rich today don’t even compare to the rich in years past, when measured as a percentage of GDP:
http://money.cnn.com/galleries/2007/fortune/0702/gallery.richestamericans.fortune/index.html

great post!
I love the dope!
“hard even for dopers”: difficult is done immediately, impossible takes a little longer.

John D. Rockefeller was worth 1/65 of the entire US GDP…
wow. and back then there were far fewer limits and taxes on the wealthy. No wonder the anti-trust laws were passed.

I wonder how much building the Biltmore Estate would cost today. Vanderbilt sure had lots of cash to throw around.

I would not equate “super rich” and top 1% and then think of that group all in terms of the Carnegies, Rockefellers, and Gates.

John Hancock and George Washington were among the wealthiest few people in colonial America. The gulf between Washington’s fortune and that of, say, John Adams, would be equal to the difference between Romney and Obama. And Obama is well off by any normal standard.

In the 19th Century, when John Jacob Astor became the country’s first millionaire, a worker might earn a dollar a day. A hundred years later, when the social set were throwing around hundred dollar bills in speakeasies, half the families in America were living on less than $1500/year.

When people talk about the rise of the super wealthy, they choose a supposedly arbitrary baseline of the period after WWII. That’s not arbitrary. It’s chosen deliberately because the ratios between CEOs’ pay and their workers’ pay were at their lowest. The 50s are not the normal that we can compare ourselves against: they were the most aberrant decade of the century in many ways.

There’s a fascinating social theory called the J curve of rising expectations. In simplest form it states that the absolute difference in quality of life - money, freedom, job security, whatever you name - doesn’t lead to revolution, with revolution defined in the broadest sense as a call for major social change. It’s only when people see real hope of change, when their expectations rise but are not fulfilled, that the serious grumbling and agitating starts. The curve that shows low expectations over a long period of time with a sudden upturn at the end looks something like a backward J. (In climate science a similar uprising is called the hockey stick model.) The civil rights era started in the 50s when blacks were objectively better off than they had been, but saw a chance for true equality for the first time.

Although we’ve had zillions of movements - from the populists to the socialists, from the progressives to the communists, from the hippies to the teapartiers - agitate over the years, they’ve all come in relatively good times, but times when other people seemed to be doing so much better that they felt they could never get ahead in the way that others seemed to. The Depression had some of this but much less than any radical prognosticator would have predicted. Most people didn’t see hope of change and just endured.

The super rich have always been miles above the average worker. They always will be. People only care and comment when it seems that their own lives are not increasing at the expected rate. We’re in such a period today. To a good first approximation the rich make money the same way - creating a wildly successful business; spend wildly the same way - homes and yachts and planes and private islands; give it to charity in the same way - huge amounts to trusts and foundations as well as donations; and create rich, pampered, parasitic children in the same way. None of that has ever changed in our history.

great post!
I love the dope!
“hard even for dopers”: difficult is done immediately, impossible takes a little longer.

John D. Rockefeller was worth 1/65 of the entire US GDP…
wow. and back then there were far fewer limits and taxes on the wealthy. No wonder the anti-trust laws were passed.

I once saw a list of the richest people in all of history. Including everyone from the great kings and emporers of the past through the billionaires of today. And a huge number of the very richest of that list are the American “robber barons” of the late 19th century. That was a time where you could become richer than ever before or since, if you were talented/smart/lucky.

Standard Oil during its heyday monopolized the petroleum industry the way Microsoft Windows did with PCs.

I once saw a list of the richest people in all of history.

Here’s some lists adjusted for inflation: 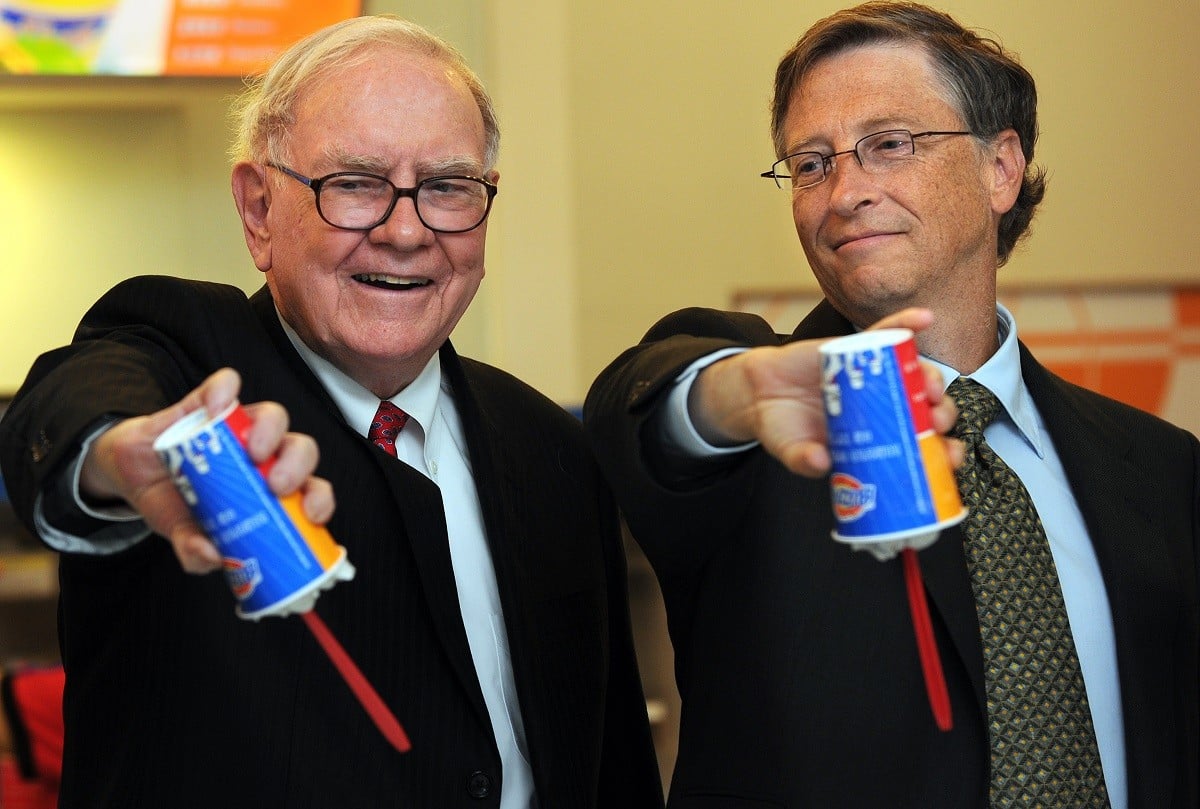 The 40 Richest Americans Of All Time – Inflation Adjusted

America is the richest nation in the world. Today, The United States has more millionaires and billionaires than any other nation. Americans control o... 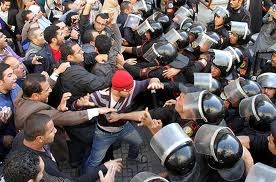 The Erosion of the Middle Class

With the revolutions in Egypt, Tunisia and elsewhere in the Middle East fresh in our minds, we have to ask ourselves what inspired such dram...

Only back to 1913, I can’t find anything for the Gilded Age.

Any inkling who were the “richest” when the colonies were just getting started? I assume whoever thought to run a bank in the new growing towns, and some import merchants. By the revolution, owning a large plantation was a good source of wealth, and of bedwarmers.

^
That might be doing it wrong. Suggest looking up the start-up industrialists in the 19th century. Heck, many of them started out in the 20th century even.

Such great responses! I love the list, beowulff, I just wish it was a top 50 or 100 list. Interesting take on it, Exapno.

Keep the info coming! I’m also curious about the early colonists. Were any colonies particularly more wealthy than the others? Did that cause early political problems? I know early colonies were prone to arguments -usually over land.

ETA: By colonies, I of course mean early states. But if you want to go pre-1776, that’s fine too!

Yes, we imagine the wealthy sitting back in England parcelling out their royal land grants and pocketing the proceeds, while dirt-poor types hopped the miserable ships for a voyage to a land where they had to clear giant trees off acres and acres by hand to get a ploughable field. When did some rich guy decide “I’m going to take my bag of gold and go to America”? Or did somebody open a whisky business or a bank and after a few years become the first person able to build a mansion on a hill overlooking town?

To attract settlers in large numbers, he wrote a glowing prospectus, considered honest and well-researched for the time, promising religious freedom as well as material advantage, which he marketed throughout Europe in various languages. Within six months he had parceled out 300,000 acres (1,200 km[sup]2[/sup]) to over 250 prospective settlers, mostly rich London Quakers.

In broad terms, this was repeated many times. The King awarded land, which they weren’t making any more of in England, and people jumped at the chance even though it was an a colony. You could sell off lots, start a farm or plantation, or found a community. Or all the above. The unlimited opportunities attracted tens of thousands a year. The U.S. had 4 million in population in the first, 1790, census so that’s a lot of immigrants even when native births are factored in.

Although England prohibited the colonies from building manufacturing plants that would compete with English factories, native industries like whaling and fishing, boatbuilding, tobacco, and rum were making fortunes before the split. We like to think that America was founded solely on religious freedom, but that’s sententious nonsense. It was founded by sharp operators who saw whatever the equivalent of dollar signs were in the many currencies used.