Homemade Rootbeer was a disaster!

Last year, I spotted some root-beer extract in the grocery store and happened to look at the back. It had a recipie for home made rootbeer. When the weather got warmer, I bought a bottle, along with the ingredients (5 gallons of purified water, 1 lb sugar, 1 lb dry active yeast) and made myself some rootbeer. The quantity was so great I had to mix it in a (sterile) bucket and let it ferment in sterilized 2 liter bottles. After letting it ferment for 3 days, I tried it, and it was awful! I thought maybe it wasn’t completely fermented since it was barely carbonated; I let it sit for a few more days but the taste got worse and worse; the stuff also gave off this vile stench of sulfur. Anyone made homemade rootbeer? What did I do wrong?

I didn’t think root beer was made by the same process that “real” beer was made (i.e., a fermentation process). I thought it was just sugar water with flavorings added and some kind of foaming agent. That recipie’s certainly not how the store bought stuff is made is it? Do you still have the recipie?

That’s a VAST excess of yeast ! You probably encouraged the yeasties to consume each other after they ate ALL the sugar in about two minutes flat. Fermenting proteins can cause some pretty rank smells.
Perhaps your recipe said 1p (meaning package) of yeast and you read it as pound ?
This recipe for 4 3/4 gallons of root beer calls for 1/2 teaspoon of yeast. That’s MUCH more reasonable.

From now on your board nickname is “The Yeastmeister”. I can only imagine what it must have tasted like. Didn’t 1 lb of dried yeast cost some serious $$?. 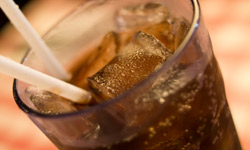 What is root beer?

What exactly is root beer? Check out this article to learn all about root beer, how it's made, and why it's called "beer" in the first place.

In the case of root beer, the flavoring comes from the root of the sassafras tree or the sarsaparilla vine. Originally, the root was brewed like a tea to make an extract, but now it is much easier to buy the extract ready-made.

The root beer extract is mixed with sugar, yeast and water. If this mixture is placed in a tightly sealed bottle, the yeast will generate carbon dioxide at a high enough pressure to carbonate the water. You end up with fizzy, delicious root beer!

This recipe also says “1 packet of yeast” for a 5 gallon brew up.
http://recipes.alastra.com/drinks/root-beer01.html

I remember seeing a recipie once that called for dry ice…

Geez I’m sorry that was a mistake there was 1 lb SUGAR I meant to say one PACKET (1/4 dry oz) of yeast…sorry!

I didn’t (think) I put too much yeast…I followed the recipie as close as possible.

And for those who don’t know, the yeast eats the sugar and makes carbon dioxide as waste, making it fizzy.

In the case of root beer, the flavoring comes from the root of the sassafras tree or the sarsaparilla vine.

Much of the flavor of genuine sassafras is from a compound called safrole, which is illegal to use in commercial food and beverage products in the U.S. because it is a potential carcinogen. Safrole-free sassafras extract is available, but people in the know claim it doesn’t taste nearly the same.

Your root beer might have gotten “infected” somehow, it happens even to the best homebrewers. I used to make root beer with a similar recipe when I was a teenager and it always tasted like crap. A lot of the bottles used to explode too.

If you can get a book on homebrewing it will tell you how to heat the root beer to sterilize it and add the yeast after it’s cooled. Try some better ale yeast from a homebrew store, the grocery store yeast for bread usually makes lousy beer.

I had the same problem as you incubus. We made some rootbeer in my chemistry class. Followed the recipe to the T. However it tasted gross without any carbonation after a week of fermentation.

My homebrews came out consistently a lot better when I’d rinse all of my equipment down with iodine before getting started. Most home brewing stores sell iodine rinses for just that purpose.

If your root beer gets infected with bacteria it can kill the yeast and eat the sugar itself. My friend does some home brewing and reccomends rinsing the vat and bottles with a chlorine-based disinfectant before using them.

i made some root beer about a year-and-a-half ago. i and my friends bought a coupla cases of bottled beer, emptied the bottles as we saw fit, and filled them up with root beer mixture.

note- i do NOT recommend doing this. reusing beer bottles could have been an unmitigated disaster. i was lucky enough that only four bottles exploded, and they were kept by the furnace in the laundry room. so no one was spattered with high-flyin bits of broken glass.

but to get back to the point, Incubus, your problem seems to have been opening the brew after only three days. i brewed mine (according to the label on the little bottle) for two weeks.

if you opened up the rootbeer, exposed a sugary rich mixture to the outside air, and exposed some lovely anaerobic creatures to some oxygen, it’s no wonder your root beer wound up tasting like a, uh, boot rear.

…
god that was awful. i really need an alcoholic root beer!

*Originally posted by friedo *
**If your root beer gets infected with bacteria it can kill the yeast and eat the sugar itself. My friend does some home brewing and reccomends rinsing the vat and bottles with a chlorine-based disinfectant before using them. **

The guy that sold me my homebrewing equipment also said that chorine based disinfectants can taste funny, which is why he was hawking the iodine-based stuff. I took his word for it, but I’ve always been curious about whether or not he was just boosting sales, or if he was right. Not to hijack (too much), but can anyone comment on which disinfectant is actually best, taste wise, or if it matters?

I’d recommend not using backing yeast, but instead use some kind of brewer’s yeast. yeast can have a big impact on flavor.

*Originally posted by Mighty Maximino *
**The guy that sold me my homebrewing equipment also said that chorine based disinfectants can taste funny, which is why he was hawking the iodine-based stuff. I took his word for it, but I’ve always been curious about whether or not he was just boosting sales, or if he was right. Not to hijack (too much), but can anyone comment on which disinfectant is actually best, taste wise, or if it matters? **

Well, you shouldn’t taste any disinfectant, because you should wash it out of the bottles with water first.

My friend who, like me, is and experienced homebrewer once left a bottle of her own root beer on my desk chair at work. It was two days before Christmas.

I was gone for two weeks.

The bottle exploded at some point, with shards of glass flying in all directions. The cubicle, chair, desk, computer, and keyboard were soaked with root beer. There were little splinters of glass stuck in the corkboard over my desk. There was a chip taken out of the screen of my computer monitor. I thank God no one was near when it happened, or worse still, picked up the bottle to take a look at it when the pressure had built up.

When regular homebrewed beer is bottled with live yeast, the yeast ferment some of the unfermented sugar in the beer, make CO2 which carbonates the beer, then the yeast have the good sense to go into dormancy, in part because of the strength of the alcohol in the beer. When yeasties are in a bottle of root beer, there is usually a fair amount of sugar present, and little to no alcohol to inhibit the yeast, so they run the risk of REALLY building up pressure, which is why exploding bottles are so much more common with homemade soft drinks than beer. Homebrewing guru Charlie Papazian strongly advises not bottling homemade soda at all, instead kegging it in a keg with a valve that will automatically release pressure as it builds up.

So I’m curious, does this homemade rootbeer contain alcohol and, if so, how much?

I’ve brewed beer. The combination of water, sugar, and yeast spells alcohol to me. (And call me a beer purist, but using sugar instead of malted barley sounds like it would be disgusting.)

Could it be that the yeast in a bottle of root beer go into dormancy due to high pressure before any significant amount of alcohol is produced?

Or maybe the root beer maker is supposed to refrigerate the root beer when it is sufficiently carbonated, but before fermentation occurs. Does anyone know?

i don’t believe the carbonation will occur until after alcohol has been rpoduced. the amount of alcohol, i don not know.

anyway, the root beer i made was alcoholic. and meant to be so.