It almost seems impossible to avoid war with Iran and the middle eat. The clip of Iran stockpile of nukes leaked out week ago and Iran detaining of two U.S. ships!!

And Iran supporting and giving money and weapons to terrorists groups!!

And conflict in the middle eat and terrorists in France and growing of instability of Islamist attacks like, Terrorist attack in Burkina of gunmen armed with heavy weapons attacked restaurant and Splendid Hotel and 28 people were killed well 56 were wounded and a total of 176 hostages!!

Al-Shabab terrorists attack an African Union base in El-Ade. 63+ killed, several injured, in the 2016 Istanbul bombing an ISIS suicide bomber kills 10 tourists and injures 15 more in the historical centre of Istanbul, in the January 2016 Paris police station attack an Islamist from Morocco wearing a fake explosive belt attacked police officers with a meat cleaver.He was shot dead.

A suspeceted lone wolf terrorist of Tunesian descent rammed his car on troops guarding a mosque, A gunman opened fire on a group of local residents who were visiting a viewing platform at the fortress in Derbent, Dagestan, southern Russia, killing one and injuring 11. ISIS claims responsibility, December 25, 2015 – In the 2015 Rajshahi mosque bombing an islamist suicide bomber detonated an explosive killing himself and injuring up to a dozen members inside an Ahmadiyya mosque, December 24, 2015 – 150 militants from Bangsamoro Islamic Freedom Fighters (BIFF) raided several locations in southern Philippine island of Mindanao, including the town, A Jewish history teacher was stabbed in the arm and leg by three Islamists in Marseille, A Malaysian national is beheaded by Abu Sayyaf in the southern Philippines.

In the 2015 Ankara bombings 102 people were killed and over 400 others injured. According to two high ranked sources in the Turkish security forces ISIS is most likely responsible, October 3, 2015 – A Japanese man was shot and killed in a similar fashion to an Italian aid worker killed 4 days earlier. The attack has been claimed by ISIS, August 21, 2015 – 2015 Thalys train attack Shooting and stabbing in train traveling from Amsterdam to Paris injures 5.The incident is believed by French police to be an Islamist terrorist attack.

All these seem to be cause of religious extremism of Islamist faith vs western culture. No clear cut on how to stop war and conflict. The 90’s was bad but it seems worse now and not getting better but much worse.

How can we stop war and conflict? :(

It is obvious we are not going to do away with the western culture. So what can be down.

It seem if we had the crazy Donald trump voted in power we would have ww3 in no time.:eek::eek: How can we stop war and conflict?

We don’t. Seriously, it’s part of our nature.

Despite how it looks the world has actually never been more peaceful. We’ll probably never stop war and conflict but we’re heading in the right direction.

This covers it to some extent: 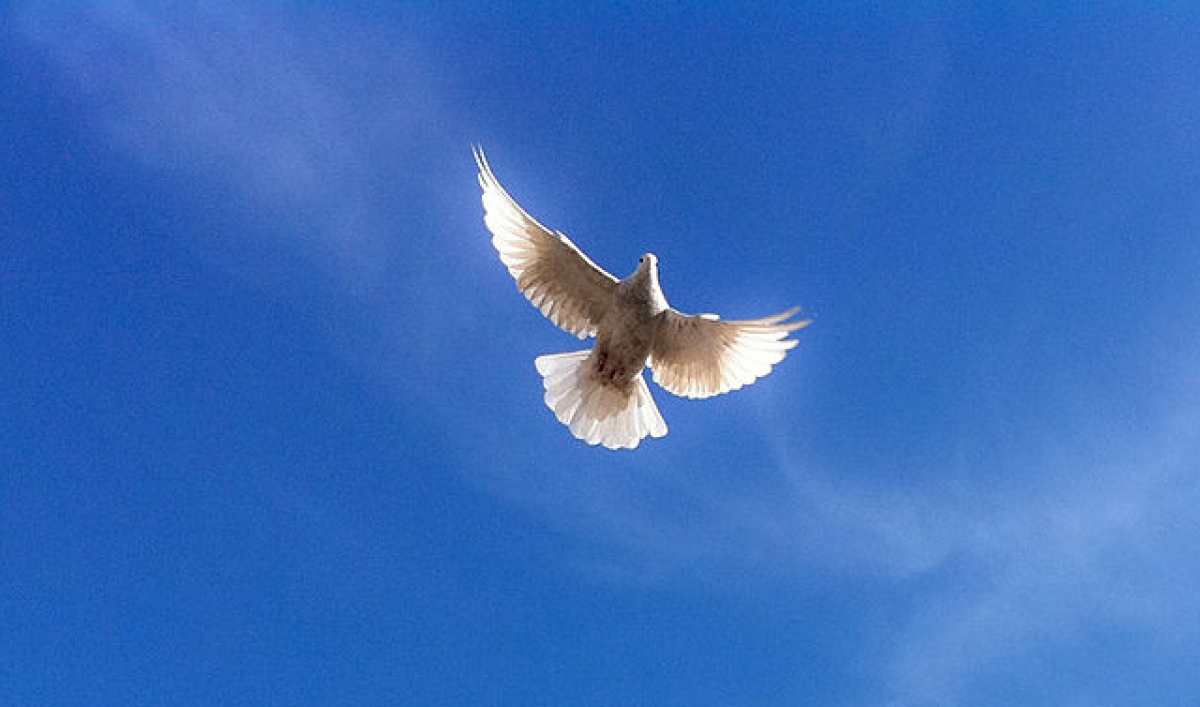 The world is actually becoming more peaceful — believe it or not

New research suggests that, despite this summer's headlines, the world is actually more peaceful today than in recent history.

Get everybody really, really stoned. Or dead.

Realistically: we can’t
Hypothetically: get rid of the corporations and politicians that start the wars

Short of genetic engineering, we can’t. Our ancestors were much more warlike before there ever was a “politician or a corporation”. There has been an ever decreasing amount of violence in our species over the centuries, so take solace in that-- but it’s not going to Zero.

The way to avoid war with Iran is to not put any fucking morons in charge of the US. We might not like Iran, but they are something we can live with - detaining and then releasing the crew of a couple of military boats after they strayed into Iranian territorial waters doesn’t make them dangerous loose cannons, and both major terrorist groups would sooner murder the Iranians as apostates than ally with them.

Short of genetic engineering, we can’t. Our ancestors were much more warlike before there ever was a “politician or a corporation”. There has been an ever decreasing amount of violence in our species over the centuries, so take solace in that-- but it’s not going to Zero.

You can’t fight a war without a politician.

Two small tribes or two small groups can fight each other, but for a war, you need a politician. Or, a king/dictator.

Just because we are hard wired to be violent does not mean we can’t prevent wars. Well, in today’s world we can’t. I’m looking to the future, however. I think a world with out war is possible.

IThe clip of Iran stockpile of nukes leaked out week ago

Those ships - and the sailors on them - were promptly returned.

The risk of an American war against Iran has been steadily decreasing for quite a while now.

Those two ships for whatever reason wandered into Iranian waters and being detained is the logical outcome of that. If Iranian ships had wandered into our waters we would have done the same.

No one was hurt and it was sorted out rapidly. Apparently there was a navigation problem with the ships and no malice intended. End of problem.

There is a lot to be concerned about in the world, that incident could have been one of them but isn’t.

I think we should pursue the OP’s suggestion and throw more exclamation points at the problem.

It almost seems impossible to avoid war with Iran and the middle eat. The clip of Iran stockpile of nukes leaked out week ago and Iran detaining of two U.S. ships!!

And Iran supporting and giving money and weapons to terrorists groups!!

All these seem to be cause of religious extremism of Islamist faith vs western culture.

Iranian nukes? That would be world news. To date, Iran has not developed nuclear weapons; it is not even clear whether they ever intended to. Ask the CIA.

Iran supporting terrorists is a meme often used by US politicians; however, it is mostly untrue, and/or depends on your definition of ‘terrorist group’, and/or is something the US doesn’t shy away from itself. Could you name any?

The problem is that all incidents and conflicts you mention each have very different causes and are occurring in differing circumstances, but are lumped together as one phenomenon. Which imho they are not.

Stopping war and conflicts is probably impossible, as they are ingrained in human nature.

Conflicts, however, can be resolved either with or without violence. Assuming you are American, I take it you are well aware of a pervasive American attitude towards violence, i.e., as something good, manly, and a panacea = a cure for every problem. That doesn’t really help.

Like zirimiri I also need a cite for those Iranian nukes from the OP.

As others pointed we are doing much better really in the matter of world peace, the OP needs to get some perspective.

We live in the most peaceful time in human history. Wait, what? Seriously? That can’t be right, there are more wars than ever! Well, no and they’re killing fewer and fewer people, even though the world population is at an all-time high…and the numbers prove it! We explain how we came to this conclusion, and why war might… go away.

Yes there are nasty conflicts going on in many places but overall, things are getting better.

And we can make them even better by speaking up for peace and democracy.

Both North Korea and Iran have nukes. But North Korea lack the delivery system to reach the US.

Iran nukes can reach Israel but is is debated if the delivery system could reach the US.

Both the Iran and North Korea are on technological development of 40’s.

Both countries hate the US and want the US ripped out.

North Korea for the US war on communism and US imperialism. And Iran the US for support for Israel and western society that conflicts.

Both North Korea and Iran have nukes.

Care to back up that statement?

And, uh… Do you realise that practically no one else in the world believes this? Not the Americans, not the Europeans, not the Israelis, not the Arabs, not the Chinese…?

It seems odd to make the bigger question about war all about Islam vs the west. IN the last year there was:

To try and make all inter-group violence about one issue takes cherrypicking the data.

Both countries hate the US and want the US ripped out.

North Korea for the US war on communism and US imperialism. And Iran the US for support for Israel and western society that conflicts.

Yes, I’m sure overthrowing their elected government and installing a hated dictator had nothing to do with it. They just don’t like our blue jeans.

Both North Korea and Iran have nukes.

Iran does have nukes.

Iran does have nukes.

I suspect that you are missing the word “not” in that sentence.

If my suspicons are incorrect, I would be grateful for a cite.

By evolving into teddy bears.