How did the world decide on 18 as the age of adulthood?

How did we come to agreement that 18 is the age of adulthood in much of the world? Why not 19 or 20? Why not 16 or 17? Or do you wish to fight the premise entirely, because now in the US, you can’t drink alcohol or smoke cigarettes until you turn 21?

Well, in some places it is 16 or 17 or 19 or 20. Most countries have tended to fix on 18, which about is the age at which people tend to leave school and go into the full-time workforce or proceed to higher education, so it’s a reasonable proxy for a transition in life and responsibilities.

It’s also the case that most countries don’t have a single age that will apply for all purposes - e.g. you may be allowed to obtain a driving licence at 16, to enlist in the military at 17, to vote at 18, to marry without parental consent at 19, to buy alcohol at 21. Which of these is the “age of adulthood”?

And one marker of ‘adulthood’ - the age of criminal responsibility, when childhood innocence to differentiate right from wrong no longer applies, and you may even be tried as an adult - is a whopping 14 years [UN recommended minimum; some Australian jurisdictions have it as low as 10!].

some Australian jurisdictions have it as low as 10!].

Well Aussies are born criminals…/sarcasm.
It used to be eight at common law if I recall. Looks like they haven’t increased it much. 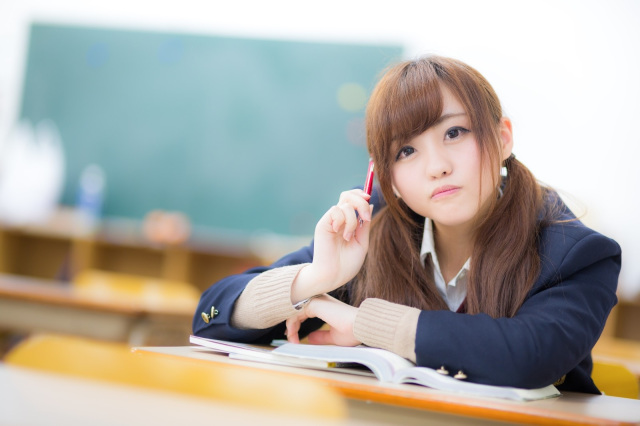 Japan’s legal age of adulthood dropping by two years, but do teens understand...

Earlier this month, Japan celebrated Coming of Age Day, holding congratulatory ceremonies for people who recently or will soon be turning 20, the age of legal adulthood. However, that numerical turning point is going to be changing next year. In...

In Judaism, you become a man or woman at 13. Though in actual practice, I’ve never known that to be the case.

I’ve heard of a couple of cases. Their parents freaked.

When I was growing up the age of adulthood was 21. 18 was too young to vote, or drink, or be responsible for debts or contracts. It wasn’t that bad though, luckily we were old enough to go die in a foreign land fighting in a pointless war.

Fir religious purposes, yes. You count toward a minyan after that age.

As a matter of practice, you’re not an adult until you have your medical or law degree.

It has always galled me that in the USA at 18 you are not old enough to buy alcohol, or rent a car (in some jurisdictions), but you are old enough to be forced to fight in a war. The simple fact is that the age of adulthood gets arbitrarily assigned as it is convenient to the powers that be.

Another hypocritical horror is the age at which crimes are prosecuted under adult penalties. When minors are charged as adults - and therefore subjected to harsher sentences in crueler institutions - they are overwhelmingly kids with darker skin colors. Several studies have shown this is the only differentiating marker of “adulthood” these kids share.

I was completely on my own at the age of 17. In the US I couldn’t sign a lease, or sign a vehicle loan, or any of a hundred other necessary things for living independently, but I was old enough that my parents couldn’t be penalized or required to provide for me.

Worst of all though, is that there are areas of the US to this day where a child (let’s face it, almost always a girl) as young as 12 years old can be legally married if her parents consent to it.

There can be no question that the laws need to be consolidated and a consensus which avoids the creation of insurmountable conflicts must be found. IMHO the answer is 18. As much as I would like it to be 21, the societal tolerance of abusive parents requires that we give kids a chance to get out sooner than that.

A 12-year-old girl can get married in Massachusetts?! I would have thought Mississippi.

For hundreds of years of English common law and statutory law in the United States, the age of majority was 21. It was only until the early 1970s and the Vietnam War which caused states to lower the age to 18 under the theory, while equitable if not logical, that a person old enough to fight in a war should be considered an adult and treated as such.

That brings up the next question of, why 21, but I’m not sure of the answer to that.

There’s another right not covered so far in this thread: the right to consent to medical procedures without parental approval. In Oregon here, that age is 15. This came recently when some antivax parents (virtually always mothers, at least in the news) stenuously objected to their kids getting vaccinated for COVID.

That brings up the next question of, why 21, but I’m not sure of the answer to that.

For a long time, growing up was conceived of as being in three roughly equal stages:

Up to the age of about 7 you were an infant, living at home and learning the basics of life and human relationships.

From 7 to 14 you were at school or engaged in some kind of formal education. Your world widened beyond your family and new authority figures - teachers, clerics - became significant in your life.

At about 14 you were considered ready to embark on adulthood, but not yet as an independent adult. Boys, typically, could marry from the age of 14, but even if married would not head their own households; they would continue to live with their parents in an extended family. Or, remaining unmarried, they would embark on an apprenticeship and learn a trade while living in their master’s house, and under his authority. An apprenticeship was typically seven years.

At 21 your apprenticeship was completed, and you were generally expected to be sufficiently mature and sufficiently experienced to be ready to embark on life as an independent and at least potentially self-sufficient adult.

There must be some classical influence as well:

TUBERO, in the first book of his History, has written that King Servius Tullius, when he divided the Roman people into those five classes of older and younger men for the purpose of making the enrolment, regarded as pueri, or “boys,” those who were less than seventeen years old; then, from their seventeenth year, when they were thought to be fit for service, he enrolled them as soldiers, calling them up to the age of forty-six iuniores, or “younger men,” and beyond that age, seniores, or “elders.”

I have made a note of this fact, in order that from the rating of Servius Tullius, that most sagacious king, the distinctions between boyhood, manhood, and old age might be known, as they were established by the judgment, and according to the usage, of our forefathers.

This is still the tort standard in my state (with the upper limit at 18 to reflect the modern age of majority). At common law, I suppose someone as young as seven could have been executed, but I don’t know if that ever happened.

Alice Glaston was hanged in 1546 at Much Wenlock, reportedly at the age of 11. We know this from her burial record. The record does not say what she was convicted of.

Actually, it’s 14 and has been true for decades. Very useful for abused kids who want medical or counseling services.they