How fast can a cat whomp something, and are they lefties or righties?

This one seems to be right-handed.
www.youtube.com/watch?v=CSK1D3bZhRs

Tag-on comment for consideration: I was thinking about this, but figured it couldn’t exist: drum-roll fast repeated cat kicking.

Cecil on the topic 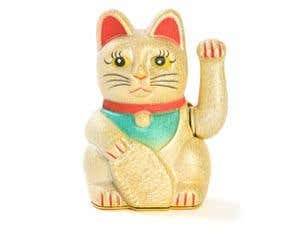 Is your cat left or right pawed?

Like humans, cats tend to prefer one paw over the other when tackling tricky tasks, find researchers

Tag-on comment for consideration: I was thinking about this, but figured it couldn’t exist: drum-roll fast repeated cat kicking.

I’ve known several cats who would kick like that when that heel was very gently touched. Used to do it to one beloved favorite every once in a while for giggles. With that in mind, I think the video’s real, and the cat learned the noisemaking-doorbanger trick with human guidance.

I couldn’t find a really good article on the subject, but I think there is a deep suspicion that handedness is related in someway to molecular chirality. For example, IIRC, most amino acids used in human biochemistry are the levo-rotary versions rather than the dextro-rotary.

I couldn’t find a really good article on the subject, but I think there is a deep suspicion that handedness is related in someway to molecular chirality. For example, IIRC, most amino acids used in human biochemistry are the levo-rotary versions rather than the dextro-rotary.

Frankly it sounds highly unlikely that these facts about molecular chirality have anything to do with which hand is dominant. I can’t imagine a mechanism whereby one would influence the other. Yes, the amino acids in proteins are all in the L form (except glycine, which isn’t chiral), and biologically occurring sugars are, I believe, all in the D form, but that is the case not only for for both left-handed and right-handed people, but for all living things, including plants, single celled organisms, and animals that do not even have bilateral symmetry, such as jellyfish and starfish. I have never heard of a right (or left) handed jellyfish (or oak tree, or amoeba, or bacterium). [Note also that L and D chirality is only indirectly related to the actual effect of the molecule on polarized light.]

On the other hand, it is almost certainly relevant that, in humans, the left hemisphere of the brain, that controls the right side side of the body, is also where most of of our language function is located. This would not apply to cats, though. I would have expected them to be ambidextrous.

And yet, in people who’s organs are arrange on opposite sides of their bodies from what is normal, they show the same propensity to left handedness. From the article I linked to:

Amazingly, patients with situs inversus exhibit the same low incidence of left-handedness as is found in the general population (Cockayne 1938;Torgersen 1950).

One would think that having one’s insides completely rearranged might be reflected in handedness, but it’s not, indicating that the preference probably is expressed much earlier in the developmental process when molecular influences might dominate.

Also from that article

There is, however, an interesting set of observations that suggest that, even in mammals, chirality is determined as early as the first few cell divisions, and certainly before the streak appears. Nonconjoined monozygotic twins, while not exhibiting the kinds of visceral laterality defects that occur in conjoined twins, do manifest many subtler kinds of mirror-image asymmetry. Pairs of such twins have been noted to present mirror asymmetries in hand preference, hair whorl direction, tooth patterns, unilateral eye and ear defects, and even tumor locations and undescended testicles (Newman et al. 1937; Gedda et al. 1981; Yager 1984; Carton and Rees 1987; Beere et al. 1990; Townsend and Richards 1990; Morison et al. 1994; Cidis et al. 1997).

So yes, it is still well within the realm of speculation, I give you that, but it is far from fanciful speculation.

Anecdote: I have had both right and left pawed cats, and of the three I can remember which paw they preferred, it was one left and two right. They were all males. My current female seems to have no preference, and I don’t remember what any of the past females were, but I do recall noticing that many of both sexes had some preference.

This one seems to be right-handed.
www.youtube.com/watch?v=CSK1D3bZhRs

Why does it appear to be right handed?

Why does it appear to be right handed?

Sorry, I may have misremembered… when it’s saying “Take… the fucking… paper…” it whomps the printer tray a few times, and I remember it being right-handed. Was it a lefty instead?

Bold added.
So there’s that.

If cat species are similar, some info might be gleaned from this thread. However, so far as I’m concerned, tl;dr.