How Serious is Michael Cohen's violation of Attorney Client Privilege?

I’m not sure there’s a GQ answer.

I thought Attorney Client Privilege was one of the most important principles of law? Haven’t attorneys risked jail rather than betray this duty to their client? That would include any attorney records?

Not to mention illegal recordings. I’ve read news stories of well meaning people recording conversations. For example, someone might admit to vandalizing property. But, the person who made the illegal recording faces far greater Federal prosecution for their deception.

Wouldn’t Cohen’s recording be thrown out by any responsible judge? There is the principle of the fruit of the poisonous tree doctrine in the law. Why would Mueller risk seizing this recording?

Fruit of the poisonous tree

Fruit of the poisonous tree is a legal metaphor used to describe evidence that is obtained illegally. The logic of the terminology is that if the source (the "tree") of the evidence or evidence itself is tainted, then anything gained (the "fruit") from it is tainted as well. The doctrine underlying the name was first described in Silverthorne Lumber Co. v. United States, 251 U.S. 385 (1920). The term's first use was by Justice Felix Frankfurter in Nardone v. United States (1939). Such evidence...

I’m not defending Trump. It’s the role of Attorney Client Privilege that is bigger than any b.s. political maneuvering or desire to take down a President. If people can’t trust their own attorney? Where does that leave us? Rules have to be applied equally for everyone. 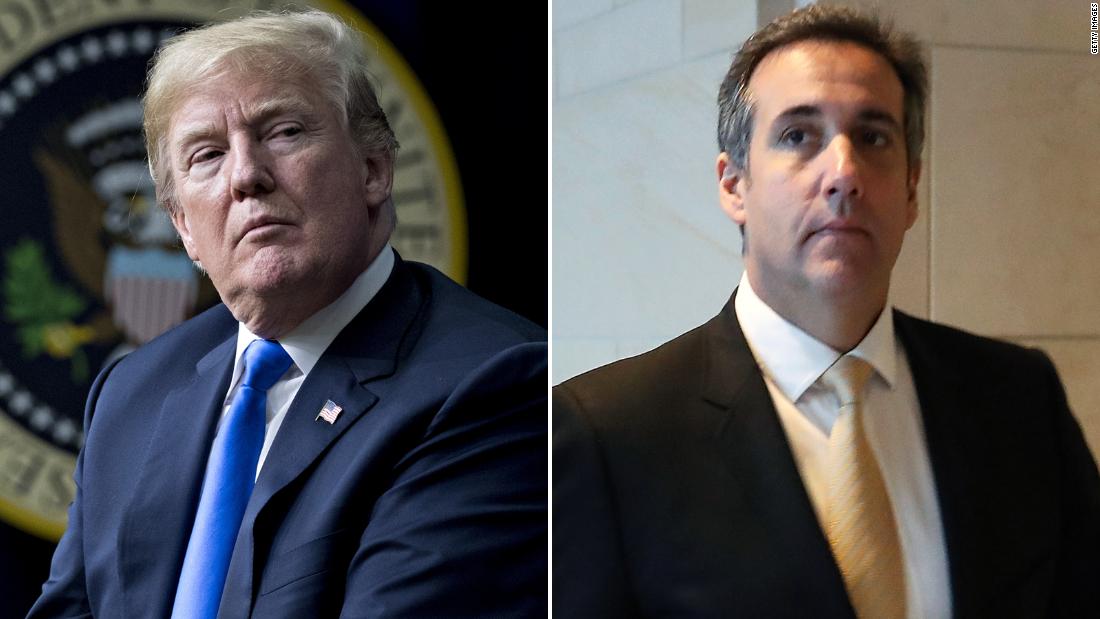 President Donald Trump lashed out Saturday morning at his former personal lawyer Michael Cohen and mischaracterized the government's April raid of Cohen's home and business, one day after reports that Cohen recorded a conversation with Trump about a...

I think the point is that most of Cohen’s work for Trump, he wasn’t acting as his attorney, but as his “fix-it man”.

None of the recordings were illegal. New York is a “one party consent” state, meaning that as long as Cohen said they were ok, they were legal. trump could be kept in the dark about them without violating jack. As for attorney-client privilege, none of the stuff in the recordings is even remotely covered. All those recordings have been examined by a legal panel and found to be outside the bounds of privileged communications. All of it is admissible.

New York is a “one-party” consent state, meaning that as long as one participant in the conversation gives permission to record, it is legal.

So it wasn’t illegal to make the tapes.

The ethics committee of the New York City Bar Association issued an opinion in 2003 that a lawyer may tape a conversation without disclosing so “if the lawyer has a reasonable basis for believing that disclosure of the taping would impair pursuit of a generally accepted societal good.”

It is entirely possible Cohen could be disbarred for making the recording. It’s not like Cohen had some noble purpose.
And as for the fruit of the poisoned tree:

Fruit of the poisonous tree is a legal metaphor in the United States used to describe evidence that is obtained illegally.

The obtaining is when the feds executed a lawful warrant, so it would not apply. If these tapes end up being used it will be because they were judged not to violate attorney-client privilege, so that’s not relevant either.

So you linked to an article you hadn’t even read?

I read other articles yesterday. The one I linked was just a quick Google that I grabbed for the thread.

I have talked with friends. There’s a lot of confusion about recordings and attorney client privilege. These topics are worth exploring.

It’s state by state. Here in Illinois, both parties need to consent to a recording. That why you often hear variations of ‘this call may be recorded for quality control purposes’ at the beginning of a conversation. Staying on the line is considered your consent.

It has only been a couple years now since the law was changed to explicitly allow the public to record police encounters. Before that change, you could have risked facing felony wiretap charges.

If I understand the Cohen matter correctly, he’s accused of being an active participant in a crime … so the materials gathered weren’t for his client’s information, rather Cohen’s information … lawyer’s have no privilege for their own crimes …

This is a key thing. If a lawyer is participating in a crime with a client, then a lot of protections go away. He’s no longer a lawyer, he’s a crook.

Hearing about a crime is one thing*, being a criminal is another.

As others have noted, this is determined at the state level. Here in Colorado, we are also a 1 party consent State, so only 1 person on the line has to be aware of (and consent to) the recording. Police will actually sometimes assist a victim with calling up a suspect to get them to confess while secretly being recorded (an example I can think of: a guy was accused of molesting his daughter. So, police had her call him up and tell him that she wanted him to stop touching her inappropriately. His reaction? “Okay.” That response is going to be used by law enforcement to bury him if he’s stupid enough to go to trial instead of accepting a plea).

The other part of this is the attorney-client privilege. Cohen didn’t breach it by having his tapes confiscated by the feds. And there’s nothing that i have seen to show that Cohen has been talking about it. In fact, I believe it was Giuliani who confirmed it. As a Trump lawyer, Rudy’s words are arguably at Trump’s behest, so it is possible that Trump has now waived privilege, freeing Cohen to now speak of it.

But I don’t think that just having confidential materials end up as part of an investigation means that you’ve breached the client’s privilege. Of course, as with all things legal, exceptions and nuances which I have not researched likely abound. YMMV.

It’s a moot point now, because Trump has waived attorney-client privilege for the recording.