How should I cook my brisket? Need answers fast

I bought a nice brisket yesterday. I was going to make a pot roast (braise it in tomato sauce/water with some onions and other veggies) but I’m considering a dry method, or some other preparation. Any suggestions? I can’t smoke it – I will be cooking indoors, in the oven or on the stove. Otherwise, I have most of the usual cooking equipment, and a fairly well-stocked larder.

I also bought an oxtail, and I’m starting the oxtail soup first.

There’s dozens of recipes online. Some spicy and some bland. Here’s a tasty one for a slow cooker. 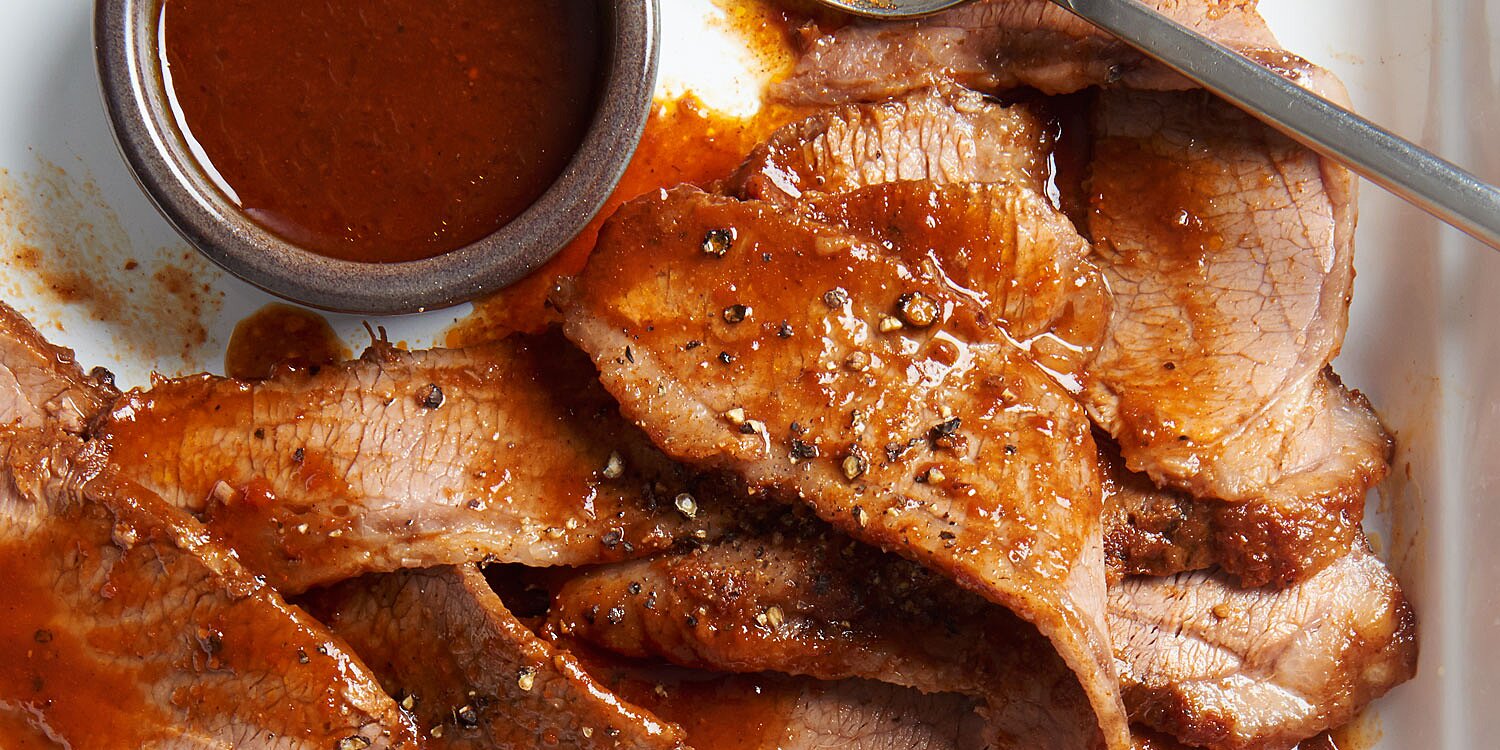 Brisket is rubbed with spices and liquid smoke and then cooked in a slow cooker with barbeque sauce until tender and juicy.

I have made this recipe

I have also made this recipe which is probably pretty close to what you were going to do already.

How to Make Brisket for Passover That's Both Moist and Tender

How to achieve that rarest of feats—Jewish-style brisket that's both moist and tender—for Passover, Hanukkah, or any other occasion.

I liked it better. If you don’t have a smoker (or a desire to use one) I would go this route rather than trying to fake BBQ . But the first recipe is good and is more similar to a dry cooked roast.

Yes, the second one is pretty close to my regular brisket recipe. Thanks.

And… traditional Jewish brisket it is. Inspired by the recipes, i added a splash of balsamic vinegar and two splashes of Worcestershire sauce.

When I’m not smoking mine, this Jewish style recipe is my favorite. Simple and just so damned good. Doesn’t need any doctoring.

Run it through a warm room, I’m hungry!

In my opinion, the secret isn’t the recipe. It’s the time. Not enough time, hard and chewy. Too much time, loose and stringy. You want it to come out so you can slice it nicely across the grain with out it falling apart, while at the same time being moist and tender.
I rub mine with Cajun seasoning (or whatever dry season you like), wrap it up tight in foil. The cook on 250 for about 6 hours for a 5lbd brisket.

The vinegar and Worcestershire worked great. I didn’t add much, and it was subtle, but added depth the gravy. It didn’t hurt that it was a very nice brisket to start with.