How to cook aged beef

I realize I can JFGI, but I wanted to ask here before I dive in.

They had some on sale at Fareway (small Midwestern discount grocery chain) for $8.99, so I picked up a large T-bone, which should be good for several meals. I’ve never cooked, or had, aged beef, so what should I expect?

The guy at the meat counter, who was 20 years old at the most, said that a lot of people are grossed out by the idea, and some people even consider it spoiled. I do know that it’s been stored long-term in carefully controlled conditions, and is not spoiled although it is somewhat, ahem, decomposed.

I don’t cook it any different than regular beef. It should already be trimmed, so just salt, pepper, and maybe some garlic powder, sear, cook to an internal of 125 (or do it the reverse method, where you cook it in the oven at 225 to evenly cook up to about 100, then finish it over a very hot pan or grill for about one two minutes a side to bring it up to 120-125. Here’s the technique in detail.) If you want to get a little more decadent, baste it in garlic butter at the end.

Sorry: totally off topic, but I couldn’t resist…

Is Aged Beef something specifically they sell normally in their butcher section, or do you mean “reduced in price because it’s close to the best use-by date?” If the latter I have no problem buying and cooking *Manager’s Special" beef as our local (HyVee) store calls it; I simply cook it as normal. I figure beef gets aged anyway, so this should be OK. On the other hand, I avoid any such pork or chicken deals, since they usually actually smell somewhat rotten.

or do it the reverse method, where you cook it in the oven at 225 to evenly cook up to about 100, then finish it over a very hot pan or grill for about one two minutes a side to bring it up to 120-125. Here’s the technique in detail.

Don’t do this with aged beef. The aging process removes a significant amount of moisture to concentrate the flavors. An aged steak needs to be well seared before bringing up the temp inside. Use tongs; not a fork for turning. If you are one of those people who can gauge doneness without sticking a thermometer into it, do that. Let it rest for at least five minutes before serving. DON’T LET ANY MOISTURE ESCAPE!

“Searing meat to seal in the juices” is a cooking myth. It is an extremely important step, but not for that reason.

“Don’t pierce or cut the steak because you’ll lose precious juices” is also a myth.

“Poking the steak with your finger to gauge doneness” is also a myth.

There are one million cites online, but this particular guy rocks.

tl;dr: always use a thermometer. It’s really the only way to be accurate, and it becomes especially important if you’re cooking expensive cuts. You don’t want to waste good meat.

This is from a proprietor of dry aged meats: 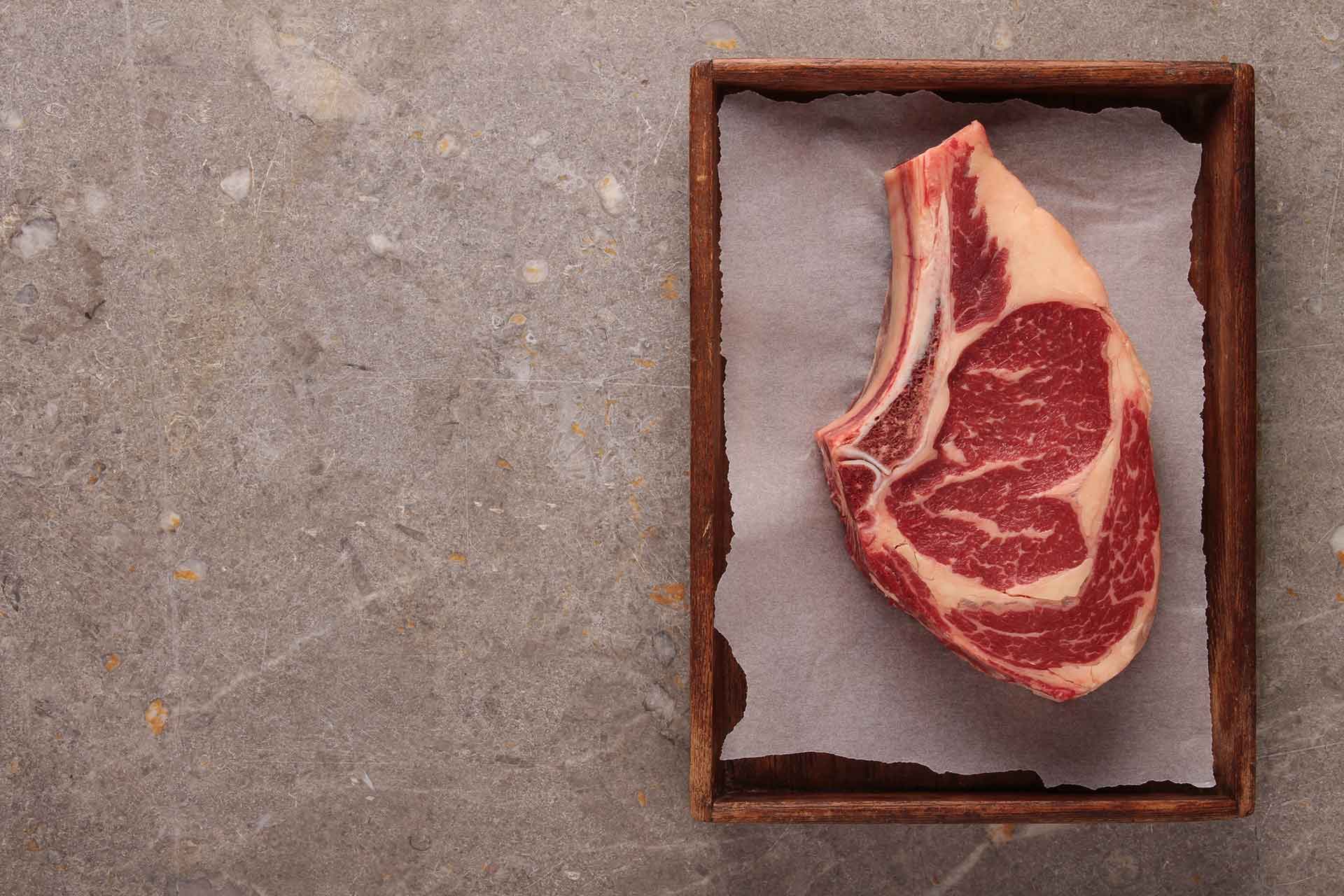 Dry-aged steaks are different from fresh-cut steaks. During the dry-aging process, we’ve removed a significant amount of moisture to concentrate and

I’ve never had an issue. shrug

(I should add, though, I don’t do the dry-brining part.)

I’ve done this on $60/lb dry aged steak to no detriment to the steak I could detect.

Yes, it is a very pervasive myth, especially since searing is genuinely important for the development of flavor. And “sear the meat to seal in the flavor” is much easier to communicate than “sear the meat to activate complicated chemical reactions which blah blah blah.”

But chefs like J Kenji Lopez Alt have made careers at the intersection of cooking and science.

My cite was specialist. Yours is a generalist. Do you have anything that specifically refers to aged beef? It has less moisture to start with and that should be taken into account.

It doesn’t matter, because none of the things you mentioned contribute to “losing juices.” Searing steak doesn’t create a liquid-proof barrier, and your own cite says to use a meat thermometer (against your own advice).

eta: I would be willing to look at a cite proving that the proteins in dry-aged steak do form a liquid-proof barrier when given a hard sear, and eat crow afterwards.

and your own cite says to use a meat thermometer (against your own advice).

I only recommend it for those that have that skill. Despite what your expert says, there are numerous cooks who can judge doneness without a thermometer.

One thing to remember is a dry aged steak will cook faster. So be careful with your cooking times.

You can google “dry aged reverse sear” and find plenty of cites advocating its use: Dry-Aged 5th Rib Tomahawk A tomahawk is a bone in ribeye that has gained popularity because the beef is mouthwatering and the giant bone offers an extraordinary presentation. Enter one of our newer offerings, what we call the...

Have you tried it? I have, and it works well. I mean, if you prefer not to reverse sear, that’s fine. For me, it works a treat and I’m willing to do it with very expensive steaks.

And, yes, use a meat thermometer. You don’t lose any significant moisture that way. I can do a steak without a thermometer, but if I’m spending $60+/lb, I like to be extra sure. You can touch the meat, yes, and get a decent idea of how done it is, for sure. But nothing is wasted by poking the thing. That’s just myth.

"People’s reasons for eating rotten meat seem to differ from person to person. Some enjoy the feeling of euphoria that apparently comes from eating decomposed meat – a Reddit user described a feeling of “euphoria, unity, and family.” Beef aging (American English) or ageing is a process of preparing beef for consumption by aging it, in order to break down the connective tissue within the meat. Dry-aged beef is beef that has been hung or placed on a rack to dry for several weeks. After the animal is slaughtered and cleaned, it is hung as a full or half carcass. Primal (large distinct sections) or sub primal cuts, such as strip loins, rib eyes, and sirloin, are placed in a refrigerator unit, also known as a "hot box". This proc...

It was close to its sell-by date, and only once can I recall purchasing short-dated, discounted meat that was spoiled. I’ve had worse luck with “in date” items.

In the meantime, I decided to put it in the freezer for a few days, because I have decided not to cook it right away.

yeah in some threads there’s a joke about "used meat " its usually the 12.99 steaks that’s being sold for 5.00 because its gotta go in two days due to food laws (not that its actually going bad )

My uncle has always called those bakery outlets the “used bread store.”

BTW, whatever “whole” meat doesn’t sell often gets turned into hamburger or other ground meat, which usually sells quickly anyway.

Thawed it and cooked it this evening. This thing is big enough for 3 meals, so I had the first one, and it was very good, quite tender and almost buttery in texture. If I see it again for $8.99 a pound, I’ll buy some again.